When John Deere becomes too dear 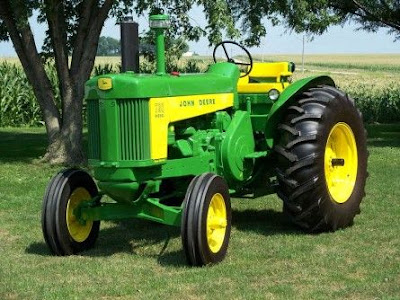 Very slow getting underway in the new year. I'm working on a course. My apologies to all.

Interesting article in Vice by Matthew Gault, Farmers Are Buying 40-Year-Old Tractors Because They're Actually Repairable.

It's not a long article but it deals with the problems of repairing equipment when you need a computer for the repairs and where the digital rights software attached to the computer built into the equipment require you to take it to an authorised outlet for repair, adding to time and costs.

So far, that rebellion has taken no form other than bewailing and a degree of anger when things go wrong. I am reminded of old man Carson in R S Porteous's book Brigalow. I really like that book. Mr Carson can be irascible, especially where equipment breaks down or service is bad. He is constantly threatening to write to the manufacturer or supplier.

One day after a really bad blow-up he goes to his office and gets our a pad and pen. Normally, he only uses the office to write up accounts or keep that detailed weather log that forms the love of his life. There is a considerable pause and then he comes out onto the verandah to get a glass of water from the canvas water bottle that hangs there all the time to keep cool, "You know, Bob", he says to his manager Bob Anders, " one day I will write."

I guess that I'm a bit like old man Carson. Still, you never know.

kvd kindly pointed me to this 2015 link which shows that the John Deere problem has been around for some time: New High-Tech Farm Equipment Is a Nightmare for Farmers

Again thanks to kvd for the links,the  in  'Right to repair' taken up by the ACCC in farmers' fight to fix their own tractors, the ABC's  Kit Mochan reports that the ACCC (Australian Competition & Consumer Commission) will examine whether international tractor manufacturers are failing Australian farmers who want access to software tools and parts to repair their own machinery. 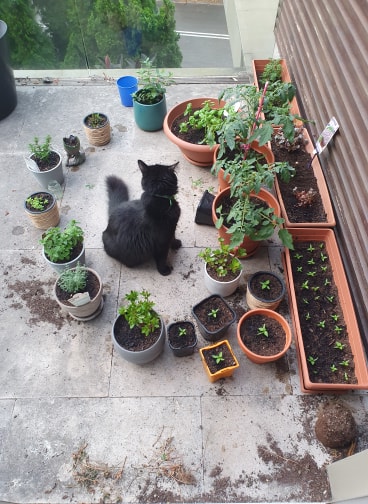 A friend used to laugh at me when I said went out the back door waving scissors saying that I was going to harvest the water cress. The current equivalent is cutting mint to add to the carafe of iced  water in the fridge.
Posted by Jim Belshaw at 1:24 pm 8 comments: