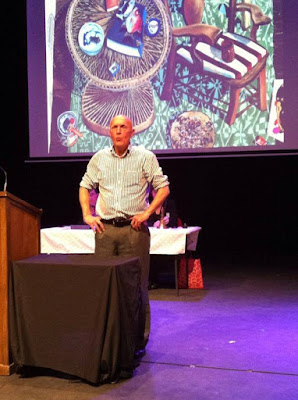 This is my personal blog. All that means is that I reserve the right to go in whatever direction I want as my interests take me. This may lead at times to a certain degree of incoherence, a lack of focus, but that’s all right.

I describe myself as a strategist, writer, speaker, commentator, mentor, historian and economist. This rather strange melange reflects my varied past.

I was born and educated in Armidale at the , the and the where I graduated with a fairly ordinary honours degree in history. I did enjoy university, however! That was part of the problem.

I had intended to become an archaeologist and Australian prehistorian, an interest I retain to this day, but ended up joining the Commonwealth Public Service as an Administrative Trainee with the Public Service Board.

I had also sworn that I would never become an economist. My father was, along with several other members of my extended family. Inevitably I did become one, completing a Master of Economics at the .

In the first part of my career I worked in the Commonwealth Treasury and Industry Departments including over seven years as an SES (Senior Executive Service, then Second Division) officer. This work involved a mix of economic and policy analysis at both micro and macro levels, along with the provision of advice to ministers. It also included program management in the high technology area, including management of the newly established Australian space program.

I left the public sector to establish a consulting practice. In this second part of my career I worked as a strategic and business improvement consultant and managed consulting practices, completing over 300 assignments for mainly blue chip firms. I also spent two years as foundation CEO of the Royal Australian (now Australian and ) .

Ten years ago I decided to change direction. I had long wanted to be a writer and had a number of uncompleted writing projects. I still do! I also thought that writing would allow me to transition to a new life style more attuned to the things I wanted to do over the last decades of my life. So I dropped out, looking for contract work that would keep me solvent to some degree while allowing me to write.

I am still working the balance out between my various interests. In work terms, I do want to focus on areas where I can make a contribution to client and community needs, to interest and to teach. I also want to continue to write and do all the other things that I find just so fascinating. It’s a difficult balancing act.

I began blogging in March 2006. Since then I have written several million words. I also write a weekly column in the Armidale Express. This started in 2008. Four editors and 313 columns later, I am still there.

My professional writing spans from tenders to training courses to editing to economic, business and policy analysis depending on just what is required.

My primary book projects are presently linked in some way to the life and history of , the broader New State New England. My biggest project is the completion of a history of the area over the last 50,000 years. This has been slow going for I constantly discover new things to research and write about.

The political posts on this blog fit with neither left nor right, nor 's present formalised divide between Labor and Coalition. They are written from the perspective of populism, a school of thought that denies the validity of much of left vs right, that does not accept that politics is divided into just two groups.

You can find out more about populism here.

This is an open blog where people are free to express their own views in comments and indeed in guest pieces if they so desire. I try to make it a welcoming blog, one that encourages discussion. The only rules relate to common courtesy, a recognition of the rights of other participants.

Hello Jim, I located your name from THE TIGER'S MOUTH... when I was reading about William Ak Ket.
You are a polymath and a truly Renaissance man.

I was born in Malaya but we have lived in Australia for almost 26 years.
We have something in common--writing and econs. I did not like econs at uni but since then have regarded it as one of the most exciting disciplines.

You are prolific and I have to read your articles bit by bit.

I am a self-taught composer, violinist and opera-singer who performs in charities.

Please contact me when you are in Melb. We have lots to talk about. I am a young man of 80!

with my esteem and sincere wishes. Peter 0451 118 656. I have an event on Zoom this Sunday. Plse write so that I can extend invitation

Hi Peter and thanks. I do apologise for my incredibly slow response. I missed the comment! I'm glad that you like my material - and economics. And I'm glad that you enjoy music. That's one of my weaknesses. I have no musical talent, I would like to meet you in Melbourne but I'm not travelling much at the moment sadly.