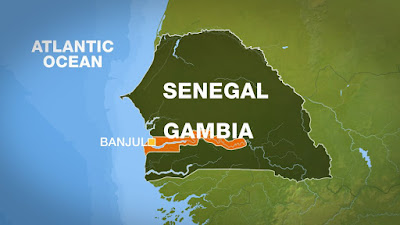 For those who do not know The Gambia, it is a thin sliver of a country in West Africa along the Gambian River largely surrounded by Senegal.

As 12am Gambian time, I watched the news to see what outgoing President Yayha Jammeh might do. Would he stand down to let newly elected President Adama Barrow take over or would he resist? Would Ecowas (Economic Community of West African States) forces intervene and, if so, when?

Mainstream Australian media, indeed most English language Western media, coverage of Africa is very poor. There is a distinct gradient in which Latin American and then Africa are at the bottom of the pile, with Africa very much at the bottom. The reason for that is very simple. There is very little knowledge of Africa. It has, indeed, become the dark continent.

It is no secret that I am older. I grew up in a world in which British Empire and Commonwealth were still real entities. I actually studied some African history at school, was exposed to coverage of African events if through an arguably distorted lens. That may give me a distorted perspective from the viewpoint of my African friends, but at least I know something!

To try to monitor what was happening in Gambia, I went to the BBC. Nothing. Frustrated, I switched to Twitter following the #Gambia tag. I was quite sucked in. There was the usual misinformation, late discoverers repeating earlier stuff, brief comments expressing opinions, in all a raw stream including lots of garbage.

Slowly a picture began to emerge. Initially, it was one of diplomatic activity, but of quiet on Gambian streets. The quiet seemed important. If President Yayha Jammeh intended or was able to use the security apparatus to maintain his position then you would expect to see signs of it. There were no such signs. Slowly, the picture unfolded. By now, the mainstream media had begun to catch up, including the swearing in of new President Adama Barrow in the Gambian Embassy in Dacca. However, in the midst of all the rubbish, Twitter provided the best early coverage.

This video shows Ecowas troops entering Gambia. It was first posted on Twitter before the news flashes appeared on the BBC.


This was followed by scenes of celebrating crowds in the Gambian capital Banjul including a shot later of the head of the Army dancing with the crowds.By now, it was pretty clear that President Yayha Jammeh was totally isolated.

Bloodshed was still possible. There was a real feeling of impatience, of wanting to get things over. Here the West African leaders seemed to be playing with a cool head, seeking a graceful exit with no violence. As I write, it seems that President Yayha Jammeh will go peacefully into exile, although there is still a degree of uncertainty. Whatever the result, the matter seems to have been well handled. 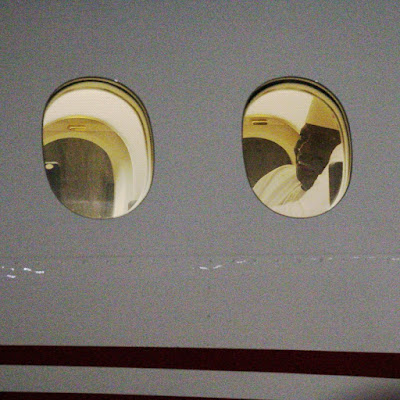 Perhaps Cornell University might assist: "Despite popular misunderstanding the right to freedom of the press guaranteed by the first amendment is not very different from the right to freedom of speech. It allows an individual to express themselves through publication and dissemination. It is part of the constitutional protection of freedom of expression. It does not afford members of the media any special rights or privileges not afforded to citizens in general."

My apology for the spam trap, kvd. I have actually brought your comments up now. That's interesting. I have to head, but will come back tonight.

I predict this will be last free election Adama Barrow will contest. Still, in a backhanded sort of way Gambia is ahead of the herd in Africa - they at least secured change of leadership.

Gambia is not the only place in Africa, DG. Accepting that twitter is not representative, many of the African specific feeds both hoped that this would be a new start and compared it to other places like Zimbabwe.