New New Zealand has been much in my mind recently, in part because youngest has been travelling there.

Last night I listened to the live election feed on NZ TV. Yes, I know that this makes me something of an election tragic, but I could not help myself.

Youngest rang. It's been very cold in NZ, with horticulturalists including wine growers battling to save their crops using a variety of techniques including mass helicopters - the downdrafts from the rotors were used to force warmer air towards the ground. Clare said that they had to erect their tents in the snow, a painful process because the tips of your fingers become so sensitive.

This was an election that combined new and old in interesting ways.

To begin with, the NZ electoral system has its own unique features. There are 120 seats in the single house New Zealand Parliament broken into three groups:

The general electorate and Māori seats cover geographic areas with members elected on a first past the post voting system. The 51 general list seats are elected by a proportional representation system under which:

If I understand the system correctly, the dual threshold for list seats means that total seats allocated can exceed 120. In this event, the size of Parliament expands to the degree required to accommodate the overhang.

Each New Zealander has two votes, one electoral plus one party or list vote.

There are some complexities in the whole system that I do not fully understand and have been meaning to find out, but I think that the general description is okay. For example, I assume that the special Māori seats do not count as electoral seats for list purposes, and there are also some rounding issues.

This mixed system makes for some fascinating complexities, almost mandating that all New Zealand Governments will be coalition Governments built around the two big parties - National and Labour.

Further, while many Australians assume that New Zealanders are like Australians (at the last census 389,000 Australian residents were in fact born in New Zealand), the two countries are really very different in terms of history, ethnic mix and culture.

Like Australia, New Zealand has been going through a period of rapid change, a process I discussed in a previous post, Pacific Perspective - Pasifika and New Zealand's Future.

New Zealand emigration has been offset by migration, increasingly from Asia and the Pacific Islands.

At the last census, 9.2 per cent of the population was Asian (6.6 per cent at the previous census). Mäori with 14.6 per cent of the population remained the second largest ethnic group, followed by Pacific Islanders at 6.9 per cent, up from 6.5 per cent at the previous census. While England still ranks number one as the birth place for overseas born, the People's Republic of China has now pushed Australia into third place followed by Samoa.

The geographic distribution of these various groups is very different, with migrants especially concentrated in Auckland.

New Zealand Labour has traditionally drawn its support from industrial areas, from urban voters in the bigger urban centres and from Mäori voters.

The rise of the Mäori Party has eroded Labour's position in the Mäori seats, while the Greens have also eroded Labour's in some areas such as Auckland. While there may be a natural alliance between Labour and Greens in some senses, the presence of first past the post voting in electorate seats means that Labour is the big loser from the Green Presence.

Prior to the election, the opinion polls were showing a clear "it's time" factor after nine years of Labour rule, allowing the Nationals to widen their base.  Further, the polls also suggested that Winston' Peter's New Zealand First Party, a Labour ally, was in a deal of trouble.

The polls were right. The following table drawn from Elections New Zealand shows the preliminary results from election night.

The Nationals always bolt in front at the start of counting because of the strength of their vote in rural areas that finish counting first. Labour did begin to claw the lead back, but it soon became clear that this would not be enough. In the end, Auckland swung heavily to the Nationals, while the Nationals also won Christchurch for the first time since 1996. 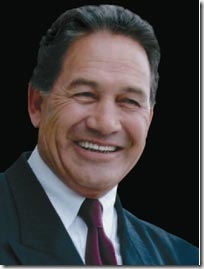 As counting proceeded, it quickly became clear that Winston Peters'  New Zealand First Party was in trouble, unlikely to win an electorate seat, unlikely to get to the 5 per cent threshold required for list seats. And so it proved. This result ended the long career of Winston Peters who first entered the New Zealand Parliament in 1978.

Winston Peters has been one of the most colourful New Zealand politicians. Whatever one's views may be of the man, he has never been dull!

New Zealand First's failure to get to 5 per cent was indicative of a broader feature. Of all 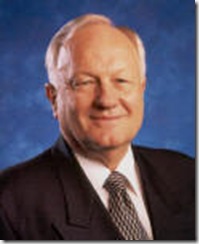 the minor parties, only the Greens passed the 5 per cent barrier.

After the Nationals, the big winner was the ACT Party, a right of centre party originally co-founded by Sir Roger Douglas. I dealt with Sir Roger's role as Finance Minister and in the then Labour Government in Changes in Public Administration - the New Zealand Model .

ACT significantly increased its share of the popular vote while retaining its electorate seat, presently giving it five seats. One side effect was the return to Parliament of the founder of  Rogernomics.

Dear Mr Jim,
I thank you for the comment and appreciation that you've give to me. I thank you again for making me blogs of the week in your blog.
It's very nice to know that you have an experience to involve in the election process, and I think that it has a different impression in your own past...
I really want to keep writing sir, and at a present may be I will post my written about global water crisis..you know that Im quite interest in human security problem.
Actually I am afraid to post something, because I feel that my English is bad and hard to understand.
If you dont mind, may I add you in my link? it is very nice to me to read every posting you write. Thank you very much.
best regard

As I said to Tikno in the same context, don't worry about your English, please write.That way you interest us while also learning. Of course there are some crudities in your English, it is a second language, but your real meaning is generally clear.

I would be honoured if you link to me.