Memories of Holden utes past

Travelling along the express way can be a tiring business. Stopping at a rest spot, my eye was caught by a ute. Surely not, I thought? 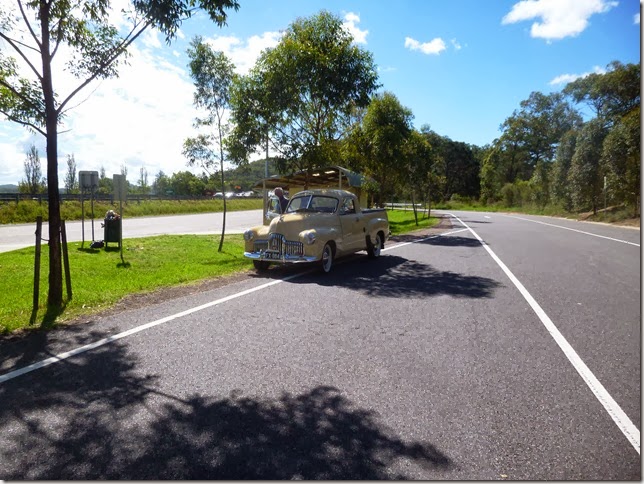 Suddenly swept by waves of nostalgia, I wandered across. It was! 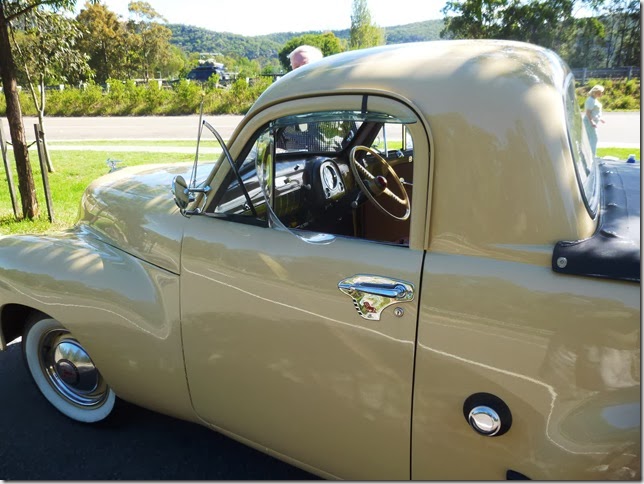 Growing up, my aunt and uncle had a Holden farm ute, nowhere near as well maintained as this one. It was, after all, used as a transport vehicle. David and I loved sitting in the back while the ute bounced across the paddocks.

I chatted to the owner. "It's bloody hot," he said, wipe a sweating red hot face with a small towel. He had just been to a motor show where he had been standing in the sun all day.

"Where did the ute come from", I asked. "It was on a farm at Cowra", he said. "It's taken me nine years to do up."  We wandered round the vehicle as we talked. 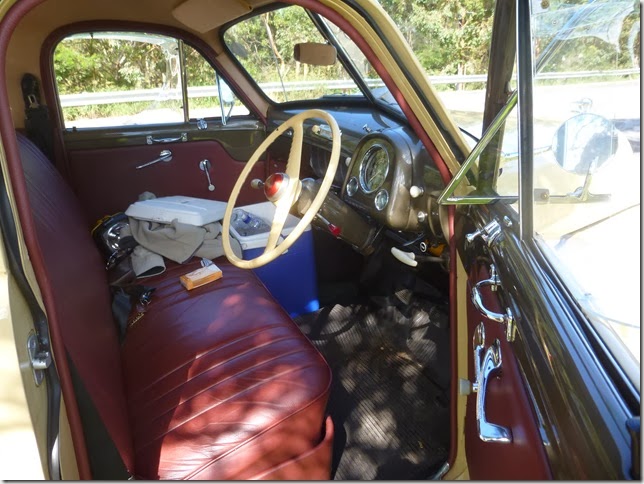 Looking inside at the bench seat, I thought how could we have fitted? There is Kay by the passenger window, Ron driving, the two of us in the middle. We are singing "She'll be coming round the mountain when she comes". Kay was a school teacher, and she did things like that to keep us entertained. You could add verses of your own choosing.

All this got me thinking. The front grille wasn't quite right. Ron's ute was not a new car. We were very young. The car must have been, in fact, a FX ute, the model before, the first Holden ute released in 1950.

The ute itself was, I discovered, an Australian idea.

We chatted on for a while, about motor shows and the increasing difficulty of getting original parts. Contented, I drove on towards Sydney. It was a fitting end to a good road trip.

Nothing like coming across one classic like that. One of my greatest regrets in life is having sold my modified for rallying car a few years ago as I ran out of parking space in our society with my son's and daughter in law's new vehicles coming in. Like you, when I see an old vehicle, I will go and talk about it with the owner. We have regular vintage car shows and I never miss any.

Isn't that the story of our lives, Ramana? You never quite know what you will regret most! I didn't know of that aspect of your character.