How far does Section 44 of the Australian constitution actually stretch? 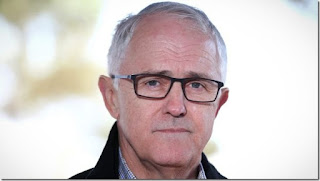 Being a senior politician appears to be an aging experience. The photos that are chosen probably don't help. Recent photographs of Australian Prime Minister Turnbull made me check his age. He is just 62. Its not only Mr Turnbull, of course. The frenetic pace now demanded ages all but the most durable.

The latest troubles involving Section 44 of the Australian constitution have not made Mr Turnbull's life any easier. The decision to ask the High Court sitting as the Court of Disputed returns to rule first on the eligibility of former Senator Bob Day (Family First) and then Senator Rod Culleton (One Nation) to have even run for election at the last election has thrown the Senate (and the Government's legislative plans) into a degree of disarray. A challenge to Senator Cullerton was already in-train, but the Government now wishes to become a party to the challenge.

Section 44 of the Australian Constitution reads:


44. Disqualification
Any person who:
(i) is under any acknowledgment of allegiance, obedience, or adherence to a foreign power, or is a subject or a citizen or entitled to the rights or privileges of a subject or a citizen of a foreign power; or
(ii) is attainted of treason, or has been convicted and is under sentence, or subject to be sentenced, for any offence punishable under the law of the Commonwealth or of a State by imprisonment for one year or longer; or
(iii) is an undischarged bankrupt or insolvent; or
(iv) holds any office of profit under the Crown, or any pension payable during the pleasure of the Crown out of any of the revenues of the Commonwealth: or
(v) has any direct or indirect pecuniary interest in any agreement with the Public Service of the Commonwealth otherwise than as a member and in common with the other members of an incorporated company consisting of more than twenty-five persons;
shall be incapable of being chosen or of sitting as a senator or a member of the House of Representatives.

Section 44 needs to be read in conjunction with Section 45.


45. Vacancy on happening of disqualification
If a senator or member of the House of Representatives:
(i) becomes subject to any of the disabilities mentioned in the last preceding section; or
(ii) takes the benefit, whether by assignment, composition, or otherwise, of any law relating to bankrupt or insolvent debtors; or
(iii) directly or indirectly takes or agrees to take any fee or honorarium for services rendered to the Commonwealth, or for services rendered in the Parliament to any person or State;
his place shall thereupon become vacant.

We have come across Section 44 (i) before in the context of the dispute over dual British/Australian citizenship, including the question of Mr Abbott's citizenship. It would have been inconceivable to the original drafters of the constitution that some one from the UK or indeed any of the dominions could or would have been classified as a citizen of a foreign power. Indeed, that was the case, I think, until the 1970s when attitudes changed.

Former Senator Day's case involves Section 44 (v). The constitutional question to be decided is whether the arrangements in regard to Senator Day's office constitute an indirect pecuniary interest for the purposes of 44(v) that made him ineligible to run for election last time. In the case of Senator Culleton, the question is whether his conviction in absentia at Armidale (the conviction was subsequently quashed) precluded his election under 44(ii).

There are lots of political atmospherics around all this. Put those aside and consider the wording of Section 44. What a mess. For example, does subsection (iv) mean that a person in receipt of an old age or disability support pension is ineligible to run for the Commonwealth Parliament? The exemption applied to (iv) in the last clause is limited to Ministers. Ordinary MPs are paid. Do they hold an office of profit under the Crown? I would have thought not, because they don't represent the Crown as such, but I don't know.

All members of Parliament are in receipt of allowances paid by Finance. Does this constitute a beach of (v)? If so, when? More broadly, how far does "agreement with the Public Service of the Commonwealth" stretch?

Finally, on 44(ii), there has been such a proliferation of criminal offences at State and Federal levels where the potential sentence is greater than a year that a remarkable number of people may be precluded from running for office.

No doubt the High Court will read the scope more narrowly than some of the questions I pose, but 44 is still a very messy section.

Piece by Professor Anne Twomey on The Conversation, Explainer: what is the challenge to Bob Day’s Senate seat all about? It includes a link through to the earlier decision on the Webster case..That, I think, is the strangest decision I have read!
.

Good morning and thank you marcellous. That was helpful.

So in the case of Senator Culleton, even though the sentence was subsequently quashed when he did show up, he was under sentence at the time of the election. However, going to a related question, if an offence is punishable under law by a sentence that may be longer than twelve months but the sentence awarded is less, does that still trigger the clause?

On your second point, you may be right. As I read your words, I thought of the Pape case. While this dealt with a different matter, it did go to the difference between executive and legislative action. Its not clear to me what pensions (what is meant by pension?) are mandated by legislation or subject to executive decision. It is hard to argue that a pension is an entitlement when the executive can determine whether or not you receive it and on what terms independent of legislation.

1. Culleton was not under sentence, he was awaiting sentence. Had a sentence been awarded, that would have been the measure of his ineligibility to be chosen. The status of a fine would depend on the relevant legislation but I'd suggest you'd be "under" sentence until you paid the fine. If he was already a senator, probably any conviction would instantly make his seat vacant because for even a moment he would be awaiting a sentence.

2. You may think it hard to argue, but I am reasonably sure that the High Court would make a distinction between a pension received under legislation (where any executive decision is ultimately subject to adjudication), and a pension of the more old fashioned sort that monarchs used to award at their "pleasure." Such ad hoc pensions are less common now though perhaps in more recent times the "Keatings" were examples of them, more likely the Menzies-era Commonwealth Literary Fund pensions were and posssibly arts grants (not that many artists make it to parliament) would fall into this category.