Forbes magazine provided a list of Asia's wealthiest families. I was surprised, I shouldn't have been, at how few I knew.

On 7 December, The Monthly carried a list of Australia's most Onion like headlines for 2016.  A few of my favourites: 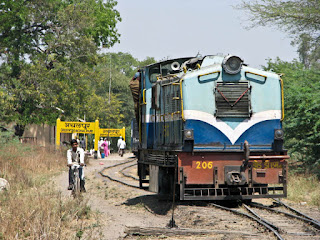 Via Ramana, I was fascinated by the story of India's only privately owned railway, the Shakuntala Railways.

The term the great Australian salute is applied to that characteristic hand gesture required to keep blow flies away from the face in many parts of the country. The flies grew in number because they bred in the dung left by the expansion of livestock numbers introduced by the European settlers.

Growing up in sheep country, the flies used to gather in large numbers around the backpacks carried on hikes, attracted by the salt in sweat. Australian introduced dung beetles as a control device. Now there is hope that  the introduction of new French dung beetles will complete the task.

Finally, India has apparently still not worked through the complications created by the sudden decision to withdraw the country's two largest banknotes from circulation as an effort to reduce the size of the black economy. It is still too early to know what the final effects of the move will be,

Whenever I see that term "western civilization" it reminds me of Mahatma Gandhi, who, when asked what he thought of it, responded "it would be a good idea".