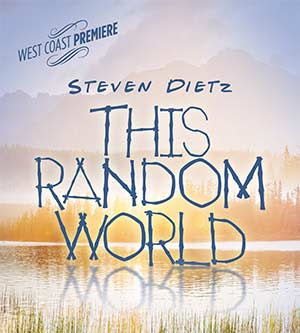 I was searching for an image around the idea of a random world and found this image from North Coast Rep.

The prior articles on that site are also worth a browse imo - Issue 42 for an Australian slant. Have a lovely day Jim!

Also, I found myself taking close interest in that young autistic kid just now found in Victoria. Something simple to worry about; shades of the "little boy lost" from my youth.

This is such a wonderful sharing. Looking forward to reading more!

One of the most visceral BLM stories I've stumbled upon lately:

Not trying to stir the pot. It's just, I wonder sometimes about the treatment we deal out to our fellow humans.

Afternoon kvd. First of all, thanks for the general link to policy for pandemics. As you suggested, I browsed back and found it interesting. And I did enjoy that cartoon!

I found the discussion in Issue 45 a tad depressing. Yes, predictability (placement, slant) is important, but I don't think that it properly captures why people bought/buy newspapers. Just as there are/were many types of newspapers, so people read them for different reasons.

Seven or eight years ago I suppose I bought the Age for the last time. I was visiting Melbourne and as is my wont I bought the local rag. I was appalled at the decline in the print paper. There was almost no content. Seven months ago visiting Canberra I bought the print edition of the Canberra Times. Ditto reaction. Something similar has happened here with the Express, in Daceyville with the Southern Courier.

I read to be informed as well, sometimes, entertained. But the reasons I buy or read particular papers vary. When the paper ceases to fulfil the reasons I stop buying or reading. There are some issues here I am still thinking through. My thinking keeps evolving.

We are living in an odd world, one in which information overflows but yet is increasingly information poor. There is a post niggling here, triggered in part by my return to Armidale. Sydney is now my new information black hole. I'm still interested in the place, but have no idea what is happening there.