Is Australian archaeology too "white" and unrepresentative? If so, does it matter? Reflections on Australia's changing social structures

I wonder how diverse the archaeological profession is in Australia, not very... at a hunch
... and how much whitesplaining occurs as a result....
Post UNE Archaeology Society Page
This post was linked to this article, Why the Whiteness of Archaeology Is a Problem, focused on the US and to a lesser degree, the UK experience. Later, another member posted a link to this article Comments on Why the Whiteness of Archaeology Is a Problem.
The articles and brief discussion made me uncomfortable. Rightly or wrongly, my first instinctive reaction was to think of them as part of the current culture wars. my second reaction was one of confusion. What exactly did the articles mean? How did that fit with my experience? To what degree did those articles based on particular individual and country experiences have relevance to Australia? This led me to a broader question:  to what degree do current debates about diversity actually reflect what has been happening in Australia? The thoughts that follow are not profound, simply some initial reflections.
As an opening comment, we tend to forget the importance of lags. The position now reflects past changes. The position in ten or twenty years' time will reflect what is happening now. A few examples to illustrate.
Australia introduced a mass migration program at the end of the Second World War initially focused on migrants from the UK and then Europe. Many of those migrants experienced discrimination, Today their children and grandchildren occupy positions across all segments and levels of Australian society. 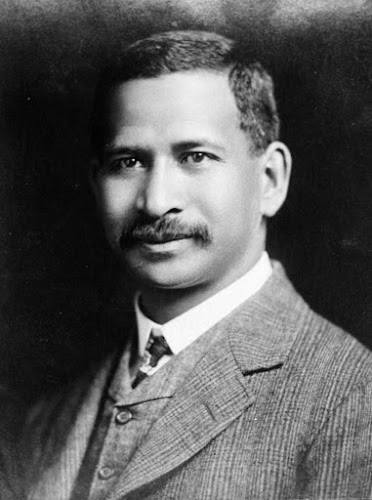 If you read Jim Fletcher's Clean, Clad and Courteous, the history of Aboriginal education in NSW, you can see how Aboriginal education was neglected and indeed twisted by community attitudes and institutional structures.
In New Zealand, the first Māori university graduate came in 1895, the first Māori doctor graduated in 1899, the first Māori women graduated in 1926. The Australian position was very different.
In contrast, the first Aboriginal person to gain a university qualification was Casino girl Margaret Williams-Weir in 1959 followed by Charles Perkins in 1966.
While much remains to be done, the position now is very different. By 2016, almost 25,000 Aboriginal and Torres Strait islanders held university qualifications.
In 1966 I was a member of the first prehistory honours group in Australia focused on archaeology and Aboriginal prehistory. Our group was certainly European. Further, we were just on the cusp of recognising the extent of continuing Aboriginal knowledge, of the importance of Aboriginal involvement in the exploration of their own history. However, there was a joy in it because we were entering new fields.
Looking back, I would say that Aboriginal and Torres Strait Islander involvement in Australian archaeology has changed along four key dimensions:
Within the limits of time I tried to quantify the last. The latest information I could find was this paper:  Mate, Geraldine, and Ulm, Sean (2016) Another snapshot for the album: a decade of Australian Archaeology in Profile survey data. Australian Archaeology, 82 (2). pp. 168-183. http://dx.doi.org/10.1080/03122417.2016.1213032.
The paper contains some interesting information including shifts in gender balance. The number of Aboriginal respondents was about 2% of the total. The authors noted that this was almost certainly too low because pf a poor response rate. My best guess, and it is only a guess, is that the proportion of Aboriginal archaeologists concerned with Aboriginal studies is above 10% of those archaeologists working in the field.
I see nothing wrong with this, it is to be expected. Of more concern is what I see as a decline in interest in Aboriginal studies among the broader archaeological community, and indeed more broadly, due in part to a greater range of choices as well as perceptions that non-Aboriginal people are not welcome in the field. There is a risk that Aboriginal studies may be becoming a ghetto area.
Outside the field of Aboriginal studies, my impression is that Australian archaeology is less ethnically diverse than the total Australian university student cohort or the broader Australian population, something that applies to the humanities in general. I was going to say least ethnically diverse, but upon reflection I think that's wrong.
Student composition reflects choices by students and parents, choices which vary between groups.  Perhaps the most striking example is the relative dominance of Asian ancestry groups in professions such as medicine, dentistry, optometry or even veterinary science. This reflects a cultural focus on the importance of education and the professions.
Again, I see nothing wrong with this, although it does have workforce implications.
Some fourteen years ago I undertook a study of the impediments that prevented country areas attracting city professionals to fill vacancies. As part of this, I consulted various professional bodies including the AMA, the specialist medical colleges, the Law Council and the dental, optometry and veterinary associations. By then, women constituted a clear majority of students with Asian ancestry students also in a majority in a number of areas. The problem from a country perspective was that these two overlapping groups were least likely to accept regional appointments.
To illustrate with a specific example, at the time Asian ancestry students formed a majority of vet science students while a majority were also female. Both groups and Asian students in particular tend to be less mobile. The result was an over-supply of small animal focused vets in suburban practice, an under-supply of country and larger animal vets. 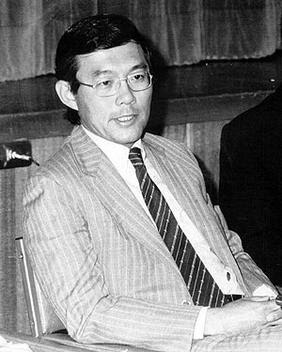 Heart surgeon Victor Chang. Born in Shanghai in 1936 to Australian-born Chinese parents, Chang was sent Sydney, in 1951 to stay with extended family. In 1962 he graduated from the University of Sydney with First-Class Honours and a Bachelor of Medicine, Bachelor of Surgery, going onto a stellar career in surgery.

I began this post with a reference to the importance of lags, citing the experience from the mass migration program immediately after the Second World War as well as the case of Aboriginal education. Asian migration is another case in point.
From the early example of Victor Chang we are now at the point where Wikipedia suggests that  those of Chinese ancestry make up 20% of Australia's doctors  The proportion of the Australian population claiming Chinese ancestry is around 6%.
I suppose in all this my key point is the need to look objectively at the evidence when we come to discussions about attitudes and trends, about representation and representativeness, to avoid becoming sucked into current tropes. Diversity is important as a general principle, but we have to ask what we mean by that. Australia is a new country if one with a long history so far as our indigenous peoples are concerned. We have to ask to what degree overseas tropes are in fact relevant. We have to recognise the existence of trends and lags.
Is the archaeological profession in Australia unrepresentative? If so, does it matter?
On my limited analysis, I think that both the current student population and the profession is more European, more Indigenous, than the respective shares of the Australian population. I have already indicated that I do not see the second as a problem. I would like to see more Aboriginal and Torres Strait Islanders enter the profession.
On the first, current student composition reflects student choices. Those choices will affect later workforce composition. It would appear to be the case that segments of the Australian population and especially the growing number of Asian Australians do not chose to study archaeology.   They prefer other choices.
Does this matter? I suspect not.
Posted by Jim Belshaw at 5:30 pm