Saturday Morning Musings - weekly round up

I hadn't seen the proposed senior modern history curriculum before; I must say that my heart sank. It's over-laden with extraneous matters and suffers from selection bias. If I was advising a student who could do just one history in final years, I would suggest ancient. By the nature of the subject, there is more history, less current perception.

I accept that I am not going to win this one, and indeed my heart isn't in it. It's just too hard.

One of the practical difficulties in writing history lies in the assumptions made about reader knowledge. If you look back at past histories, you can see that those writing in fact tacitly assumed certain levels of general knowledge among their readers. If you explicitly assume zero knowledge, then you face new challenges in deciding just how much information needs to be included to give the reader sufficient context. This is a constant issue in the writing that I do.

In February in Education and Australian skilled migration: a policy catastrophe? I mused about the impact of the changes in education and skilled migration rules on current students and Australia's export education sector.The current Australian Government cannot be blamed that the core problem emerged in the first place, although questions can be raised about the precise way the Government responded. Now the impact of the changes is starting to come through.

According to IDP chief executive Tony Pollock,international placements into Australia across IDP's network were down 37 per cent in April compared with a year ago, with current Indian demand almost wiped out. He said the Australian High Commissioner in India had told his staff there that the number of student visa applications it had on hand had crashed to just 200, compared with 8600 a year ago.

So far university student numbers have held up, with the decline concentrated in the vocational sector. Fifteen colleges have closed since the start of the year. According to Mr Pollack:

The government's desire to clean up the industry is entirely admirable, but they have made the changes so abrupt that there is little time for the kind of structural adjustment that is necessary in any big change of this nature, both for the students and the institutions.

Mr Pollack has a very specific interest in this one. Founded some forty years ago and now half owned by 38 universities, half by on-line recruitment firm Seek, IDP is the largest student placement organisation in Australia. IDP's business has clearly taken a hit. However, there was one thing that Mr Pollack said in passing that interested me; the decline in numbers in vocational and English language studies was likely to feed through to university numbers since these were feeder course.

I will continue to watch this one with interest.

The big floods continue to roll down the Darling River. There has apparently been some controversy (I couldn't re-find the link) about the volume of water that will finally reach the mouth of the Murray. The key problem is evaporation. The water takes so long to travel across the plains that a lot 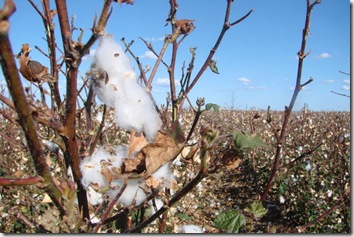 In the meantime, the area around Bourke has its first cotton crop in three years. Bourke has become one  of Australia's poorest communities. The better seasonal conditions flows through into the local economy in a variety of ways, including the return of seasonal work.

There is no doubt that this is a funny mixed up country. If we just take climate and weather, there are so many little micro-climates. So in the midst of all the rain that has taken place, Bundarra near Armidale remains obdurately in drought.

Growing up in a cold area by Australian standards, I have always been fascinated by micro climates, including the way you can sometimes create them. However, that's another story!

Finally, I do love the way in which changing Australia keeps on throwing up its own funny little cultural micro-climate equivalents.

I have a friend who knows a lot of funny wog jokes. Now he can tell them because, as he puts it, he is a wog! I am not, so I cannot.

There is a rather fascinating description of the Australian use of the term on the ABC's Lingua Franca program. I mention this because one of the currently successful Australian films is The Kings of Mykonos: Wog Boy 2. I also mention it because youngest (Clare) had an interesting experience in a Sydney lift recently.

She was standing there listening to a conversation between two girls. Both felt that Chinese settling in Australia must be required to learn English. Now I have always been relaxed about this one. But if I were to argue this line, I could quickly find myself in a degree of trouble.

Now what struck Clare was that both girls were Chinese, both speaking with very Chinese English accents. I guess that both can say this and for the same reason that my friend can tell wog jokes, they are the thing that they are talking about.

You recently said “too much politics” – to which one might add “and management” so, for a wet weekend I give you 101 Blog Post Titles:

Have a lovely weekend’s reflection.

Thank you, KVD. I found the questions interesting, and the music is playing as I write!

Hi how are you doing? I visited your blog and i found it so interesting,i want bookmark it..waiting for reply...

Hello,
Pasteur Pipettes: These are made of glass so that one can get a clear view of the liquid being transferred. They are reusable with the pasteurization process that is affected for cleaning.