Neil Whitfield's Poetic is a review of the DVD A Poet’s Guide to Britain (BBC Four 2009). It's obviously an interesting program. While I have not watched the DVD, reading Neil's post reminded me of my own present and still limited efforts to link locale and literature.

A post on the New England history blog, Maslyn William's New England, reports on my initial reactions to Maslyn Williams' His Mother's Country (Melbourne University Press, Carton, 1988). Since then, I have read the book several times.

The book won the 1989 NSW Premier's award for non-fiction and deservedly so. Written in the third person, Williams refers to himself as the lad throughout, it records his reactions upon leaving England and then working as a jackaroo on a large station outside Tenterfield.

For those who don't know it, Tenterfield is a small town towards the northern edge of the New England Tablelands. It is probably best known today for Sir Henry Parkes' 1889 Tenterfield speech on Federation and for the Peter Allen song Tenterfield Saddler. This song says in part:

The son of George Woolnough went off and got married
And had a war baby
Though something went wrong and it's easier to drink than go crazy
And if there were questions bout why the end was so sad
Well, George had no answers bout why a son
Ever had need of a gun

And here's a clip of Peter Allen singing the song.

You will again see (hear) the reference to jackaroo, a young man who worked on a station for several years to gain experience in order to become an overseer or property manager. Later, the word jillaroo was added to cover the female equivalent.

The station that the lad ended up on was quite a big one, 20,000 acres (8093.712 hectares) of freehold plus an equivalent amount of leasehold, with 20,000 sheep and 1,000 head of cattle. The station itself was a self-contained world, a small village, although the lad did become involved in the broader community.

This contrasts with Judith Wallace's Memories of a Country Childhood (Queensland University Press, St Lucia, 1977), another well written book set on another station to the south from roughly the same time period. Whereas the lad's station looked out to a broader world, Judith Wallaces' world looked in, centring on the world of the property, Ilparran, itself.

Maslyn Williams would go on to become a well known Australian documentary film maker and writer. Already he was recording details of life in letters and diary notes. To Williams after his experiences in the Second World War, life on the station became enshrouded in golden memory.

Earlier I said that I was wrestling with questions of locale and literature. Part of my problem is the sheer richness of the material.

I don't know why the New England or Northern Tablelands spawned so much writing. It actually gives rise to a balance question, for I am writing a history of which the Tablelands is but a part.

"South of my day's circle, part of my blood's country," wrote the New England poet Judith Wright. She went on:

Part of my problem, too, is that some of the writing is just so good. Leaving aside my own feelings of literary inadequacy, I constantly want to incorporate the writing because it tells stories in a way that gives very real emotional content to the narrative.

Though something went wrong and it's easier to drink than go crazy
And if there were questions bout why the end was so sad
Well, George had no answers bout why a son
Ever had need of a gun 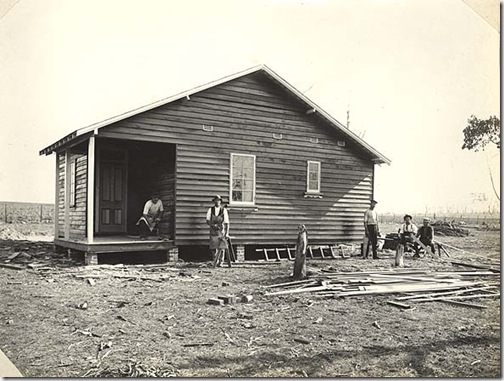 The troubles of those who came back from the First and Second World War were glossed over at the time. I am not being critical when I say this. It just reflects the numbers involved, as well as social attitudes.

Williams talks a little about this, focusing especially on soldier settlers. These were returned servicemen settled on the land. A large number failed.

This photo shows as soldier settler's cottage at Kentucky south of Armidale.  This was actually a relatively successful exercise. But it will give you a feel for the difficulties.

When I first started my history of New England I actually had no idea what I was getting myself into. I am writing a history, yet the things that I want to include grow exponentially and extend beyond history narrowly defined. I really want to tell a story that will be interesting.

There is just so much to tell. 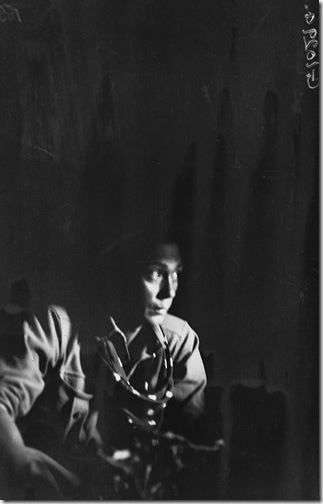 This is a photo of the adventurer and spy Harry Freame. I spoke of him in New England Story - The life and death of the mysterious Harry Freame.

After the First World war, Freame settled on the Kentucky Estate as government storekeeper following its subdivision as a soldier settlement scheme, then acquired a block and established an orchard. So Freame was one of those who appears in the New England slice of the soldier settlement story.

Lap and overlap, all things that need to be integrated into the story.

The forest melts as we o'ertop the crest,
Yielding to homely scenes and paths we know,
While grassy uplands open to the west,
The rolling hills and downs of Dorrigo

A first cousin of English Prime Minister Winston Churchill, Frewen's story spans from the world of Empire in the the early twentieth century to his arrival on the rolling hills of Dorrigo. When my grandfather wrote a book on constitutional change and new states, Frewen sent a copy to his cousin. Clemantine Churchill responded quite politely!

This post has taken longer to write than I allowed. Yet it reflects my passion, indeed my obsession, to tell a story. I really want to bring the world that formed me alive, to save it from the dust bin of history. You really won't find it anywhere else.

Wonderful, evocative, teasing post. Get on with it Jim - and don't ever worry it won't be worthwhile.

Thanks, KVD. I will try to!

Another excellent post, Jim. I think that you sell yourself short when you talk about your own literary inadequacies.

I recently did some reading about Fred Ward - Captain Thunderbolt. Every Australian knows at least a rough outline of the Ned Kelly story and how that chapter of history led to change in the Victorian Police force. By comparison, Thunderbolt's story seems to have been largely forgotten and lost in the mists of time. Yet his story is equally compelling, perhaps even more so. It also involves police corruption in NSW and his death remains a lingering mystery that may never be fully resolved. Is it Fred Ward buried in that Uralla grave, or are his remains buried in Canada? Is it actually Ward's uncle buried in Uralla?

This is not just a curiosity. It goes to the heart of policing in NSW. Did the police do their duty or was there a monumental cock up and subsequent cover up? Where are all the official police reports and why has there never been a proper investigation despite the claims that the man shot was not Thunderbolt? This is not a totally closed chapter of NSW history.

Thanks, Greg. Interesting that you use Fred Ward as an example. The man has become so enshrouded in myth that the legend itself has become the story!

I used to wonder why Kelly attracted so much attention compared to Ward. It's partly the armour and all that, but its also true that Kelly had more political appeal.

I saw this very good post of yours and I liked it very much, I do not know how to praise it, I would just like to say that this post is one of the posts that I like very much and I am very happy to see these posts.
gurgaon call girls
neemrana call girls