Have you looked at The New Daily yet?  This is Australia's latest newspaper, just on line. It's mainly an aggregator, but its another source of information.

I see from The New Daily that the word selfie appears to be of Australian origin. I quote: 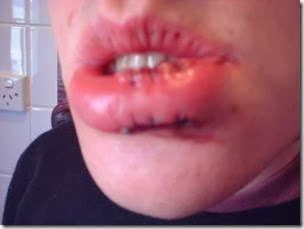 Oxford Dictionaries says in mid-September 2002, an Australian wrote on ABC online: “Um, drunk at a mates 21st, I tripped ofer [sic] and landed lip first (with front teeth coming a very close second) on a set of steps. I had a hole about 1cm long right through my bottom lip. And sorry about the focus, it was a selfie.”

Although “selfie” can be traced back more than 10 years, it only gained momentum throughout the English-speaking world in 2013.

Research suggests its frequency of use has increased 17,000 per cent over the past 12 months.

Hopey had started the forum thread seeking advice about whether licking his lips would make his stitches dissolve too soon. He went on to offer:

"Anyone wanna see a picture of it? It's pretty cool."

Hopey then posted a link to an image that was uploaded on the servers of the University of New England in Armidale.

The link is now dead - but the ABC was able to recover the photo via the wonders of the Internet Archive's Wayback Machine.

One thing is for sure: if this is the first selfie, it was not posted with the goal of garnering 'likes'.

Now the search is on to find Hopey!