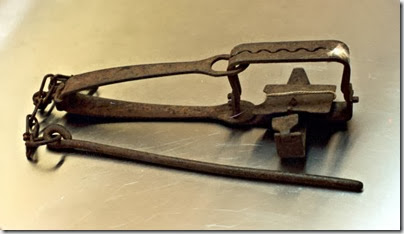 mance. Perhaps, as NSW Premier O'Farrell observed, it needs to recognise that it is no longer in opposition. However, it is (I think) a little more than that. Among other things, the Government appears to have locked itself into a straight jacket based on an unsound financial and management model. They have, if you like, wandered straight into a rabbit trap of their own making. To understand this, we need to look at the last period of the Gillard/Rudd governments.

The Labor Administration sought to roll out new policies and especially its signature policies of national disability insurance and Gonski school funding. Previously in the case of both the mining and carbon taxes, Labor matched prospective revenue with new spend proposals.

Treasurer Swan was publically committed to return the budget to surplus, This meant that the Labor Government started looking for savings including public service cuts via the "efficiency dividends." New expenditure proposals were  announced, but they were largely accommodated via cancellation  or deferral of existing spend. As revenue progressively fell below budget, the budget dance increased with constant variation to the forward estimates.

For its part, the Coalition was following a similar process, trying to refine its offerings, always looking for offsetting savings, As part of this process, it also committed itself to Labor's signature reforms. Now the problem here is that the Coalition's calculations were based on shifting sands because the Government's constant search for savings to fund its promises constantly undercut the Opposition's plans and associated assumptions. We saw the results with the public service cuts and now with Gonski.

The new Government suggests that it's predecessor was in some ways duplicitous.  That may or may not be true, although much of the information required to undertake the required analysis was available on the public record. However, there is a deeper problem.

The shopping centre approach to politics requires parties to put forward specific expenditure proposals. The cost offset approach popularised by the Howard Government requires proposals to be fully costed and offset by identified savings elsewhere in the budget, The mandate approach requires Governments to commit to doing just what they propose, something Mr Abbott made great play of.

The present position demonstrates just how silly all this is. Oppositions always operate from imperfect knowledge. Instead out outlining broad objectives, the Abbott Government is locked into specific proposals that the mandate concept demands must be delivered with offsetting savings when the savings aren't actually there, at least in the short term without huge pain. All very silly. See what I mean?

I think I see very clearly what you mean. And entirely agree

Thanks, Evan. It's actually difficult to get these things across.