Monday Forum – the Ukraine, a new war on terror and corporate investment

I accept that I have been very slow in posting. 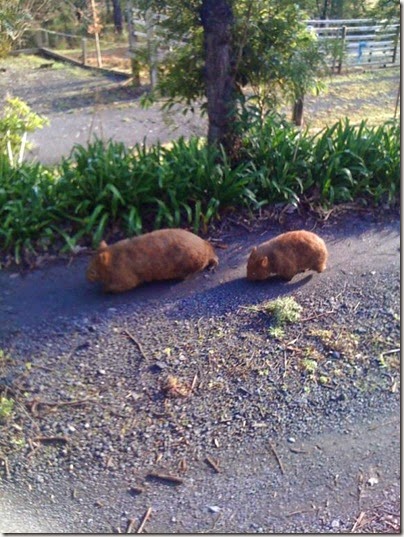 In the meantime, kvd sent me this photo. It was, he suggested, the Tesltra lineman and his apprentice inspecting kvd’s ADSL connection!

The international scene is a proper cheer up, just at the moment.

I haven’t commented on Ukraine for a while. I guess that my core feeling is one of sadness as exemplified by this story. This is a proxy war in the sense that those in the east have become victims of games played in Kiev and Moscow. Mr Putin can’t let the rebellion that he helped inspire and supported fail. That’s clear. But how far does he go and at what price?

In all this, there is one point that I noted. Europe is so dependent on Russian gas that it constrains their political freedom. I suspect that if it were not for that, the European response would have been far more robust.

I have always been cautious in an Australian context about arguments that say we must maintain capacities for strategic reasons. It does lead to special pleading. However, I do wonder now whether we have actually got to the point that the country might grind to a halt if the sea lanes on which we depend were interdicted to any substantial degree.

The Middle East and the New War on Terror

Meantime, the Middle East can best be described as a mess. Here I do wonder about Government responses.

Back in June 2007 I looked at terrorism and related issues in Moral Courage, Fear, Technology and the Decline of the West. It’s quite a good post and still relevant today.

I am not saying that Australia should not be providing a degree of military support against the Islamic State. I am concerned about the proportionality and common sense of some of the rhetoric and of the domestic measures that the Government is proposing to protect us all from home grown jihadists. To my mind, the side-effects from the preventative medicine are likely to be worse than the cure.

Over the last few weeks there has been quite a bit of commentary including from Australian Reserve Bank Governor Glenn Stevens on the failure of Australian business to invest. Animal spirits appear to be lacking.

In the days when I bought shares, I aimed for a mix of dividends and capital gain. That made sense in a more stable business environment since you could largely depend upon reinvestment in the business to increase value over time. It seems to me that that is no longer true. When any business pays out to much of its profits in dividends, its investment capacity declines. It becomes worse when the decline in investment seems to be associated with an absence of investment opportunities.

All this makes me cautious about supporting further cuts in business taxation at this point. The argument usually runs that if you reduce business taxes  then you will increase investment. That’s far from clear at this point.