Passing of the reigns at the Hutt River Principality 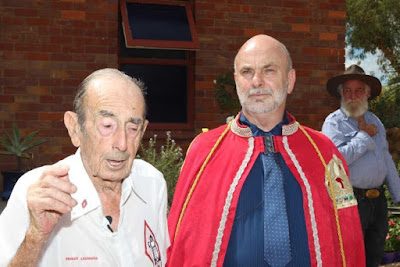 It would be remiss of me not to mention the transfer of power in the Principality of Hutt River from Prince Leonard I of Hutt to his youngest son Prince Graeme following the 91 year old Prince Leonard's abdication on the grounds of age.

The choice of Prince Graeme came as a surprise to Royal watchers since the eldest son, Prince Ian, had been designated as crown prince.

In accepting the role, Prince Graeme said that he would endeavour to uphold the philosophies and customs set so solidly by Prince Leonard and Princess Shirley.

The Principality of Hutt River is located 517 km (354 miles) north of Perth, near the town of Northampton in Western Australia. It has an area of 75 square kilometres (29 sq miles) with a resident population of 23 living in Nairn, the capital city. Some 10,000 people around the world have been awarded citizenship. 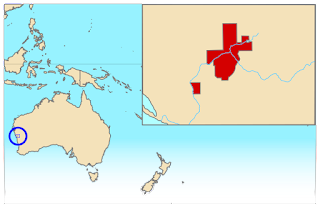 Hutt River's major industries are wheat growing, tourism and wildflower production, together with the export of memorabilia and services. The local currency is the Hutt River dollar which is fixed one for one with the Australian dollar.

Hutt River was founded on 21 April 1970 by Western Australian farmer Leonard Casley, who declared his farm to be an independent republic under the name Hutt River Province following disputes over wheat production quotas. A few years later, Casley began styling himself Prince Leonard and granting family members royal titles, although he did not include the word "principality" in the country's official name until 2006.

The relationships between the Principality and the Australian Government can best be described as fraught. Australia does not recognise the secession and has been forced to engage in constant activities to combat the Principality's attempts to assert its sovereign status. Most recently, the Australian Tax Office has taken legal action to recover $2.26 million in income tax, penalties and interest alleged to be owed by Prince Leonard. 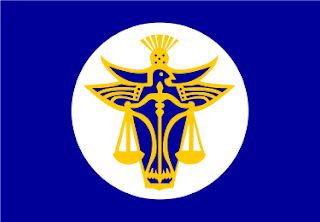 The relationship between the Principality and the West Australian Government is more ambiguous. The State does not recognise the secession, but the Principality has become a significant regional tourist attraction.

The State's Heritage register states that "Hutt River Province has high historic and social significance as the site of Australia's only independent principality" and provides information on the Principality's history. However, it also includes this disclaimer:

The relationship between Hutt River and the local Shire of Northampton is more positive still. The Principality appears to make rate payments on an ex gratia basis in return for services, while it has turned what would otherwise have been just a farm into a significant tourist attraction. The Kalbarri .tourism website lists the Principality as one the region's main attractions, noting (among other things) that "Visitor visa’s are available in the Government Offices or at Kalbarri Visitor Centre for a minimal charge. Passports may also be stamped for Entry/Exit at no charge."

After 47 years, the Principality has established a distinct place and identity. To maintain this while also achieving his growth objectives for Hutt River, Prince Graeme and other members of the Royal Family have to pursue a delicate path in continuing to assert the Principality's independence while balancing relations with an Australian Government and courts that do not recognise Hutt River's sovereign status and, in the end, have to capacity to force its destruction. 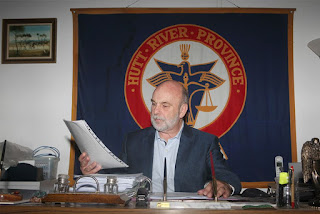 The Australian Supreme Court has not taken kindly (and here) to the arguments that neither the prince nor his father owe the Australian Taxation Office for claimed back taxes.

The own fascination will be obvious LE. A difficult balancing act indeed!