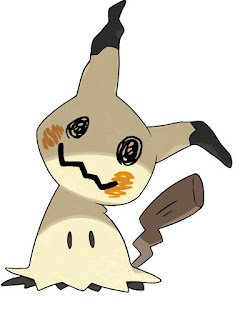 Another Saturday morning. Another day of swirling complexity. It's not so much that my personal life is complex, although I am having some difficulty maintaining focus and my productivity is down to blazes. Rather, so many things have been happening in my fields of interest that I have lost the ability to keep up! In turn, that means my ability to write and analyse is diminished. And there is so much to write about!

I am not going to catch-up in one post, nor do I want to add to a range of partially completed posts where my desire to make a substantive contribution was over-run by by the combination of time and events. Instead, a series of short posts follows focused on single points.

The political and social consensus that has underpinned the Australian response to covid-19 is now badly frayed. While I do not support the anti-lockdown protests, I do think that Government responses have become too rigid and rules-based.

The area where I live has had no covid-19 cases within 321 kilometres for many months. Most parts have had no cases. And yet, we are caught up in restrictions that affect all aspects of daily life.

Twice a week I set out the chairs for my history course, measuring the difference between the chairs.  Each chair is then wiped down with disinfectant. At the end of the session, the chairs are wiped down again and put away. Each person has to sign two registers, one for entering the building, the second for course attendance, to allow tracking in the event of an infection. Technically, the pens used should be wiped after use, as should the computer keyboard and the controls to the air-conditioning and audio visual equipment.

I do not object to this. I am grateful that my course is still running, even though I had to cut overall numbers and create an additional session to fit reduced numbers dictated by covid restrictions. A number of attendees have chosen to drop out entirely, others have switched to first semester next year, That course is already full from transferees to the point that I may have to run two sessions if current restrictions continue.

There have been benefits in the changes. Any teacher likes a dedicated class and I have both that and more time for discussion within the smaller groups. And yet, the continued restrictions have had a wearing effect that has increased as time passes and the immediate relevance declines.

As part of this, people have become less compliant. I find myself not wiping things. Problems are compounded by the continues suspension of the social infrastructure that formed toe core of many people's social life. The Armidale Historical Society, for example, has not met for months, a suspension that presently has no end in sight.

Things are opening up slowly in NSW, but the social infrastructure  on which so many and especially older people depend has been at least partially broken.

Much of the covid-19 discussion on older Australians has focused on two things: the increased risk associated with age and the problems associated with old people's homes. It ignores the millions   of older Australians who are active and were involved in a multiplicity of activities, activities that are critical to our society. The restrictions imposed for their own good have reduced their choices and contributions as well as the things that give meaning to their lives.

I was talking to an old friend recently. A fair bit older than me, he drives, is completing a new book of essays and is trying to stay in touch. His wife of many years died a few years ago. He adored her; she was his support and the centre of his life. Her death cut out his underpinnings. He also has medical problems. In all this, he goes on. Now covid-19 has wiped out many of the things that he was involved in. I think that he is waiting for death and that makes me very sad.

For those of you who are younger, remember this. As you grow older, the time you have to achieve things or indeed to enjoy things shortens. In my friend's case and given his health, covid-19 restrictions may have taken away a significant proportion of his remaining life.

These remarks are not an attack on restrictions nor the need for care. Rather, they are a plea for compassion and a more nuanced approach.

In Armidale, the boarding schools have been struggling with the management of borders coming from multiple jurisdictions. TAS (The Armidale School) has borders coming from four states and overseas. Each state has different rules governing travel, border permits and quarantine requirements, creating hardships and logistical complexities.

Further north, Queensland's imposition of  border controls had severe effects on border communities. Patients requiring treatment in Queensland were prevented from accessing that treatment. Borders attending Queensland schools could not come home for holidays because they would then need to quarantine for 14 days upon return. This held even though their home areas had no covid-19 cases.

Queensland declared the ACT a covid-19 hotspot even though that territory has had no cases for an extended period, the rationale being that the ACT is surrounded by NSW which had been declared as a covid-19 hot spot. That declaration in itself is an example of sloppy thinking, one based on definitions. NSW is not a covid-19 hotspot, parts of greater Sydney are.

Down south, the Victorian Andrews Government has set benchmarks that must be met before restrictions can be eased. in Victoria  Those restrictions treat regional Victoria as though it is a single entity, There, the regional cases are concentrated especially in the regional inner ring around Melbourne. Areas that have had no cases or no cases for a long time are being managed based on statistical measures driven by cases in a small number of places. As in Queensland, border areas adjoining NSW and South Australia have been particularly affected.

The effects of these restrictions on individuals are being played out across the media, eroding support for the continuation of necessary restrictions. This is an example.

At Federal level, the Morrison Government has been arguing for easing of internal border restriction and for the need for a national approach. I would have more sympathy for these arguments if that Government had not already displayed the same rules based rigidity, the same lack of compassion displayed elsewhere. The treatment of international students and of Australian citizens stranded overseas come to mind as examples.

With time, some of the more egregious features of the restrictions are removed or at least modified, However, the focus is wrong. Instead of focusing on enforcing the restrictions regardless, the focus should be on minimising the impacts given the need for restrictions. In Queensland, the Government found a way of managing the quarantine requirements to allow the AFL to carry out the finals there, a decision based on the economic value of the events. I don't object, but it leaves a bad taste when that same Government rigidly enforces restrictions on others even where those restrictions make limited or no sense.

This story from the Armidale Express, NEGS and TAS among region's schools supporting boarders unable to return home for holidays, provides a snapshot of problems facing Armidale boarders.