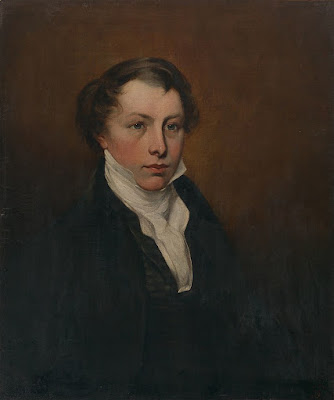 I am a little tired of fighting some of these battles. In a way, I no longer care. Let the chips fall where they may. In the longer term, it probably doesn't matter. However, a word of caution may be advisable.

Those who seek to have Boyd's name removed from settlements, roads and national parks do so because they are opposed to an aspect of his life. They wish to expunge Boyd's physical presence in the present day and replace it by a new narrative, part of an anti-colonial narrative. That is their right, but they risk a perverse result.

Assume that they are successful, Boyd will move from a primary figure to a secondary footnote in another story. Even now, Boyd is largely forgotten. The current debate has, temporarily, restored him to a degree of prominence, but this will pass. Those who wish to use Boyd to teach a moral lesson, to show an historical injustice, would be well advised to maintain his name in some way. Once it goes, so will their narrative.

Human memory is short. If you doubt this, look at the way the Whitlam dismissal has diminished, almost disappeared, from current memory. The passion remains among the diminishing number of those directly or indirectly involved, it has been recently strengthened by some nostalgia pieces, but the dismissal is still moving towards an historical footnote despite the drama involved. Doubt this? Then who was the Australian Governor who dismissed an elected leader, a huge event at the time?

If you wish to preserve our knowledge of Australian history, if you wish to use figures such as Benjamin Boyd to tell a story, you would be well advised to preserve names and monuments to act as an historical peg for your story. Get rid of them, and you risk the destruction of the story you wish to tell.

Dear James
It wasn't a Governor (sic), it was the Governor-General. Such an egregious error for a man of your erudition and learning! 1975; so you were literally just down the road as events unfolded. Did you pop up the hill for an eye witness experience?
Yours, in sorrow at your error,
JC

Phillip Game dismissed Jack Lang - which is where my mind went in answering Jim's question?

Perhaps, as JC suggests, it was a slip-up - but I usually take Jim's ponderings at face value :)

You are, of course, correct kvd. I wonder if Judi's comment actually demonstrates my point?

mea culpa, mea culpa, mea maxima culpa! And of course, learn to read the question!
Am I forgiven, and how did you know it was me?

On the first, JC, of course! On the second, how could I not?

Well, we still have a Bond University.

Totally, completely off-topic here, but I was reading a profile of Janet Malcolm following her recent death, and was directed to a much earlier 2011 interview of her in the Paris Review:

That is one of the finest pieces of writing/reporting (by both Roiphe and Malcolm herself) that I've read in a long time, and I just thought you might appreciate a reference.

Thank you for this link, kvd. It's wonderful writing marked by great clarity. Reading it, I felt a little inadequate in terms of my own writing.