Aide Memoire to Self - Things to Remember 2 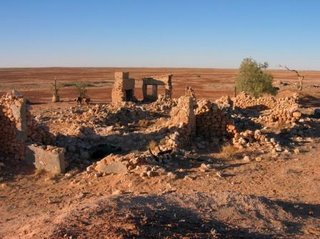 This post continues my notes to myself (previous) of things not to forget, of ideas and conversations, things read and thoughts. I have also just completed my weekly review of the blogs I normally read, although I have to follow through on some of the links mentioned.

The discussion at Learning Circuits on the big question - should all learning professionals blog - continues apace with 22 posts so far, 27 comments on the main post, 50 comments on linked posts. Dave Lee is trialing a new method that aggegrates all comments across all posts so that you can see part of each comment, allowing you to click through on ones in which you have an interest.

I found this quite interesting, although I am not sure how it will work. One thing that pulled me up, though, was the way in which it picked up comments I made on Bronwyn Clarke's blog, Melete Online. I had no problem with the comments being included, they were on the public record and indeed I will mention them in a moment, but they related to Brownwyn's blog and had nothing to do with the Learning Circuits discussion. So if I know this type of aggregation is being used I need to limit my comments to the topic to avoid unnecessary reading for others.

Discovery of Bronwyn's blog was one of the nice unexpected outcomes from the Learning Circuits blog discussion. She has a rather nice photo blog linked to the main blog. I was looking at the photos and suddenly thought, this seems remarkably similar in immediate theme (an outback trip) to another photo blog, one that I have often mentioned, Gordon Smith's Look and See. As it turns out, Bronwyn and Gordon are partners. What a small world! Bronwyn, too, has given me approval to use her photos to illustrate appropriate stories. So I feel very lucky.

Tony Karrer has made a number of posts on blogs and blogging linked to the Learning Circuits discussion. One dealt with the reasons why people don't blog. One quote that he picked up: it "felt so ... old white guys club". Ouch (!) given recent discussions on this blog on the sense of alienation and why it makes some of us suddenly feel old. Still, mate, I have to tell you that the majority of blogs worldwide are not written by "white" guys, probably not by "old" guys nor even in English.

In a related but different chain, Neil has also been musing about blogging. In a recent post he referred to a speach by Au Waipang (Yawning Bread) to a meeting at Singapore Management University on blogs and the future. Neil quotes: "What happens then, when the traditional mass media with its selective wisdom loses its hegemony? When national media is swamped by trans-national or hyper-local talk? When the window to the public square is spurned in favour of the peephole into private obsessions? Do we leave behind selective wisdom only to enjoy selective folly?"

I don't in fact share Au's concerns, or at least not quite in the way he presents them. I just don't think that blogs and blogging are that important. However, and this does link to Au's concerns, I am very interested in the way in which blogging affects the transmission of ideas for both better and worse.

The discussion has also made me think about the way I write and for what purpose. Memo to self: do not let your own views create a barrier between the reader and the ideas under discussion.

I have continued musing about cross-cultural comparisons, not just the similarites and differences, but also the way in which different mental frames affect understanding between even similar cultures.

At a professional level I have been trying to tease out some of the cultural differences within the professions on the Managing the Professional Services Firm blog. This started with the mudmaps series and is now continuing through a discussion on multidisciplinary working. I am finding this quite hard in part because to explain the veil created you have to first to identify and understand it.

Take discussion on his Adam Smith blog on the recently released top 100 global law firms measured by gross fees, Bruce MacEwen headed his story "98 of the "Global 100" are Brits or Ex-Brits. Say What?" He said in part:

"Now let's get behind the numbers:

In other words, 98 of the Global 100 are from the former British Empire. Can this be accidental? If not, why such a concentration? Is something going on here that we can say anything meaningful about?"

Noting that English language is important, Bruce suggests that the key factor is in fact that they are all common law countries, giving them specific skills directly relevant to the increasingly complex global business environment. So there is, in my words, a cultural match.

I have also been pursuing the cross-cultural issue on this blog, looking especially at education and training issues and the differences between the US and Australia. As an aside, David Maister had an interesting post "Creating Better Educational Institutions" that links to elements that we have been talking about. In that post he argues cogently that both Stanford and Yale who have recently announced new curricula for their business schools have, based on the reports he has received, missed the point. I plan to write on this.

Returning to the main theme, the education and training discussion on this blog has resulted in an off-line discussion between David Lee, Tony Karrer, David Anderson and myself looking at the possibility of running some form of exercise looking at cross-country comparisons in the approaches adopted to education and training to try to tease out some of the differences. I am hopeful that something will come of this.

I also want to pick up the emergence of what I call managerialism, the way in which the concept of the manager has been developed and twisted in sometimes pernicious ways. When former NSW Premier Nick Griener said a number of years ago that the business of government was good management, I shuddered and still shudder.

Now as a way of introducing all this while having some fun, I am thinking of putting on my economist hat - on this blog I tend to write as a historian, but I have a masters in economics and practised as an economist for many years - and applying some of the core principles from the New Zealand model (for a period New Zealand was the global test case of the new principles par excellence) to the NSW education system in a pure form without the distortions introduced by the Australian followers of the model. I think that the results would surprise and challenge.

I have a lot more that I was going to jot down.

One of the personal reasons I started the New England Australia blog was as a way of putting on the public record some of my historical research that I realised would never otherwise be published. Afer the disagreements among my examiners and the confusion on the PhD committee that destroyed my PhD, I sort of gave up.

My father was dying at the time and (I realised later) managed to get some feedback from inside the University even though it would still be twelve months from his death before I received any advice. Just weeks before he died, he told me that if the PhD thesis (he had read the total thesis before submission) was knocked back I should just let it go.

When the results came out, my external supervisor - I had two supervisors because much of the degree was done as an external student - was outraged. Colin Hughes, then the Professor of Politics at the Australian National Institute of Advanced Studies and a superb supervisor, told me that I should refuse to rewrite. He offered to get it published as it was with appropriate edits to meet the book format.

My internal supervisor essentially said it's all an academic game, the PhD Committee has stuffed up, do a bit more work and make a few cosmetic changes and everything will be fine. Either advice would have given an outcome, but it was all too hard.

Since I started these blogs I have done more historical research and writing than at any time since the PhD was submitted, and that's been nice because I do love history. Because it provides an alternative way of capturing value from that work I did in the past, it has at least partly lanced something that had been festering in ways I had not realised until I started research and writing again. And that's very good.

So I had been going to say something about my historical research, but that can wait until another day.