Surviving in an age of outrage - the personal space 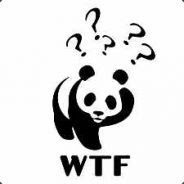 We seem to be living in an age of outrage. I know from reading history books or old newspapers that outrage has always existed. However, we appear now to be outraged about so many things and so strongly! And heaven forbid if you choose to disagree. Unless, of course, you are a cultural warrior from the other side when it all becomes grist to your particular mill!

A case in point is the current wave of sexual harassment allegations and the #MeTo movement, something that Neil tiptoes into with Christos Tsiolkas speaks my mind.

I note that, like many, the on-going discussion has caused me to review and question my own past behaviour. That is a good thing, but it's got to the stage that I say not another one, where will this end? I feel tarnished. I know that I'm not alone in feeling this. Some of my female friends feel likewise, that the movement has gone over the top.

There are just so many angry issues now.

At a purely personal level in personal conversation, I used to try to argue counter viewpoints. I do enjoy and argument and also like providing balance. Few issues are wholly black and white. Now where the other person has strong views and especially in a group with similar views, I find it best not to become involved, to listen. Life is too short and relationships too important to risk them over a difference in opinion. I also value having friends with a variety of views.

Mind you, this type of self-censorship is not new, nor do I apply it universally. There is an old saying never discuss money (or sex), religion and politics in polite company. I used to think that that was really fuddy duddy, old fashioned, but it was intended to preserve social cohesion in particular groups or societies by limiting discussion on key topics that divide, that are likely to put people against each other. While I am still of my original view, I am a little more sympathetic. Today there seem to be many more issues that divide.

I think that the problem is compounded by the echo chamber effect combined with diminished diversity in networks. I grew up in a smaller community with multiple, varying and often strongly held views. Survival in that community, the achievement of collective objectives, required a measure of self-discipline. I may violently disagree with X's views on Y, but I needed X's support to achieve a particular community objective. In most cases, best to shut up about Y unless Y is so important that it absolutely requires a response.

I mentioned diminished diversity in networks. I have to be careful, here. Is it just me? Have my own networks just shrunk? At one level that is true, for I see or mix with fewer people in a direct day to day sense. But I don't think that is the case, for I still mix across groups especially in the on-line world as well as in geographic space. I'm actually very lucky here, for my views are constantly challenged.

That said, I am conscious of growing uniformity in group views, of a decline in community cohesion and activity. Again I need to be careful here. I am no longer involved in certain activities such as school that provide a common base. Still, I do feel that people mix less, are less aware of and less accepting of alternative positions.

That's a personal perspective. For the moment and in the personal space, I suppose the key thing that I have learned in surviving in this age of outrage is that you don't have to play. Just respect others views and shut up!

In my second post in this series, I will look at the question of survival in the public space.
Posted by Jim Belshaw at 4:22 pm

As with everything (or so it seems) the internet has probably sharpened this, if only because people communicate (in a way) with others whom they never fear meeting. The drive for clickbait has probably also had an effect although that in some ways is just a modern version of the headline.

Your slightly Garden-of-Eden vision of rural neighbourhoods where people could learn to get along despite widely divergent views has always been subject to outbreaks of strife and vilification (not part of your vision, but I'm thinking of what happened in the former Yugoslavia as an example) and had the safeguard of the big city for those who couldn't survive within its cone of mutual tolerance.

Last year I caught up with a friend from uni who has always had more conservative views than I. Over time the divergence between our life outlooks has intensified (when we first met I was probably at my most conservative). I don't think the reunion was really a success and I doubt if it will be repeated.

I agree with you on the internet, marcellous.

You raise some interesting points in your second para. I didn't actually have rural specifically in mind. I'm a townie who grew up in a world where I had to straddle town, gown and country, biting my tongue in each case especially where political or cultural/value divides were involved. Somewhat ditto when I was living in Queanbeyan and working in Canberra.

A degree of cohesion is required to get things done, in some cases just to live together. The Yugoslav case is an interesting one for here you had deep historical divides that just blew up - as they had before. One could provide many other examples where you had very separate groups living together.

I like your phrase "cone of mutual tolerance." In fact I will pinch it for later use! That cone can and has been quite small. One of my underlying concerns is that it's been getting smaller. This takes me in a slightly different direction than my present muse, but its one I will come back too.

I have had similar experiences to your last, of course. It's not just a question of less in common, but there comes a point where the other's beliefs/values may grate so much that being with them is just too uncomfortable. That doesn't mean one can't cooperate, of course, but it makes friendship as such more difficult.