Monday Forum - How do we preserve civility and cooperation in a polarised world? 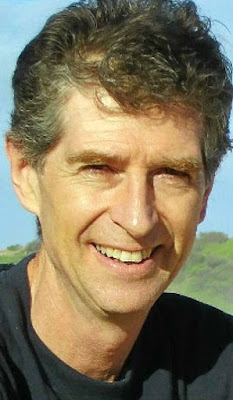 I suppose that this Monday Forum owes its existence to drinks I had last Thursday with Harry Creamer and his friend Andrew Waterworth. Both were in Sydney for a reunion of their old college. It was fun.

I regard Harry as a thoroughly good thing.  We really met when I was chair of Tourism Armidale and he was deputy chair.

I was trying to get people to see Armidale and tourism promotion in a new way. Forget the focus on just what Armidale and the immediate environs had. Think of Armidale as a base to explore a much greater area. It was a good base because of its attractions and life style, but there was so much more to be found beyond Armidale.

I was also suggesting that we should promote Armidale as the place that would have been capital of the New England New State. The existence of the separatist movement was a story in its own right, while Armidale as capital was to New England as  Edinburgh was the Scotland. I had some difficulties in getting both ideas across, but Harry was a supporter.

At the time, Harry was working for NSW National Parks. I did not know until later the work that he was doing on documenting Aboriginal languages and history across the broader New England.. His photos are now being digitised by the Australian Institute of Aboriginal and Torres Strait Islander Studies (AIATSIS.). I look forward to seeing them.

Harry has retired to Port Macquarie. There has campaigned for recognition of climate change through the North Coast press. He has also been involved in efforts to continue the work of Ned Iceton. Most recently, he has become a campaign volunteer for Rob Oakeshott, one of now 500.

Andrew Waterworth was also fun. A film maker and journalist, he moved to Dunedin and is now living in Central Otago. This is Pullar country, part of the New ZealandBbelshaws. so we had a lot to talk about.

I relaxed and enjoyed myself but, relaxed, I made some very rude comments about the Greens. Now I should have known better. A year or so back I did the same in Armidale, adding insult to injury with some positive comments about the Nationals. A long standing friend left the party to avoid getting into a fight.

Now this Forum was going to be about some of the inanities of certain parts of the environmental movement and especially the vegans, a follow up to this post,That Aussie Farms' map - a vacuous gesture that poses some individual dangers but has no meaning beyond.  But since I started writing, my thoughts have gone in a different direction. How do we preserve civility and cooperation in a polarised world?

I an mot sure that this is really a sensible topic for a forum, it's too amorphous.  But I think it's important. My friends span opinions. I like them personally and want to retain links. I also want to be able to pull people together to campaign on common issues where divides would otherwise prevent real cooperation. But how do we do that?

Over to you. As always, feel free to go in whatever direction you want. .

I'm sorry I can't address the specifics of your post Jim, because my mind is turned elsewhere - but I will note:

"There is a clear picture emerging of weather events becoming more extreme, with wilder storms and higher rainfall leading to worse flooding."

With 100 per cent of NSW now in drought, it’s time for some serious action on climate change.

- as issuing from the same brain - without, it seems, an ounce of introspection, and I'll just leave it there :)

What I wanted to make note of is the state of our electricity grid and the apparent lunatics in control of funding same:

1) 2012-2017 there-abouts, we were all entranced by the government-subsidised "gold plating" of our grid.
2) Then we were subsidising "renewables" as 'the future'.
3) And now the government is promising to hand out subsidies to consumers for the increased cost of electricity, while
4) issuing dire warnings about the instability of our network.

And our government-in-waiting wants to add the generation requirement implied for 50% of Australian cars to be "electric" within 10 years?

Neither party could successfully manage a school tuckshop imo - or even a lemonade stand. I think both parties should be issued with a government subsidised box of crayons, then told to sit in the corner and amuse themselves.

Jim and kvd
I agree about the crayons, kvd.
Jim, you raise an important question about preserving civility and cooperation in a polarised world. I have been thinking about this over the last year and have written a couple of posts about it on my blog.
My personal experience is that it is possible for people with widely different ideological positions to have sensible problem-solving discussions - provided they leave party politics aside. Polarisation seems to be making that more difficult, and impossible with an election looming.

This electric car charging thing is becoming a fascination for me!

The link above allows you to roam around the country to see current (forgive pun) EV charging stations,their number of outlets, and, from attached comments, their efficiency.

I've set it to popular local tourist destination Berry NSW - a town quite close to me which I ceased visiting on weekends some 20 years ago when it became impossible to find parking due to the Sydney daytrippers. You will see that charging is available at both the local bowling club, and the showground.

The user reviews are fascinating - July last year: "You should ring first and get the office to unlock the charging box. Charging fee of $4. The charger is very slow (approx 8km/hr)" - for instance.

I recognise this is our possible future, but with Berry probably still hosting 2,000 vehicles on an average weekend, even though it has recently been highway-bypassed, I'd suggest there needs to be some very serious thought given to the practical realities involved in getting all those 'furriners' charged up, and on their way home :)

Hi all. Back to comments tonight

Hi Winton. I remember you asking the question. It's not just party. We live in an issues world, making things more difficult. But I do agree with your point. It is possible to discuss issues if you deal just with the issue.

I remember many years ago I had a strong Labor friend who was active in the Women's Electoral Lobby. I was running for pre-selection for Armidale at the time and she wanted me to answer a questionnaire on my views on certain issues. I looked at her and said, Jo, even if I answered this the right way and was the highest scoring candidate, would you vote for me? She said no, laughed, and the matter was effectively dropped! I actually did agree with many points, but there was no gain for me in answering.

kvd, I should come back to your point on electricity because it's far worse than the picture you paint. And your comments on the electric car are germane.

I hadn't really focused until all this blew up. I had a fairly simple minded view that there would be more electric cars but only in certain circumstances where they made sense. And as a country driver that would be when I could dive long distances and then fill up in a short time.

That map of yours was interesting because it showed what a big gap remained before electric cars were suitable other than for short distance urban driving.

A short article in The Conversaion this morning:

- which mentions a couple of those practical problems, the first of which is:

An electric car with a typical daily commute of 40km requires roughly 6–8 kilowatt hours of energy to recharge, which is equivalent to the daily needs of a small household. In other words, if you purchase an electric vehicle, the impact on the local electricity network is about the same as adding a small house to the neighbourhood

So I went outside, in the darkness for a contemplative cigarette, and there was not a breath of wind (as there never is when I'm up at 2-3 a.m.), and I'm wondering - if we "smart schedule" our recharging to midnight-dawn - where is this additional electricity generation coming from?

This is not meant to be a 'gotcha' - it is just one of those practical considerations mentioned earlier.

The comments attached to that Convo piece are worth slogging through. There's quite a bit of useful info buried among all the usual dross.