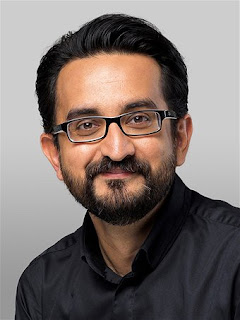 I hadn't hear of Sami Shah until I read What the fear of 'getting Yassmin-ed' says about free speech and racism in Australia. I suppose I should have, but then I am out of touch, I am, after all, an older white male, a member of what seems to be becoming an increasingly reviled species under multiple attacks.

I do not want to attack Mr Shah or his views, at least not directly. I know where he is coming from. I certainly do not wish to encourage attacks of the type I detest and have complained about whether applied to people like me or to others. But I cannot stand back in expressing an alternative view.

As an older white male, I have been though multiple cultural and economic changes over my life time. I have tried to respond as best I can.

I was born at the end of a huge war when the Empire and Commonwealth still formed a core structure of Australian life, I went through the late 1940s and the 1950s with decolonisation, the horrors of partition, the Colombo Plan, mass migration and the end of White Australia.

Then came the 1960s and early 1970s with its promise of liberation, sexual and otherwise, Women's Liberation and the Vietnam War. Then we had the oils shocks and the collapse of the welfare state. Yes, I  know we (and especially my right wing colleagues) still talk as though the welfare state exists, but it's really gone.

The 1980s saw restructuring as Australia opened to the world. This was followed by the 1990s, the start of managerialism, the rise of measurement, process engineering and the age of restructuring. The 2000s followed with their emphasis on isms. Then came identity politics.

I am tired, Mr Shah. Seriously, I am tired of constant change, of having to adjust to other's views. I am, to use Toffler's phrase, suffering from future shock.

Over the many changes of my life I have tried to adjust and have, I think, done an ok job. Let me take an example. I was twenty one.. I was standing on the steps of the union at the University of New England. with a male Pakistani friend.

The year is 1966. I was embarrassed because people were looking at us. In Australia. males did not hold hands. But by then, I knew that this was a gesture of friendship, that the problem lay in my mind. So I stood there and talked, holding hands. From him, I learned much about Pakistan and indeed India. Some of it was plain strange. Why should women stay in doors to avoid tans?

I am tired, Mr Shah. There are some battles I do not want to fight anymore.

There is racial prejudice in Australia. There is also bigotry of various types.

Working in the NSW Aboriginal Housing Office and going to community meetings, I learned about the prejudices against Aboriginal people that stopped them getting private rental housing. I heard of some absurd cases.

Travelling on Sydney buses and trains, I have heard racial or religious bigotry. I did not like it, nor did other people on the bus or train. The problem was to know how to respond in ways that would not make things worse.

I am not a supporter of hate speech legislation. But I do think that it has its place.

I am tired Mr Shah, tired of censoring what I say. Let me tell you that as an older white male who operates in the public space, I have to censor all the time. I have spoken a little of this here. It's bloody hard because bigotry goes both way, indeed multiple ways. I don't want to get into a fire fight, I want to shift views at the margin, not build a following with one view.

Recognising that bigotry exists, I think that Australia has done remarkably well. We can do better, but that requires a focus on our values and the cool exposure of those who breach our values. It also requires a recognition and respect of difference.

I guess that this brings me to my charge against you. You are dealing in stereotypes with an approach that will not help us deal with the problems we have,
Posted by Jim Belshaw at 4:16 pm

kvd. I do apologise. I did not mean to remove your comment. It was the wrong button. I am a sad panda. I can't work out how to get it back. Ah. I found my email notification! kvd wrote:

That's your first mistake, right there :)

I heard on ABC radio just now that you are "male, pale & stale". Wear all labels proudly!

You may be right on the fist! I Heard the male, pale and stale remark. I did a search and it seems to have been used several times. I am indeed male, more or less pale if with reddish face twinges and may be stale. On just a quick check, the phrase seems to have been used in 2018 in a Sydney University Report on lack of diversity in Australia's boardrooms. It is indeed racist! if not sexist and perhaps agist!https://www.smh.com.au/business/companies/male-pale-and-stale-new-report-slams-australia-s-boardrooms-20180730-p4zufu.html

On AAF, the original words were certainly ethnacist, if that's a word!

I bloody well did it again! Your comment, kvd, was:

"It was the wrong button": the main reason why these days I don pullovers instead of cardigans :)

But on these wider issues of being lectured to by various young whippersnappers - I think the only difference between their outlook and my own, at a similar age, is that I did not have ready access to such megaphones as are in use today.

And thus, I can happily hide my youthful callowness behind my simple inability to advertise same :)

Interesting on the young whippersnappers point. Sometimes they make me feel very old, at others they seem ancient. They lecture in the way that my parents or sunday school teachers used too. I had this odd vision of kvd in his cardigan, cig in corner of mouth dropping ash, waving his megaphone in the air!

I can't understand why you are so upset by what Mr Shah has written.

I'm not sure what stereotype you think he is dealing with.

Is it that unwelcome opinions from members of identifiable minorities (which are unwelcome to the majority generally because of the perspective the minority member brings to bear) are more roughly dealt with in Australia than opinions expressed, as it were, on behalf of or from within the majority? Hardly surprising and Shah's examples seem to me to bear that out pretty well.

Also, once you start talking about "identity politics," pretty soon you are going to be talking about "SJW" and "snowflakes." These terms are themselves shibboleths of the Murdochish right and I'm not sure that you are really in agreement with the assumptions and world-view they embody. Are you?

I had no idea what SJW or snowflakes were, marcellous. I had to look them up. I suppose that I am in my mild way a SJC if not on quite the same causes that the pejorative is attached too. I do think that on our campuses there has been a move to a "sensitivity" and indeed intolerance among students. I have been tracking this in the US. But beyond that, snowflakes seems to have connotations that make it part of certain types of ideological warfare. It's a symbol word that has no meaning beyond the symbol.

I do not know what you mean by the majority, although I think that that is perhaps another argument. I do think that out-rider views are dealt with more harshly, but I also think that where you have minorities with strongly held opposing views then both will punish the other equally. I have seen little difference in virulence. I abhor the virulence on both sides. Both use stereotypes which feed into each other. I was, in a sense, just expressing my displeasure at so often being typed in racial and cultural terms.

Globally, we have seen a rise in ethnic, religious and racial politics that has spread to Australia. Of course, it has always existed, but it has become more explicit and virulent. Politics is always identity politics. Workers v bosses, Roman Catholic v Protestant, country v city. In political terms, I classify myself with a regional label. But it's become more virulent, more fragmented, more issues based, less tolerant.

If Mr Shah wanted to argue against intolerance I would agree. If he wanted to suggest that the intolerance was greater towards certain groups, I might agree depend on the groups and phrasing. I cannot agree with the way he used racial or ethnic stereotypes. As I said, I see little difference between the two sides, I should probably say multiple sides, based on the respective virulence of responses.

I love that phrase of marcellous' "shibboleths of the Murdochish right"! It sends me off musing about what other subdivisions of "the right" he might identify, and also - what might be the equivalent "left" epithet? Stereotyping? Heaven forfend :)

Anyway, not to distract from an unresolvable difference of opinion, but I would offer some hope for the future in the words of the younger Australians quoted in this article:

It would be wonderful to engage in some time travel to see where and how these kids are in 10-15 years' time.

That was a nice phrase, kvd.

I have a couple of goes at categorising right and left. It's something of a shifting spectrum on both sides. As for the attachment of epithets, symbols, I don't find that especially helpful - as will be clear. I would argue that the epithets usually say more about the attitudes of those using the epithet than the other side. Mind you, i do grin sometimes, so i'm far from perfect.

They - the debaters - were impressively articulate! I don't regret using one of my last SMH free reads for the month to looking.