Armidale Diaries 5 - covid-19: one damn thing after another

Exactly three months since my last Armidale diaries entry. It's been a roller coaster. After drought and fires, the rain came and then corona. In the middle of all this, the local council almost dissolved in a firefight among councillors.

Covid-19 has affected us all. It's been a roller coaster.

Many consider that autumn is the best time in this little city with warmish days and cool nights. Yesterday was a truly gorgeous day, one of those days that support the popular view. I had been caught up in trying to sort things out. Now, stir crazy from being at home, I decided to go down town. There was nothing particular that I needed to do. I just wanted a break, time to reflect, perhaps see some people. 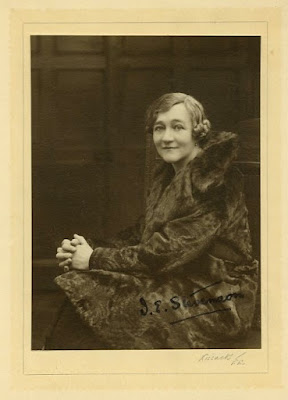 On the way into the council parking lot, I drove past the historical society chambers. I had planned to call in, but it was shut. Memo to self: find out what is happening. I think that we should stay open for drop-ins and if we cannot, I have to find a way of accessing a key to allow me to access the resources there. The more I have to stay at home, the more I should focus on research and writing. However,  reflecting, this raised another issue in my mind.

I am a member of the DE Stevenson discussion group. The generally older members are spread across the Anglosphere, which means that discussion provides an insight into the social impact of Covid-19 in a variety of countries. The night before I had been reading about self-isolation and self-distancing, including the decision by some Los Angeles counties to quarantine the over seventies to their own homes, allowing no external visits except to see the doctor.

Apart from the loss of agency involved, this raises a very particular issue in an Armidale context. Because of city's role as an educational centre, it has a very skewed demographic biased towards the young and old with not so much in the middle. This means, among other things. that the city's social infrastructure is heavily dependent on older people including those over seventy. The middle group don't have the time and are in any case focused on social activities and infrastructure relevant to their specific life position such as school or business groups. Remove older people through rigid self-isolation and you not only increase problems of isolation and mutual support but risk the collapse of the city's social infrastructure.

I found the Cinders Lane car park almost empty, a sign of things to come. I walked down the little side alley between Tattersalls Hotel and Boobooks into an empty mall.

At Boobooks, I got my coffee and chatted. Co-owner Debra said that they were staying open, but were reducing their opening hours. I think that both Boo and Reader's Companion are setting up home delivery too.

Sitting there with my coffee, I reflected on the roller coaster events.

Only ten days ago in COVID 19 Conundrums and failures in communications - a regional perspective (March 11 2020) I provided a personal perspective on the then pattern of events.

I mentioned the way that rumours stepped into the information vacuum. On 15 March I had a reasonably dramatic illustration when a neighbour called in to see how I was. These neighbours have been just so kind to me since I arrived in Armidale. I was spooked when I was told that I needed to be especially carefully because there were eight cases at the University of New England of whom four were in hospital. UNE is just up the road.

I knew the story couldn't be true, for that size outbreak would have attracted media coverage. One of the advantages I have is that I have both connections and my own platform. I then went to Laurie Bullock, Northern Tablelands' editor for ACM to alert him. I didn't think that we should attack the rumour directly, just provide factual information on the current position.

Laurie said that they had heard similar rumours and forwarded my email to UNE who came back to me with advice that there were no cases and also provided a link to UNE's Covid-19 information page. I drafted a form of words, cleared it with UNE and then publicised it as widely as I could. I have to say since then, and I am not claiming responsibility, a lot more factual information has been made available.

In my 11 March post I also mentioned that we were pushing ahead with the history course I was running.  Within days, we had to shutter the course as Armidale U3A closed down for the duration. Armidale U3A has 650 older members and the risks had become to great.

I am trying to use a combination of emails and Facebook to keep some momentum going. One thing that I had not properly realised here is the patchiness of internet usage. When I checked at our last session, only three internal students were actually on Facebook for example.

One of the biggest problems we all face is the degree of uncertainty.

As I sat at Boobooks, youngest and husband were in self-isolation. Their personal trainer had a client who tested  positive, so the trained was being tested. They had therefore isolated themselves waiting for the results of the test on the trainer.

At the same time, eldest was in the Dominican Republic on holidays. Even as she was flying there the borders started closing. Now the question was could she get home to Copenhagen and would they let her in if she did?

As it happened, even as I was sitting at Boobooks the test of the trainer came back negative, while eldest was able to get onto a charter flight to Denmark arrange by Tui, She is now home with partner. Obviously I am relieved! 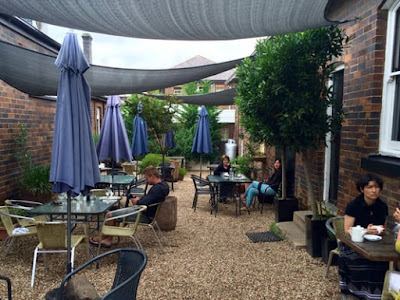 From Boobooks I decided to have  lunch at the Bistro on Cinders. I couldn't really afford it, but thought that this might be the last time for a while.

I arrived at 12.30, the only person there. Chatting to the owner, he said that they were closing table service that day. They had set things up so that they could provide takeaway. It's a popular place, but I did wonder how all the places now providing takeaway would survive.

We talked about the new council restrictions. The council is closing library, offices etc from Monday, relying on phone and internet connections. The various cafes in the mall were apparently closing down too. I did wonder how people were going to cope. Each morning just before opening there is a queue of people waiting to enter the library to read the papers, use the computers or just sit reading. For some, this is their main social outlet.

By 1.30, the numbers in the Bistro had increased to half a dozen. I let the conversations wash over me. The new support arrangements for small business are clearly important, as are the conniptions in council.

On the way out, I met a friend that I hadn't seen since my return. Like me an ex-board member of the New England Writers' Centre, her professional role is a graphic designer at UNE. We talked about how well the Centre  was going under the leadership of Sophie Masson and about graphic design at UNE. I also plucked her brains about some of the new software that might help me. It was nice to have a conversation that had little to do with covid-19!

From the Bistro I went down to Coles just to check the shelves. Again the car park was half empty, ditto the store, but while many gaps remained on the shelves it seemed clear that supplies were improving.

In all this, spare a thought for the Asian specialty stores dependent upon imported product. Chatting to the owner of the small convenience store near me that carries a lot of lines from the Sub-continent, he said that sourcing of Indian food had become almost impossible.

I finally got home. My half hour coffee had extended into multiple hours, but I felt better for it!

At this time, this is funny. You need to start at the bottom, day one. Thanks kvd for the tip
Posted by Jim Belshaw at 12:38 pm

Thank you for you interesting article Jim and the work you are doing. Here in NZ (I live in Auckland) the Government has asked those over 70 to remain home "as much as possible" for their own health, which seems an ideal level of advice.

Some light relief, by an American artist emerged from self-isolation. I think it is very very good, except you have to read it from the bottom up - i.e. Day1:

And some actual, sensible analysis - proving yet again that the "fear of the virus" rather than the "virus" itself is a far bigger concern:

Hi Noel. I'm glad that you liked the article. That does seem a sensible level of advice.

Afternoon, kvd. I laughed at the first and will bring it up in the post. On the second, I got the following message: "ERROR 410. This post is under investigation or was found in violation of the Medium Rules."

Gee that's interesting Jim - you're right about the 2nd link?

It really was a long read - took me over an hour to read and digest - and I came away with the impression that it was the first of all the analysis floating around that was solidly grounded, and actually made sense.

Oh well - I apologise if you now have joined me on some secret government conspiracy list :)

Jim - when I'm wrong I like to admit it, and to correct myself as fast as possible.

After posting the above, I did some digging to find out why that long post was removed. From what I've now further read, the article contained a series of errors of analysis, sufficient in number as to be classed as misleading - therefore it was removed.

I apologise for directing your attention to it as I hate being the spreader of mis-information at any time, on any subject.

The only remaining annoyance is that I would have much preferred both the article and a blow-by-blow refutation being left on view. This certainly would have aided my understanding.

All the best
kvd

It happens to all of us, kvd, and is annoying, at least for those who believe in personal truth and try to be accurate. Thank you for following up.

You can still find the article elsewhere and also the twitter critique.

Linking to this twitter thread by Carl Bergstrom who criticises it:

Personally I haven't been going out other than for (what I determine to be) essentials since 10/3. The problem is that if you are facing a long period of seclusion you have a long list of essentials. Landlord didn't come for a scheduled inspection last week; but I did let the piano tuner in today, because I'm contemplating a lot of time spent at home.

Here's a nice piece of trivia: the German verb for hoarding is hamstern, because of a belief that hamsters hoard food. I got that from the online calculator about whether you have enough toilet paper (Klopapier) - https://www.blitzrechner.de/toilettenpapier/. Toilet paper hoarding is Klopapier-Hamsterei. It must be a new term since otherwise you'd expect it to have lost the hyphen long ago.

Second link in my first comment above should've been

Thanks for the links marcellous.