What is the white supremacist patriarchy? 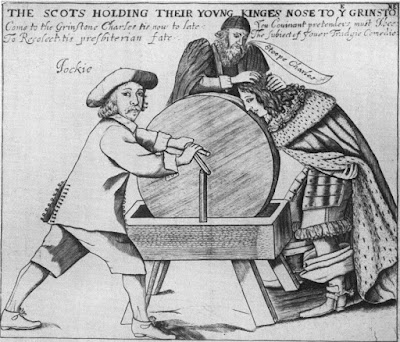 I have been bogged down here, nose to the grindstone, shoulder to the wheel, on this introductory course on the history of Australia's New England that I am delivering. Yes, I know that this is an anatomically strange combination, but it captures how I feel.

The course itself is going okay. I have 45 internal students (around 35 come on average, which is more comfortable) plus 148 following along via Facebook.

That's not bad for what is, after all, a niche offering. However, the pressure not just of the delivery but the preparation of course ware for 18 lectures and nine discussion groups is very time consuming.

I console myself with the thought that once I am through all this I will not only have the base for future courses but also the structure of my long delayed full history of New England. Meantime, I was cleaning the house this morning preparatory to doing more writing when my attention was caught by an ABC Radio National program, the Minefield.

I may not agree, but I quite like this program because it explores ideas. It is normally presented by Waleed Alyand and Scott Stephens, but this morning it  was presented by Kaye Quek and Meagan Tyler both academics from RMIT in a special edition to mark International Women’s Day,   Program guest was Celeste Liddle, described as an Arrernte woman, feminist, opinion writer, trade unionist and public speaker as guest. The short ABC summary of the program reads:


The corporate rebranding of International Women’s Day (IWD) couldn’t be further from the day’s revolutionary roots, or any meaningful discussion of women’s liberation. It negates any discussion of the nature of power under patriarchy, and how relations of power between women and men might be genuinely transformed.

During the discussion one of the presenters used the phrase "white supremacist patriarchy". As i listened, I wondered just what this phrase meant in general and in the context of International Women's Day. Clearly the speaker thought that the tag had meaning.

If we take the individual words, both white and supremacist are adjectives qualifying patriarchy. Patriarchy itself can mean:
There are different elements in these meanings but the core elements from the speaker's perspective appears to be descent and power based on male gender. I suppose that as a factual statement, patriarchy rather than matriarchy  or gender equality (is there an equivalent word for that?) is still the dominant global social mode although there are many shades. The position in Denmark or Finland is different from that holding in Australia or Korea or Japan, still more different from that holding in Saudi Arabia.

White is a slippery term. At one level, it refers to skin shading. However, with the return and rise of racially based (and racist) language over the last fifteen years, "white' has become something of a pejorative racial insult. This is made clear in this case by the attachment of the word supremacist, normally interpreted in this context to mean someone who believes not just in such a thing as the "white race" but in its supremacy over others.

If we combine all this, we appear to have a presenter who appears to believe that:
Subject to correction on the facts, I beg to differ.

The "white supremacist patriarchy" consists mostly of those of us who actually work for a living, and are happy to change a flat tyre for you in the pouring rain.

I was going to expand upon this, but became absorbed in the World Cup final, and have lost my train of thought.

To me, the presenter's comments were a little bit retrograde. I don't agree with all these terms about patriarchy, white supremacist etc. Also I have been reading some things concerning race and religion. I don't hold with all that stuff. I just take each person as I find him or her. It's about how we interact, not about where they came from, their religion, or their colour of skin, or even their attitudes. If you don't like it, you don't like it. Just move on in that case. In terms of your second dot point Jim, our Parliament is very imbalanced in terms of gender, but I really can't complain about that as I am not prepared to wade in there - not the life for me, even though I do have opinions about governmental policies! So I cannot in good conscience complain about that. KVD, if you or some other kindly and capable person cared to pull over to change my tyre, I would gladly accept your help. But what I would like if you did that would be for you to show me how to do it, so that I can do it myself the next time. GL