Covid-19: the immediate and longer term effects - a note 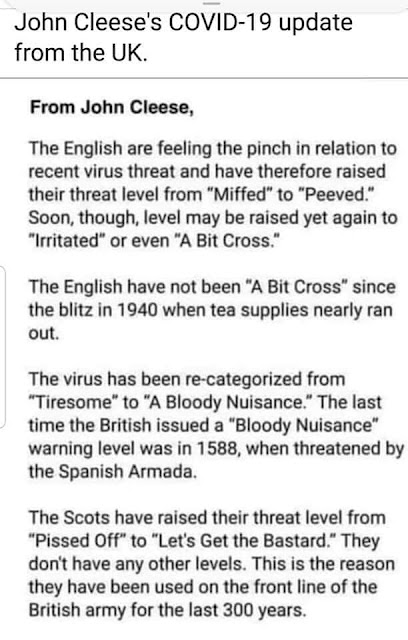 When the major covid-19 social limitations were announced I wrote to a friend that Australia would add between 1.8 and 2 million unemployed within six weeks. There was nothing especially magical about those numbers. They were based on a simple back of the envelope calculation of the sectors most likely to be quickly affected.

Since then we have had the support mechanisms announced by the Australian and State governments. Their sheer size has had a major cushioning effect. However, there is a clear downwards cycle as contraction feeds into contraction. Prime Minister Morrison said that the Commonwealth Government's aim was to put the economy into short term hibernation from which it could bounce back. The difficulty is that the longer the shut down continues the harder it is to bounce back.

My next door neighbour is a case in point. Two months ago he got a short term contract with an environmental science firm The contract was expected to lead to permanent employment. The firm really needed the position filled and had been struggling to find someone, so they grabbed for my friend. The short term contract was intended to compensate for the rushed recruitment. His work involved travel to different sites, itself an interesting experience when things were shutting down. Now with the work collapse, he has been laid off.

My friend is not eligible for any support payments, The shortness of his employment means that the firm cannot receive the job keeper payments. While he studied in Australia, has lived here for a number of years and is married to an Australian, he is not eligible for job seeker payments because, it seems, he is not classified as an Australian resident. Over nine months ago he applied for permanent residence, met all the requirements and was told that it would take six months to finalise his application. That decision has yet to be made with no certainty as to when it might be made. Meantime, he has a work permit but no certainty about work of any type.

I have told this little story for two reasons. The first is to illustrate the ricochet effect of the restrictions on economic activity. The second illustrates the way bureaucratic rules and processing procedures have on-ground impacts.

Like many, my focus has now shifted from the immediate impacts of the covid-19 emergency to trying to understand what the long term effects will be. While I have ideas here based on my social and economic  analysis, there are obviously many uncertainties involved. What can be said with a degree of certainty is that the longer the lock downs here and elsewhere last, the greater the long term effects.

I recognise that this is almost a truism, lacking meaning beyond the very obvious. However, I have been monitoring multiple websites where discussion on longer term issues has been taking place from local level to national or global levels. I wonder whether or not it may be worthwhile spread sheeting them and then looking at time and structural issues to make some more sensible form of analytical judgement.

The John Clease lines outlined above were originally developed in a different context, playing to popular British stereotypes. I wonder whether or not it someone might try their hand at an Australian equivalent.
Posted by Jim Belshaw at 4:00 pm

Amidst all the uplifting messages posted by people and cities, I liked the sign in a Glasgow window(on cardboard)saying:This is shite.

Hi Sue. It is indeed!

The sad news is that some politicians politicized the pandemic, playing the blame game, rather than working together to overcome these common enemy.
Virus, whether that is covid-19, MERS, HIV, Ebola, bird flu, smallpox, all of them do not recognize state border, ethnic, rich or poor. Virus can arise anytime, anywhere.