Reflections on life, Armidale and Covid-19 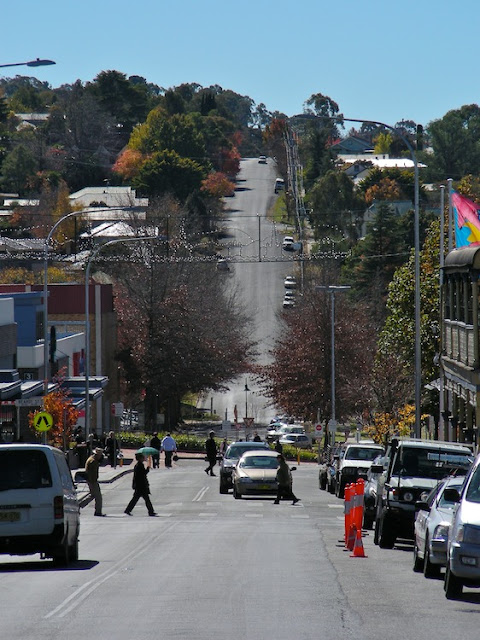 I am sitting here listening to classical music. I have the fire on and have just opened doors so that the heat can reach the bedroom.

Unlike marcellous, I am not especially musical. It will be no secret that I grew up in an academic bookish house, but it wasn't an especially musical house. Mum could play the piano and knew music notation and showed this to David and I, but there was very little music around in a day to day sense. It might have been different if I could hold a tune, but I quickly learnt that I could not. Well, more accurately I suppose, I formed the view I could not. Once that view was set, it became self-fulfilling.

I did like classical music, although I got bored with the compulsory attendance at symphony orchestra visits. The chairs in the town hall were bloody uncomfortable and I wiled away the time studying the performers rather than listening to the music. i have been listening to classical music for quite a while, but now that I am back in Armidale YouTube, I and classical music are constant companions.

I don't know, perhaps its the influence of English TV programs such as Morse - I have Wagner playing as I write - but I do think that it suits Armidale with its many classic buildings and academic tone.

Coming home has not been a disappointment.  I feared that it might, but it has proved the opposite. I had not realised how much the sterility of Sydney had been draining me until I arrived home.

Don't get me wrong. In many ways Sydney is a wonderful place, but for someone like me who is not a beach person, has intellectual interests, but also likes mixing with a wide variety of people it can be a bit difficult. I also think that to do things in Sydney you need time and money. By contrast, in Armidale the total field may be smaller in absolute terms, but it's much more concentrated and almost as varied.

One thing I have to watch is the need to avoid parochialism. It's very easy to narrow your horizons when your immediate world is intensely interesting.

In this context, my old friend Neil Whitfield contacted me today to find out how I was travelling, noting that my posting here had almost collapsed.

I have found the withdrawal of social contact and the cessation of things such as the course I was running difficult to manage, going from limited social contact in Sydney to lots of social contact in Armidale to no direct social contact at all. It's disrupted my routine. And then, too, I have been putting a lot of time into Facebook groups directly connected with my interests and area since this is now the best way that I can contribute. I think that I am playing a useful role here, but it is time consuming. There has also been a lot of email traffic that I am still catching up with.

Covid-19 will pass in one way or another. I'm not especially worried about myself even though I fall in the age danger bracket. I am more frustrated about my present inability to manage the isolation in an effective and productive way.

Good to hear (and, surely, good for you) that you have not allowed the discomfort of the seating on the (surely very occasional) visits of the orchestra to Armidale in your childhood to put you off classical music for life. Music (of many sorts) can be a great comfort - even if music of some sorts can also be an irritant.

I get that you are frustrated by present difficulties in being effective or productive. Maybe you should lower your expectations, at least for the time being, and give yourself a bit of a break. I reckon it would count as a good achievement to get through the present privations in reasonably good spirits and, preferably, keep otherwise well.

Hi marcellous and thank you. I reckoned you would like my attraction to classical music!

That's sensible advice on expectations. It's not just me, of course. Reading the feeds many are experiencing similar problems.