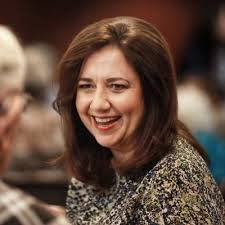 While votes are still being counted in yesterday's Queensland election, it seems clear that Annastacia Palaszczuk's Labor Government has achieved a comfortable win.

Going into the election I wasn't sure of the results. My reading of the opinion polls suggested a Labor victory. but everyone was hedging their bets, suggesting that regional and seat variations might affect the results.

As has happened before, both commentary and social media feeds were affected by starting partisan positions. This is normal. Social media is a vehicle for attempted persuasion, for the repetition or reinforcement of personal views. This creates an echo chamber effects At best, it provides a rough guide to issues and the beliefs of individual protagonists or groups.

I mention this because I once allowed myself to be influenced by the volume of social media commentary in a particular by-election. It was a salutatory lesson because the final result bore no relationship to the picture presenting over social media. I was actually mortified. This was an electorate I knew very well  and I should have just followed my own instincts.

Analysts, commentators and the parties are already chewing over the entrails of the election. I'm reluctant to add to this process, but cannot help myself by adding a few comments of my own.

I would be very careful about reading too much into the results. In a strange way, this was a status quo election, dominated by covid-19. We have already seen in Australia how covid-19 benefits governments in power so long as they are seen to have performed acceptably. It's a steady ship mentality.

This benefited Labor at the expense of the LNP (Liberal National Party). The LNP was already behind at State level and struggled to come back, That said, the LNP lost seats but was not decimated, It retains a base for the future,

The Greens have won a second seat with the benefit of LNP preferences. The Greens and LNP may be opposing ideological warriors, but both see Labor as an enemy, The preference deal gave the Greens a boost, thus keeping them nibbling away at the Labor Party.

The fall in the One Nation vote has been hailed as a success, the end of the ONP. I don't see it that way. The ONP retained its one seat (the incumbency factor) and also scored quite well in individual seats.They retain a base for the future as a right wing Green equivalent.

The Katter Australia Party (KAP) retained its three seats as did the one independent. It did so in the face of multiple challenges. Again, a status quo result. KAP is a regional party. It retains a base for the future to be actioned once covid-19 has gone.

Vovid-19 made this election a one-off. Despite this, I am struck by how little changed.