NAIDOC Week 2021 - reflections on the meaning of Country 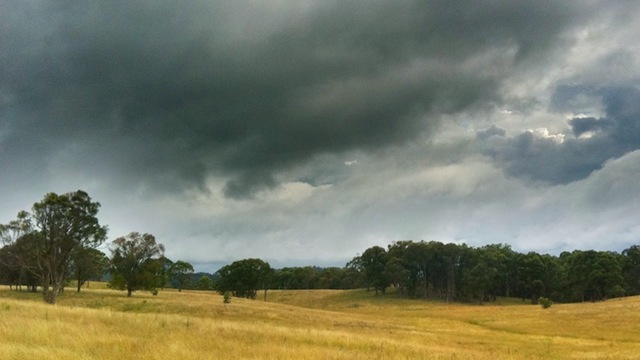 The theme of this year's NAIDOC Week is Heal Country. The NAIDOC web site describes is in this way:

The NAIDOC 2021 theme – Heal Country! – calls for all of us to continue to seek greater protections for our lands, our waters, our sacred sites and our cultural heritage from exploitation, desecration, and destruction.

Country that is more than a place and inherent to our identity.

Country that we speak about like a person, sustaining our lives in every aspect - spiritually, physically, emotionally, socially, and culturally.

NAIDOC 2021 invites the nation to embrace First Nations’ cultural knowledge and understanding of Country as part of Australia's national heritage and equally respect the culture and values of Aboriginal peoples and Torres Strait Islanders as they do the cultures and values of all Australians.

For generations we have been calling for stronger measures to recognise, protect, and maintain all aspects of our culture and heritage.

We are still waiting for those robust protections.

This year’s theme also seeks substantive institutional, structural, and collaborative reform – something generations of our Elders and communities have been advocating, marching and fighting for.

Healing Country means finally resolving many of the outstanding injustices which impact on the lives of our people.

It is about hearing and actioning the aspirations of Aboriginal and Torres Strait Islander peoples which are the culmination of generations of consultation and discussions among our nations on a range of issues and grievances.

In a way, this description is confusing because it mixes together a number of different things. In this post, I want to concentrate one thing, the sense of Country. 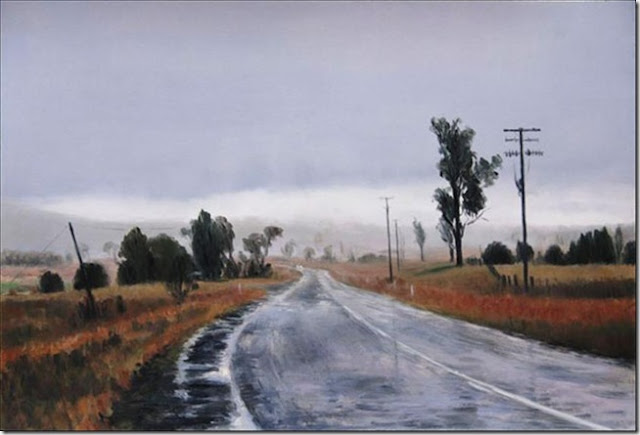 My Country. Julia Griffin Rain on the Uralla Road
I once tried to explain the difference between the Aboriginal perspective and that of the new European settlers in this way: to the Aboriginal peoples, the present was an extension of a living past, to the Europeans, a point towards a still to be defined but hoped for future. The Aboriginal perspective was carried through in various kinship systems that effectively integrated the natural and human environment by placing plant, animal and physical features within kinship systems.
The modern Aboriginal idea of Country and connection to Country draws from this traditional base although it carries connotations that reflect the  Aboriginal historical experience, including the desire to re-establish and re-assert links to past connections and experiences destroyed by European colonisation. In a way, the idea of Country and healing Country is part of a set of beliefs linked to but independent of the original history, a set of beliefs that has now gained a living presence, creating its own history.
The Celtic Revival provides an example of a similar process in a European environment. This drew in part from historical grievances, in part from a sense of loss, in part from a romanticized version of the past.  In doing so it aimed to recover elements of that past, including language revival. It also incorporated mystical elements drawing from Celtic folklore that have had a huge impact in, among other things, fiction including in fantasy world. The ABC TV series Cleverman (a series I greatly enjoyed) provides an Aboriginal example. 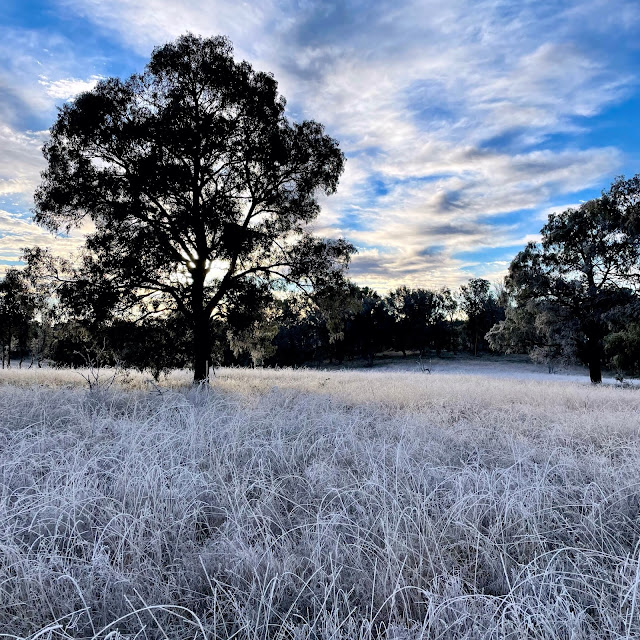 My Country. Gordon Smith Winter Morn
When I first came across the Aboriginal sense of Country, my instinctive reaction was Yes! because it so exactly mirrored my reactions to the area in which I grew up, which remains my Country today.  Later, when I worked with Aboriginal people, I came to understand why Country was so important to people whose pasts had been so disrupted. Without that contact they were adrift in a way I sometimes felt faced with the destruction of the immediate past and present, with distance from my home, with my inability to do things that might protect, preserve and create.
Some may argue, and especially those deracinated Australians who have lost connection with place, that the comparisons are not comparable. How can I as an older white male from a middle class background who has gained from the benefits of settler society, from the benefits of dispossession, possibly understand, share? In response, I would argue several things.
From my experience, there is a thirst among many Australians to establish their own place in their family histories, to link back to the places they and their families have come from, to establish connection with the places they now live. Many, and especially older Australians from regional backgrounds who have moved on but now hark back to their past, share and re-share stories and images from places that were, in their thinking, their own Country. I know all this from my experience as a regional historian, from my participation in groups such as Armidale Families Past and Present.
In my own case, my mind is filled with experiences, stories and images that now incorporate the deep history of Aboriginal New England however imperfectly. I am a story teller who has ended in the role as preserver of memories. My mind is full of stories. Those stories are all linked in some way to land, to Country.
To my mind, the Aboriginal concept of Country holds out important possibilities for healing the gap between between Indigenous and non-Indigenous society. In understanding the Aboriginal concept of Country we learn about Aboriginal society and history. We can better support action to heal the past. But we also learn more about our own concepts of Country, about the things that are important to us.
Posted by Jim Belshaw at 5:43 pm