NAIDOC Week - reflections on the teaching of Aboriginal history 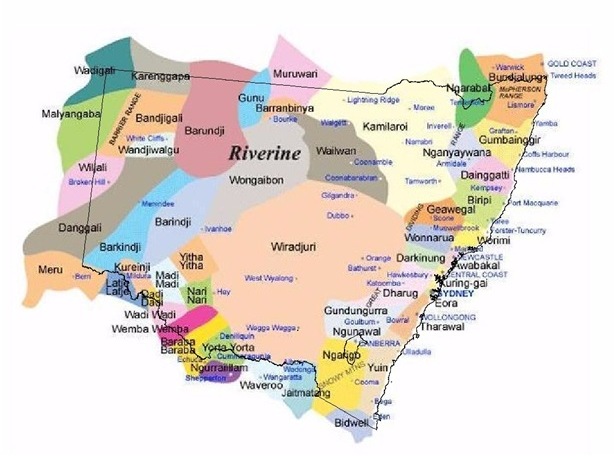 I see that Neil Whitfield has put up his annual post(s) on NAIDOC Week.  The Week celebrations are held across Australia each July to celebrate the history, culture and achievements of Aboriginal and Torres Strait Islander peoples. NAIDOC is celebrated not only in Indigenous communities, but by Australians from all walks of life. This year the Week begins today, 4 July.

I am less familiar with NAIDOC Week than I was when working as a contractor for the Aboriginal Housing Office, NAIDOC Week was a major celebration, Now many years later and miles away, my current activities have caused me to reflect on the teaching of Aboriginal history.

As regular readers will know, I have been teaching a full semester (six month) course on the history of the broader New England. As shown by the map, the study area covers the  New England Tablelands and the surrounding river valleys to the north, south, east and west. This is a large area, larger than many European counties including England, incorporating many sub regions.

The first part of the course traces the history of Aboriginal New England from out of Africa perhaps 72,000 years ago though to 1788. I deal with the impact pf European occupation including the Aboriginal response in two lectures and then try to incorporate subsequent Aboriginal history as elements in the course.

The course has been more demanding than expected. Last year's course was stopped in its tracks by covid requiring it to be spread over the full year. Then I structured first semester 2021 into two groups with with two discussion groups, a structure based in part on the risk that covid might limit the numbers that could be accommodated in the available space. One result was that I ended up with two full lectures a week plus a discussion session. Now I am planning the the third session restructured again to take covid into account. This will start in a bit under two weeks,

The numbers involved are not large, This is an adult education course, not a fully credentialed course targeting larger student numbers delivered within the University system. I did trial external delivery via  Facebook group but found that the combination of technical difficulties with my limited time and  skills prevented proper action. Still, by the end of 2021 I expect to have some 80 people completing the introductory course with a core group of perhaps 20 who want to go onto further discussion. 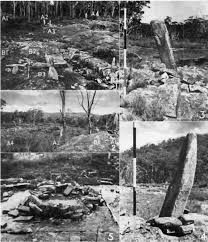 The participant reaction to the Aboriginal segments has been interesting. Almost universally, people have liked the story from out of Africa to 1788 because I am telling a story that they have never heard, one informed by new scientific discoveries that throw sudden light on a deep past, Nearly everybody wants this section to be much longer as we try to explore some of the changing detail of Aboriginal history and life.

Having completed the story of Aboriginal New England I turn to European settlement sketching the penal and pastoral periods ignoring the impacts on Aboriginal peoples. I chose this route because it seemed to me that you needed to understand the pattern of European occupation before you could understand how it affected the Aborigines. When I do address the impact of European occupation people have some knowledge of the long Aboriginal history as well as the patterns and drivers of the settler arrival,

I also try to focus on the Aboriginal response.  To my mind, this makes it easier to understand just what happened. In teaching. I try to avoid the current focus on massacres. I do so a number of reasons.

To begin with, a massacre focus is both contested and also largely ignores the multiple factors involved including disease and destruction of habitat.  It also treats the Aborigines as passive victims rather than people with agency responding to events that they could not directly control but did respond to as best they could. Presented objectively, it leads people to a sense of shock. It also lies the base for the later treatment of Aboriginal history. Herein lies a problem if we think of Aboriginal history after colonisation as uneasy co-existence, resistance and then survival and now, hopefully, recovery. 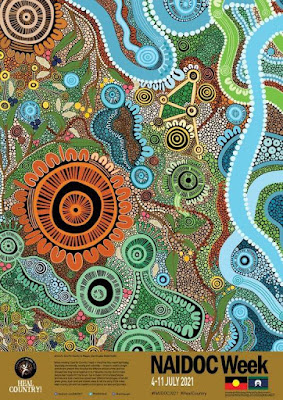 The key problem from  my viewpoint lies in the absence of current writing that I can draw from.  As a general historian writing on a particular area, I necessarily have to rely on secondary sources, I can only do so much original research. There is enough material to allow me to sketch some of the history including key events, but not enough to present a proper synthesis.

While useful, most national histories suffer because they are based on generalisations, focused on particular key events, The problem here is that Aboriginal history is local, family, regional and jurisdiction based. Only when you have looked at this level can you generate a proper national perspective. And here we have too few regional or jurisdiction studies.

I try to teach history in an objective way, based on the evidence that I have. Of course, I have my own biases.

When I look at Aboriginal history post British settlement including especially the attitudes of the best intentioned members of European society, I find myself myself shaking my head and saying "how could you believe that?!"  Too a substantial degree, the worst damage has been done not by the usual suspects but by those who really wanted to make a difference. I suspect that this may be true today.

When I present post frontier events including the role of prejudice I find my class shaking their heads in shock. When I present evidence showing how far the Aboriginal peoples have come from disaster I have found the same reaction. This leads me to my final point.

I do not accept that view. As I reflect on NAIDOC week, I would like to think that my history teaching makes a difference, one that will contribute to our share future.

Jim,
I like your suggestion that we should “think of Aboriginal history after colonisation as uneasy co-existence, resistance and then survival and now, hopefully, recovery”.

I also like this statement in the literature about the theme of the current NADOC week: “While we can’t change history, through telling the truth about our nation’s past we certainly can change the way history is viewed.”

The truth about the nation’s past after colonisation does seem to be largely about uneasy co-existence, resistance, and survival.

Thanks Noric and Winton.