End Week Reflections - Quong Tart and the Chinese in Australia

Note to readers: Because I have photos in this post I suspect that I am going to find serious formatting problems when I publish. I may be wrong, but I am adding this note now in advance of multiple feeds. 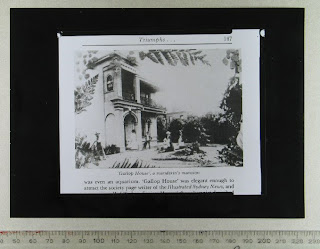 I am very tired, but thought that I should put down some end week comments.

Visitor 10,000 did arrive. As best I can work out, I counted back, visitor 10,0000 searched Australian Education System on Google and had an IP address including desm.qwest.ne. Whoever you are, welcome.

I am doing some work in Ashfield at the moment, one of the most ethnically varied parts of Sydney with a very strong Chinese presence. If I took a photo of the main drag from the right angle, I suspect that you would be hard pressed to locate it as Australian!

The staff reflects the mix. The kind and efficient HR lady who inducted me is from the sub-continent, a number of the staff are Chinese and so on. On Chinese New Year the Chinese staff, with the help of some drafted European people, put on a Lion Dance and morning tea to mark the start of the Year of the Pig. Today we went out to Yum Cha to continue the celebrations.

In all this I learned about Mei Quong Tart (and here). I already knew about Quong Tart as perhaps Australia's most famous Chinese, but I did not know that he was one of Ashfield's favourite sons.

I have always loved the complex mosiac of Australian life.

When I was studying Australian history early on, I got so bored with the standard sterotyped presentation and went digging.

I read about the history of Australian art. I looked at the relationship between art and changing Australian life and literature. I read every Australian written book I could get. I bought local histories when visiting places. Everywhere I went I found new points of interest, new patterns that had been concealed or at least not recognised.

I think that one of the reasons I got so cranky with what I saw as the Whitlam Government's little nationalism and then with the official approach to multiculturalism is that I saw them in some ways as an attempt to replace one set of blinkers and stereotypes with another, in so doing conflicting with my own work and thinking.

In fairness to multiculturalism, and this is the link to Quong Tart, it did lead to an increased focus on the history of different ethnic groups in Australia, thus filling in one gap that I had been looking at. But at the same time, entire topics and fields of study that I was equally interested dropped below the radar. 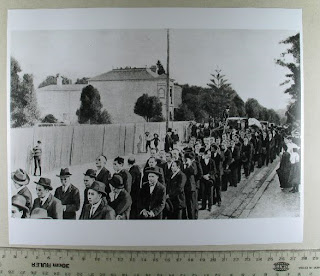 I suspect that many Australians still think of the Chinese presence in Australia as new. In fact, it is not.

As a kid, I used to play in the Armidale cemetry. There, in the "other denominations" section I found a number of Chinese graves. I was curious because I knew no Chinese. Later I found out that the Chinese had played a significant development role in New England.

Later still, I found out from Geoffrey Blainey's Tyranny of Distance that there were complex shipping and trading links between Australia and China from the early days of European settlement, links that facilitated the early movement of Chinese people to Australia.

I was surprised. I, too, had absorbed the stereotype of an isolated remote new settlement on the edge of the world.

I thought that I might tell you a little about the story of Quong Tart just to illustrate my point that Australia's past is a complex mosaic. This applies as much to Australia's Chinese people as it does to any other part of Australian society. In writing I am drawing from the links given above as well as the Australian National Museum's Heritage Scroll.

Mei Quong Tart was born in 1850 in the Hsin-ning (Sun-ning) province of China, south west of Canton to Mei Quong a successful merchant. He arrived in 1859 aged nine with an uncle en route to the Braidwood diggings. 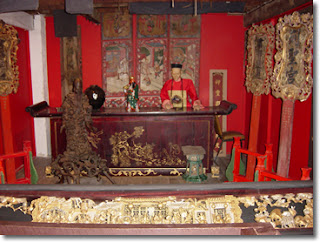 The link between the Chinese and Australia's various mineral rushes is a deep one.

While Chinese settlers arrived in Australia quite early, especially after the ending of transportation to NSW in 1840 created a labor shortage. However, Chinese immigration increased sharply after the discovery of gold.

Chinese diggers quickly appeared on all new fields including Rocky River near Armidale. Those visiting Uralla should visit McCrossin's Mill Museum which has a major Chinese display, including the pictured Joss House.

Upon his arrival on Braidwood, Quong Tart worked in a store kept by Thomas Forsyth and his wife where he picked up a Scottish accent and love of Robert Burns which he kept for the rest of his life, reciting the poetry with a strong Scottish burr.

While working in the store he caught the eye of Alice Simpson who with her husband Robert Percy Simpson unofficially adopted him. As part of the Simpson family he was enrolled as a member of the Anglican church and was taught to read and write English.

In 1864 aged 14 Quong Tart was given his first mining claim by the Simpson's who also encouraged him to buy shares in further mining claims. By the time he was 18 he was a wealthy bachelor who was prominent in sporting, cultural and religious affairs on the gold fields. In 1871 he applied for and was granted naturalisation and citizenship. When the Simpson family moved to Sydney he went with them.

On all this, Quong Tart was luckier than many of his fellow Chinese.

I mentioned the rapid increase in the number of Chinese after the discovery of gold. By 1861, 38,258 people, or 3.3 per cent of the Australian population, had been born in China. This rapid increase caused tensions and resentments among the European population There was intermittent violence against the Chinese, including the famous Lambing Flat (now Young) riots of 1861 when, in the worst outbreak, 2000 European diggers attacked the Chinese, injuring 250 and destroying their possessions.

The pressure of public opinion against the Chinese caused the New South Wales Government to pass the Chinese Immigration Restriction and Regulation Act in 1861 to restrict the numbers of Chinese in the colony. Queensland introduced restrictions in 1877 and Western Australia followed suit in 1886. Anti-Chinese leagues appeared and there was a range of explicit discrimination.

Quong Tart prospered through all this.

Although now a part of the Simpson family, he had maintained contact with his family in China. In 1881 he visited them, opening his first tea and silk store in Sydney upon his return. This led to a chain of tea rooms, then an elaborate restaurant in Sydney's King Street and in 1898 a dining hall in the new Queen Victoria Markets in Sydney. This last became one of the most popular social centres in Sydney.

Now wealthy, Quong Tart married an English woman, Margaret Scarlett in 1886.This pattern of marrying local women was common in part because of the immigration restrictions on bringing brides from China. There are a considerable number of Australian families that can trace part of their ancestry back to the Gold Rush Chinese immigrants.

As his business interests grew he also became more involved in politics.

As early as 1883 he launched an anti-opium campaign and submitted a petition to the New South Wales government asking for a ban on the importation of opium. In 1887 he submitted a second petition to the government. Both were unsuccessful but paved the way for later anti-opium movements. He also appointed to sit on the 1891 Royal Commission into Chinese Gambling and Immorality.

He was a prominent member of the Chinese Commercial Association (1892-1903) and spoke on a number of occasions on their behalf.

On 26 July 1903 he died of pleurisy, the outcome of an earlier savage assault by an intruder in his office in the Queen Victoria Markets. With 1,500 mourners his funeral, was a major ceremony. He was buried in Rookwood cemetery with a Christian service read in Cantonese.

Interesting! One of our family friends has a very unusual surname - the only other people who have it are his brother and sister. When he decided to investigate the source of the name, he discovered much to his surprise that it was transliterated from a Chinese name - one of his forebears had been a Chinese gold miner. Prior to this, his family had no inkling of this. I will have to ask him what he knows about his Chinese ancestor.

A good example. Another example is the Nomchong family from Braidwood.