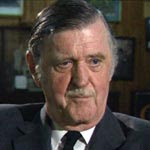 While picking up the kids I listened to the Parliamentary debates on the death of Jim Killen. One of the points made was the importance he placed on Parliament.

I was struck by this because today we tend to ignore Parliament as an institution focusing instead on Government or opposition. Yet Parliament is central to the freedoms we now enjoy in Australia.

Prior to the English Civil Wars the Government, in that case the King, was paramount, ruling by divine right. I suspect that some of our Governments still think that they rule by divine right, although we now wrap this up in the phrase "the national interest".

Growing up, I favoured the King's side, the Cavaliers, because they were so much more interesting. Here one of my favourite books was Captain Marryat's book The Children of the New Forest. As I grew older I came to realise the constitutional importance of the conflict.

The bottom line was the paramount role of Parliament as the elected body representing the people. Parliament was then not fully representative and indeed would not be for many centuries. But the principle was there.

When the NSW Country Party leader Mick Bruxner was elected to Parliament he took the view that upon election he owed an obligation to Parliament, not just his individual electors. This required him to represent all the people, not just those who voted for him or those in his electorate.

My personal view is that Parliament - not Government - remains central. We have to remember and respect, defend, the role of Parliament or risk losing our core values and freedoms.