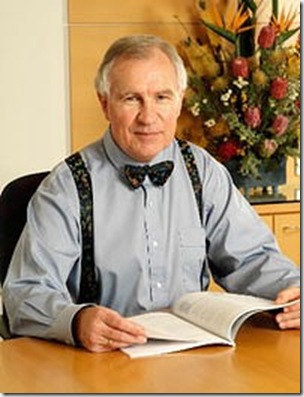 I was distressed to learn of the death of John Martin. You will find  his obituary here.

While it is many years since we last had contact, John's death left me feeling quite upset. In this post I want to record why.

Towards the end of 1979 I was appointed Assistant Secretary Economic Analysis in the Department of Industry and Commerce.

The Minister, Sir Phillip Lynch, had been Treasurer. Part of our role was to give him the type of service he had previously got from Treasury, part to provide general economic and financial advice to the Department and to its outriders such as the Australian Manufacturing Council.

John was one of the Directors in my new branch in charge of the Finance Section. I wanted to start as AS in full control from the beginning, so in the weeks preceding my arrival John (he was acting A/S) arranged for me to get the pinks - copies of all written material (minutes, memos, letters) from the branch. I read these in detail and then rang John to ask questions. By the time I arrived, I felt pretty confident.

John himself was Director in charge of the Finance Section. This was responsible for advice on tax, business regulation and finance issues.

It was a busy section, for John was not only trying to push through tax changes that might assist industry, but was also advising on all the minutiae of proposed tax changes. Our job was to look at the industry implications. Remarkably often, we would find that the "purist" advice from Treasury or ATO was flawed because it ignored practical effects.

When I arrived, I found that the branch had serious staffing and morale problems. I had to focus on sorting these out, while still maintaining work flows. John's competence and calm demeanour was central to my ability to do this.

John Martin was among the least flustered, most loyal, least judgmental, most generous men one could hope to call a friend. He brought these qualities, and abundant common sense and good intellect, to a lifetime of mostly public service, a role for which he was well fitted.

This is just the John I knew. He was one of those people that it was a joy to work with.

I know that those who worked for or with John will echo the sentiments.

Your photo and comments took me back to my first position in the Australian Public Service, when I worked as a graduate clerk in the Department of External Territories. John worked opposite me in an open plan office...it was about 1972, and he was a handsome young man, wry and unflappable, pleasant company in a workplace which contained some very odd people indeed. I lost all contact with him but always remembered him with
affection and gratitude.I am sorry to hear of his passing.
Jenny Thomas