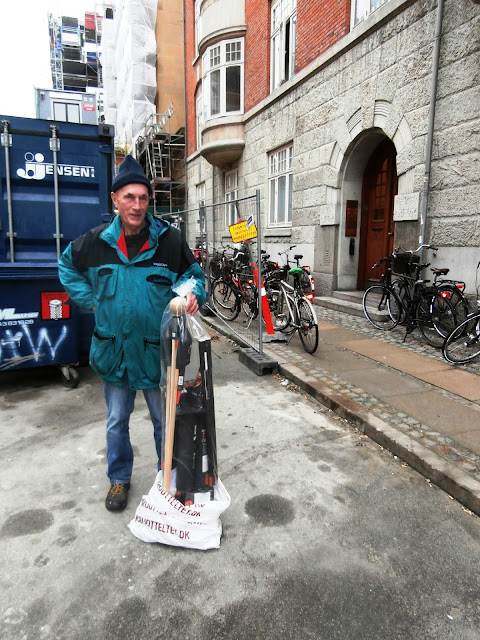 This photo makes me look like a somewhat overweight elf! It was, in fact, New Year's Eve in Copenhagen.

We had been talking about New Year's Eve and Christian commented about the fireworks that everybody let off. As a somewhat older Australian, I have very fond memories of cracker night.  Finding that crackers were still legal in Denmark at least on New Year's Eve, I became consumed with a desire to revisit my childhood.

Taking pity on me, Christian took me off to a fireworks shop, a tent erected for the purpose of selling pretties and bangs for the night.

This was a bit of a shock, These were not the small fireworks of my past, but seriously big stuff. Those are sky rockets in the bag.

I hesitated. Should I buy just the children's pack, or go for the big stuff? Under Danish law, firework shops must stop selling by close of business on New Year's Eve. Remaining stock must then be destroyed. With that time approaching, the cracker salesman came up with a deal that I could not resist, a super pack with other things thrown in. Deal done, a slightly befuddled Christian (he had not expected this level of enthusiasm on my part) and I wended our way back to the apartment.

Eldest had organised a New Year's Eve party. Before the guests arrived, I wandered down to the waterfront to find a suitable location. I was a bit nervous for while I have had experience with crackers, these were seriously big fireworks. Even though it was just dusk, fireworks were already going off. A little later, I ran into Dave, a Kiwi from the next door flat. He had been down to look at the exploding fireworks. "Have you been out?" he said, "they are very pretty." 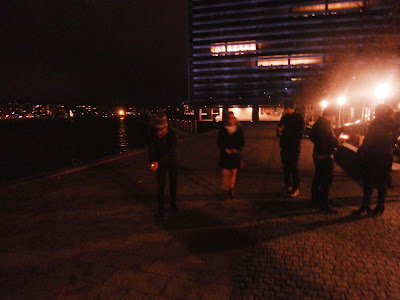 About 10.30 we went .out to let the first round off. I say first round, for Christian was insistent that we keep some for midnight, the real peak of the pyrotechnic explosion. It was cold, a little terrifying, but very exciting.

The post midnight excursion was not quite as exciting, but still fun.

Coming back to Australia where fireworks are illegal in most states, I found that  two people had died from illegal fireworks with some other injuries.


Chief Inspector Lott said the death was a timely reminder that people should not take unnecessary risks.

"During the holiday period, whether it be driving or enjoying themselves on the beach, that safety must come first," he said.

"They have to keep in mind their own safety and the people around them and not to take… unnecessary risks during this period.". 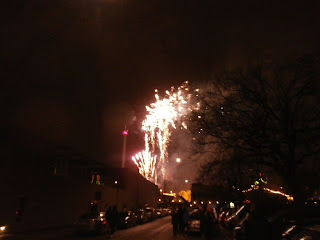 Australian police were struggling to prevent the sale of black market fireworks.

During that same time, four people died in Denmark, mainly from stupidity. Talking on the way home from the airport in Sydney, a friend commented that Australians no longer knew how to let crackers off safely. .I suspect that's right.

The Australian police emphasis on safety, on the avoidance of risk especially in activities now made illegal,  does take the fun out of life.

I really enjoyed my Danish cracker night. Next time, I hope that there will be one, I will know better what I am doing. For example, lighting fireworks with cigarette lighters is not sensible. It's difficult in a breeze and doesn't give you time to get away. But it was so much fun.
Posted by Jim Belshaw at 6:08 am