Monday Forum - to what degree is social happiness maximised by security and certainty? 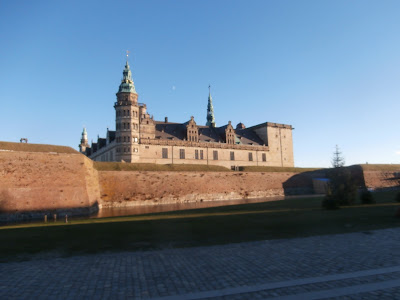 I came back from Europe on the edge of a major cold spell to a Sydney just coming out of one heatwave with another on the way.

On our last day in Denmark, Clare and I went by train to visit Kronborg Castle,  immortalized as Elsinore in William Shakespeare's Hamlet. It was bitterly cold despite the weak sunshine. Coming out of the railway station, we walked along the waterfront towards the castle. There was a stiff breeze, the windchill reducing the temperature to perhaps -15C. Every part of me hurt. We diverted into the nearby village of Helsingør for a reviving hot drink before pressing on.

Sydney was a complete contrast, perhaps 40C degrees hotter than the Copenhagen we had left. After 37 hours travelling including transit times, I was very tired. Sitting in the car home with its struggling air conditioning, I wondered how anybody could live in these temperatures!

At Copenhagen Airport, I bought Helen Russell's The Year of Living Danishly: uncovering the secret's of the world's happiest country. Helen's husband called appropriately enough in the book Lego Man had taken a job with the iconic Danish Lego company. The book records their first year living in country Denmark.

This ABC review will give you a feel for the book. At this point and thinking of Winton Bates, I want to pose a simple question for this first Monday Forum of 2017. To what degree is society happiness maximised by security and certainty?

As always, feel free to go in whatever direction you want.
Posted by Jim Belshaw at 5:43 am