Saturday Morning Musings - the lost taste of the tomato 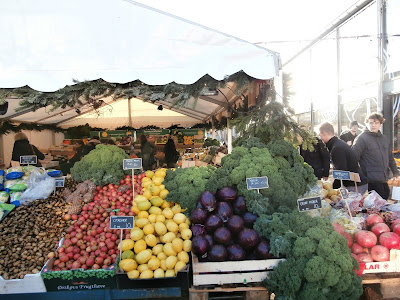 Now there is an issue here about the role of perception in affecting taste. Food scientists tell us, for example, that there is no nutritional difference between free range chicken and eggs and the the more intensively farmed variety.

I have never quite accepted this. More precisely, I have accepted the nutritional base, but still considered that there was a difference in taste.

The taste difference is most pronounced in the case of tomatoes. I have traditionally grown grosse lisse, a heavy fruiting old style variety. . The home grown grosse lisse have been been some of the nicest tomatoes I have eaten. 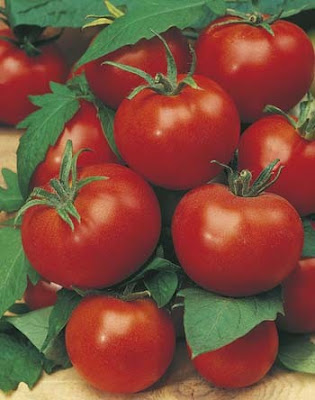 I like tomatoes and eat them a lot. I eat them in salads, bake them, eat them as a snack and make varieties of train smash. I also love tomato chutney,

Over recent years, mass produced store sold tomatoes have become quite tasteless, at least to me. A ripe tomato full of juice is nice as a snack on its own, although I add pepper and salt. In train smash, the tomatoes need to have a strong taste to compliment the strong taste of onion and/or bacon. Store bought tomatoes seemed to me to no longer fit the bill.

I did wonder if it was my imagination, although there is no way the tomatoes I bought yesterday could be described as tasty. It was a bit like eating cardboard.

The Guardian Australia has now carried a report on recent scientific research that suggests that all of us who complain that tomatoes have lost their taste are quite right. I quote:


After conducting exhaustive taste tests of 100 tomato varieties and sequencing the genomes of nearly 400 varieties, researchers have found the 13 volatile compounds that give a tomato its inherent flavour.

By comparing traditional tomatoes with their modern descendants, the teams uncovered the properties that have been lost in the quest for improved size, yields and resistance.

The process followed is reasonably complex because you have to use taste tests that are inherently subjective to establish a taste base. Accepting that, it is reassuring to know that the decline of the tasty tomato does have a scientific base, that it's not just our imagination. Perhaps the approach can be extended to other foods, measuring not just nutrition but also taste?

Much of what makes some tomatoes taste better is actually smell, Klee points out. Tongues can detect relatively few qualities, such as sweetness, acidity and softness. Chemical detectors in the nasal passages are far more varied and sensitive. So what really puts the “Mmmm” into a tomato is the whoosh of air forced up into the nasal passages as someone swallows. - https://www.sciencenews.org/article/big-genetics-study-blazes-path-bringing-back-tomato-flavor

So Jim, maybe 30-40 years of smokin' drinkin' and wild partyin' was not the way to go to preserve your "peak tomato" experience :)

ps: I do agree with you tho'

Kind of agree. Even the most expensive "vine-ripened" tomatoes can be disappointing. That said you can make them taste (or smell KVD) better, you just have to work rather hard at it.
GL

I'm not sure that I want to smell kvd, GL! On the taste, I knoooow..... I just don't feel that I should have to go to the effort. Yes, my taste buds may be damaged, but!

Hey don't blame me. Was just reporting upon one of the source documents for this international study. Seems when you eat something, it's really the nasal passage which adds the final say as to good or so-so? And it is at least quite valid that refrigeration of tomatoes (any pungent food really) reduces the 'hit' - I would have thought.

Anyway, back on the deck, wandering up and down with a couple of cold, ripe toms clasped between my thighs. To release the full sensation, don't you know :)

ps: why do we add an 'e' to pluralise the tomato?

Kind of adds weight to that scene in "A Fish Called Wanda" when he gets chips stuffed his nose - hey?

I definitely like home-grown tomatoes more, but the possums ate all our fruit this year (cherries, tomatoes, etc). We need to get possum nets...