Well, the carbon tax legislation passed the House of Representatives and will pass the Senate. I think that we can really put this one aside for the moment. I have a sense of relief; I am really sick of talking about the same issue.

Now that WA National MP Tony Crook has said that he won't support the border protection legislation, the Government has no chance of getting it through the Reps. They knew they could not get it through the Senate, but there were tactical reasons for wanting it to pass the Reps.

On Twitter, Paul Barratt wondered: So onshore processing it is. Can't help thinking asylum seekers will be punished for this somehow. I am not sure what else Paul could have expected. Between the Greens, Labor and Liberal with their entrenched positions, there was little scope for a sensible outcome.

Frustrated with politics, I have been spending some time down nostalgia lane with cousin Jamie's photo collection. Talk about memories. I have been trying to work out how best to use some of the photos to tell stories. And then I get sidetracked.

This photo is taken at Springwood in the Blue Mountains in September 1952. From left to right Cecily (we had been staying with Cecily and her Mum), brother David, Mum and I. We are due to catch the train to Sydney to then catch the train to Armidale. I am carrying my gum boots. Mum wanted to throw them out, they were too small really, but I wouldn't agree. Then to my eternal mortification, I left them on the train when we got off in Armidale. Sigh. 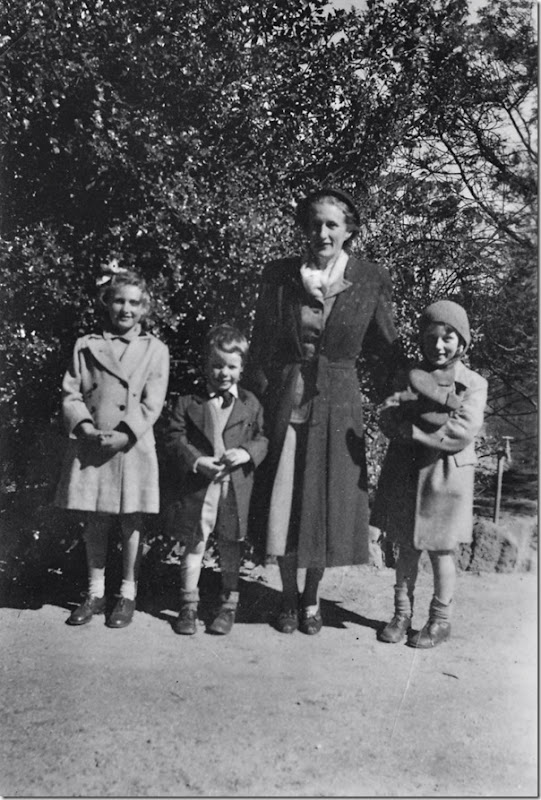 For those outside Australia, the Blue Mountains lie to the west of Sydney and are quite cold as is my home town of Armidale. You can see this in the clothes. You can also see that the clothes are more formal than today. David is wearing a tie, as in fact am I.

I really loved this particular holiday. Looking at Jamie's photos, I think that I can probably tell the story in a way that might bring it alive.  It's actually more fun than worrying too much about current policy! This is another shot. From left to right Cecily, David, me, Mary. 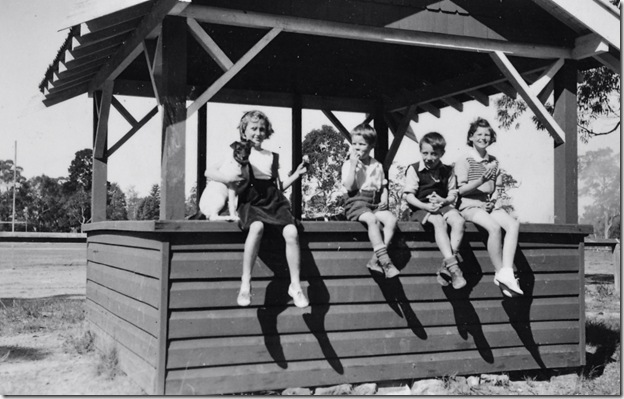 I really was keen on Mary, a friend of Cecily's. Still, more details will have to wait for another post.