Hot air balloons over the Hunter

We were woken by  a hsst hsst sound. While daylight, it was still ea 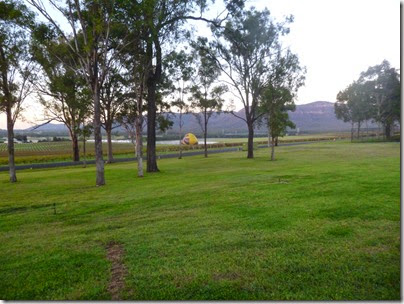 rly. With breaks, the sound continued. We wandered out onto the little patio at the front of the room to find out what it was, shivering in the still cool Hunter Valley air.  In the distance, we could see a hot air balloon.

We had seen them in the sky the day before, but some distance away cross-country. Finding one nearby on the ground was confusing. Had it just landed? What was going on?

While hot air balloons have a long history, dating back to their use as airborne lanterns (Kongming lanterns) for military signalling purposes in China during the Three Kingdoms era (220–280 AD. However, the first untethered flight with human passengers seems to have taken place much later, in France on November 21, 1783.

The hssst hsst sound continued. As we watched, we could see that there were in fact two balloons, that they seemed to be inflating. This is a long range shot. From where we were standing, we could barely see the balloons, let alone the people. 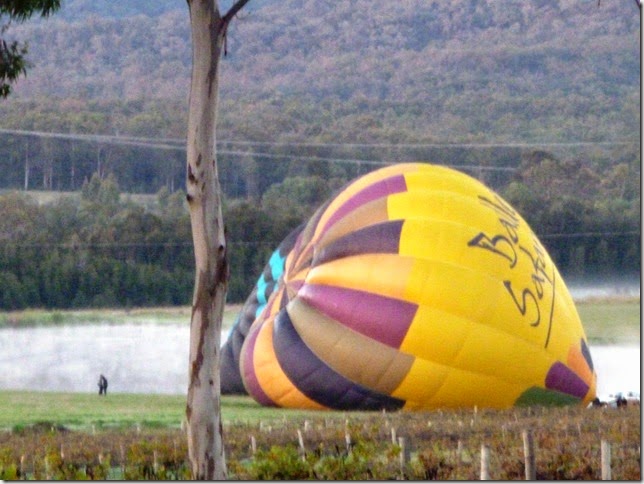 As the hsst hsst sound continued, first one and then the second inflated, then came the first take-off. 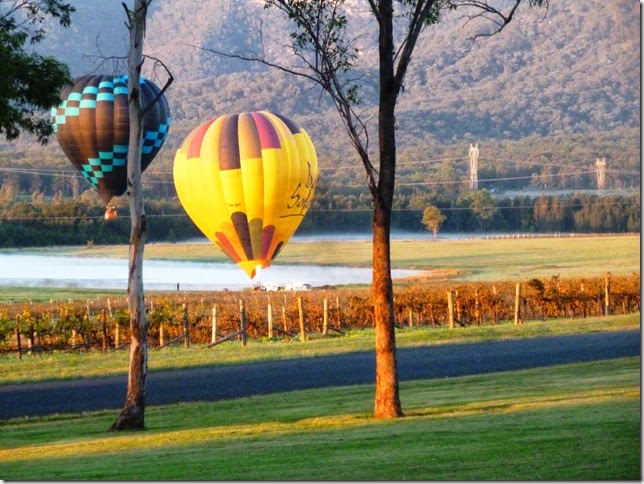 Now the second was ready to go. In this shot, you can clearly see the hot flame heating the air, with the chase vehicles standing by. With hot air balloons, directions depends on wind. The chase vehicles follow the balloons to collect the passengers at the other end and to repack the balloons. 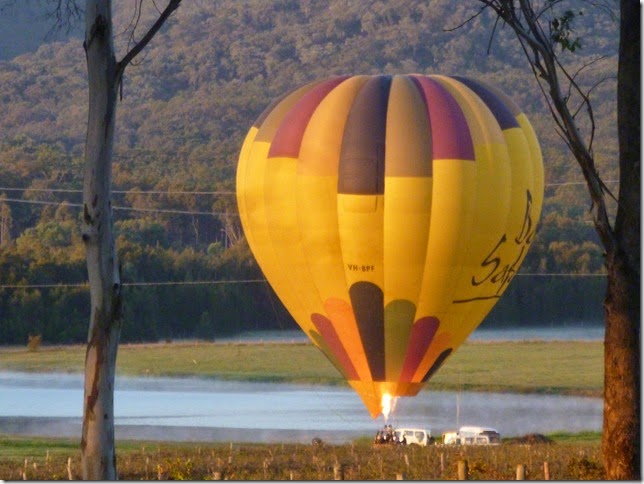 As it lifted, the first of the chase vehicles set off through the vineyards. The others soon followed. 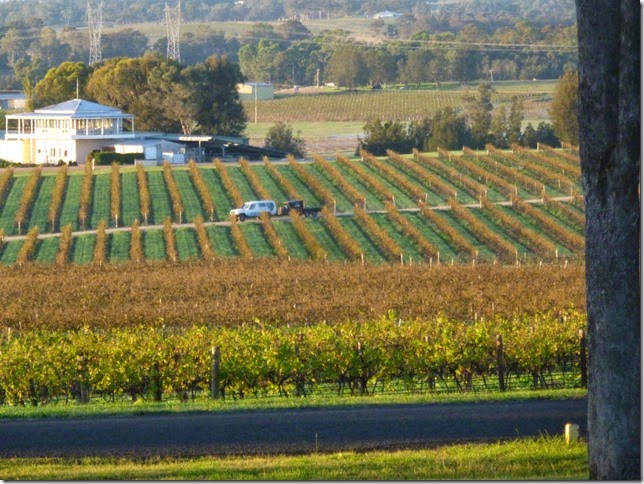 Hot air ballooning has become big business, with providers packaging the flights with all sorts of extras such as champaign breakfasts to add to the experience. This is an example. Excitement over, we wandered inside to prepare for breakfast.