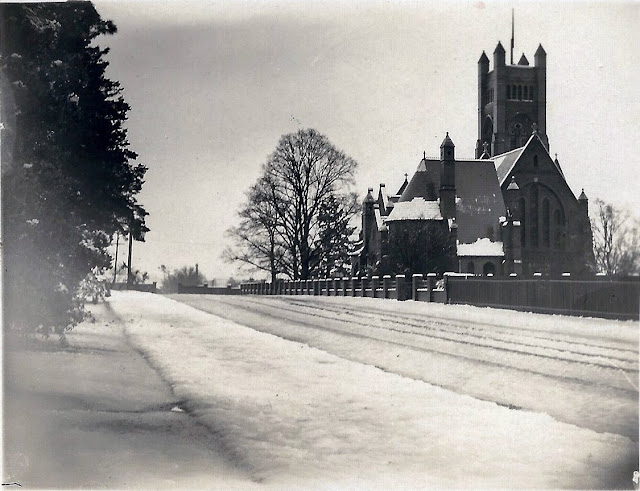 I had just had my shower this morning when next door neighbour Dave knocked on the door to collect me for a wood run.

It's been cold in our little city. Summer and autumn were warmer than average, but that warmth has been replaced by below average temperatures. Yesterday, the maximum stayed firmly below 10. At 10am the temperature was 3.8C, equivalent to -4.8C after taking wind chill into account. With the cold, I have had the wood heater in the lounge room going steadily from late afternoon, chewing through the wood.

We have have fallen into a routine. Dave has a ute, so we take that down to Ducats to pick up a load. At Ducats, the ute goes onto the weighbridge, then we go to the large wood heaps to load, back to the weighbridge to measure the new weight and then to the office to pay It's quite easy and not very expensive. A full ute load costs about $76 and keeps both houses going for several weeks.

Ducats' wood zone was  crowded. The firm gets much of its wood from trees cleared as part of road widening works, as well as wood from dead trees on properties. There is a fair bit of this because of the drought. The wood is split, trucked, and then dumped in big piles at the back of the lot. This morning there were half a dozen utes and cars, often with trailers, with more arriving all the time. Dave manoeuvred the ute between the piles and other vehicles and we started loading.

There is a lot of opposition in Armidale to wood fires, especially in the old city where the smoke collects in the valley along Dumaresq Creek. While I generally support moves to improve the efficiency of wood heating, I can't share the opposition to wood fires in general. I could mount a rational argument for this position, but in reality I just like fires!

I find that this love of fires is shared among those of us who grew up in Armidale. It exists even among those now living in areas such as Queensland's Sunshine or Gold Coasts. 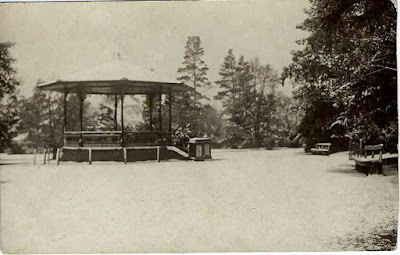 It's not surprising. Armidale can get quite cold, houses were generally weatherboard and not insulated, so wood fires and stoves were normal.

We used to call it the Armidale flick. My girlfriends would come into the kitchen at Marsh Street, stand with their back to the fuel stove and then flick up the back of their skirts to allow the warmth to reach their bottoms!

Fires extended far beyond heating. We all lit fires in backyard and bush to cook or just to play. There were bonfires for cracker night, fires in 44 gallon drums cut in half to provide heat outside shearing sheds where dances were being held. Even though cold draughts came up through the gaps in the sheering shed floor, the cold wasn't too bad when dancing, but between dances the girls in their dresses used to huddle round the fire drums.

My girls were young when we moved to Sydney.  My habit of building fires in the backyard continued after our move. Then I would dig a hole in the lawn, surround it with bricks and call it a BBQ, but it was really just a fire. My family laughed at me, although my daughters and their friends did enjoy things such as toasting marshmallows.

I had to laugh, by the way. I received an email from Judy Grieve. President of the Armidale and District Historical Society to say the Society had held a committee meeting on the Central Park Rotunda. While not as cold as in the above snow photo, it's still pretty chilly. I suppose that's one way of preserving social distancing! 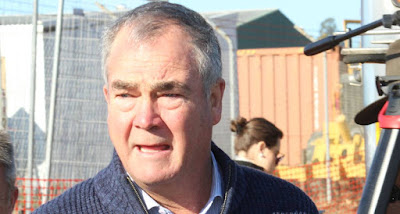 On other matters, while we were loading wood, Dave asked me what's the story with Armidale Regional Council?

By way of background, a group of councillors (we used to call them alderman) unhappy with the management of Mayor Simon Murray and new CEO Susan Law moved a successful motion to dismiss the Mayor. The Mayor responded that the Council had no power to dismiss him and effectively ignored  the motion. The dissidents then moved a motion to dismiss the CEO. The Council (aka Mayor and CEO) obtained a court order blocking the move. The State Government then gave the Council notice to show cause why it should not be suspended and an administrator appointed. Meantime, Council and local government rules on public comment by Councillors effectively prevented dissident Councilors from public comment.

I explained all this to Dave and then added that since our local newspapers were effectively suspended I had only Facebook to rely on for news. Here I am FB friends with most of the dissident groups plus members of many local organisations, so the slant I was getting was slanted. My personal view was that the conflict was all about the changing roles of Council and that nobody was really addressing this issue. 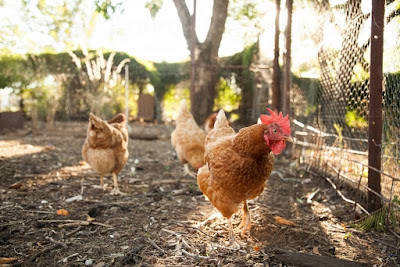 In an odd way, this links to another issue on my mind, the humble chook.

I grew up with chooks. We had them in the backyard when I was young, most people did, Then chooks largely vanished from back yards, in part because we were all wealthier and more time poor, in part because the increasingly urbanised town and city dwellers on their smaller blocks objected to their neighbours having chooks on the grounds of noise and smell, in part because council regulations made chook keeping more difficult.

Now, in our covid-19 era, chooks are back. The idea of producing one's own eggs, of having the Sunday roast available in the backyard, has suddenly become attractive once again. Those producing chickens for sale are selling, out while thieves have discovered a new niche market, stealing home chooks for on sale.

Nostalgia can be a bad thing. While I am thinking about installing a chook pen, I also remember the downsides. I wondered how many people shared my nostalgia, so asked on the Armidale Families Facebook page. After 57 comments, it appears that many do! 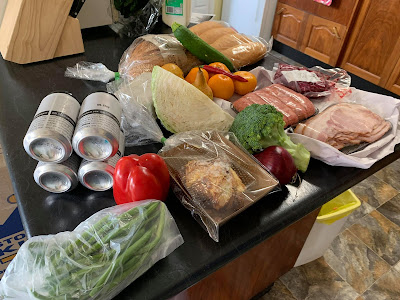 One of the nice things about the covid-19 shutdowns is the way that regional businesses and locals in combination have focused on local and regional supply via on-line ordering.

One example, not the only one, is the way in which the Welder's Dog has combined with local producers to supply bunker boxes. This photo shows the contents of our first order. We have just ordered a second, attracted by the slogan "lamb shanks, lamb shanks, lamb shanks."  I really like lamb shanks. It's just the food for this cold weather.

I would like to think that this local and regional focus might continue as the shut-downs ease. If there is one lesson from this pandemic, it is the importance of local businesses and local supply.
Postscript 9 August 2020
Google has changed the blogger writing/editing tool. One part of the change is that the control comment  element including delete has been shifted from the bottom to the  top of comments. Clearing spam comments in a hurry, I managed to delete a number of real comments including one here.
My commenter here made the point that clearing dead trees from properties for firewood could have negative effects in reducing habitat for animals and insects

We had two fireplaces in our Marsh Street house. I remember the night when the fish and chips wrapping set fire to the chimney. Great excitement when the fire brigade arrived. Also had a fuel stove used for cooking.

I loved cooking on the fuel stove. Yes, you had to learn how to manage it, but it was so flexible. At least ours was. You had the warming oven, the long top which allowed you to shift things along from hot to warm. The hottest top directly over the fire cooked the most wonderful steaks!