Round the blogging traps - EM Lilien and fin de siècle, Ramana and fear of the other, Neil Whitfield's reminiscences 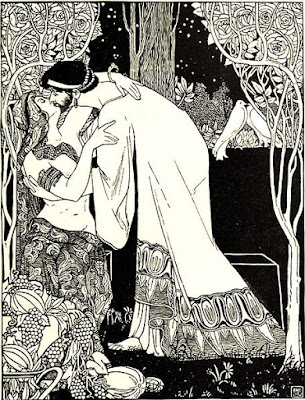 I have often mentioned Hel's ART and ARCHITECTURE, mainly. It remains one of my favourite blogs.

I had not heard of E M Lilien. When I first saw the illustration I thought Aubrey Beardsley and fin de siècle. If you look at the Beardsley in this post, Monday Forum - fin de siècle, the decadents and other such matters, you can see why I had that reaction.

There is indeed a linkage between Lilien and equivalent movements in France and England, although Lynne is writing from a particular perspective, Lilien as Jewish and Zionist intellectual and artist. It's another thread.

I had not realised that Hels had broken her finger in rather dramatic circumstances. I quote:


This week I was walking down the street, never less than 2 metres away from the closest person. Yet two hoons ran up from behind, yelling about the stupidity of allowing elderly people out of their houses. In fear I fell over on the concrete footpath, breaking one finger, dislocating another finger, cutting the face above the eye and bruising the jaw like a boxer.

Ouch!!!!!!!!  Seriously, while covid-19 has revealed much that is good in human society, it's also drawn out some of the stupidities. 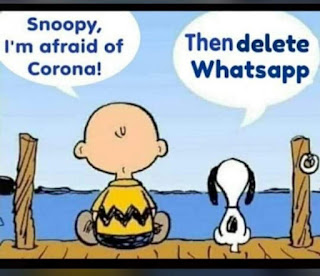 Written on 20 March at the start of Indian lock downs, the post takes a practical and philosophical view. Of course one should take sensible precautions, but in the end fear becomes it's own worst enemy leading to paralysis.

Finally in this short round up, I continue to enjoy Neil Whitfield's reminiscences and repeats of past posts on Neil's Commonplace Book. Neil and I met through blogging, later in person. After these years, Neil's posts are in part a journey through my own life.

It's been a while since I did a blogging round-up. Somehow, day to day pressures have changed my focus. Time I did some more!
Posted by Jim Belshaw at 8:06 am