Beating the cockroaches - reflections on the events in Christchurch 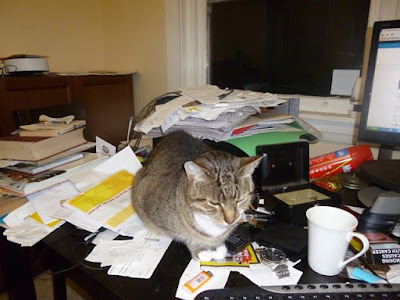 It's been a funny mixed up period, one that reminds me of the fragility of life.

On the 9th of  March I found Avenger dead in the drive way. He had not been well.

Since I started living on my own, he has been a companion., sometimes annoying, but a companion. He was the last of our family cats. He came with me when the family broke up in 2012.

The last few months have not been especially good and the death hit me more than expected. Even today, I found myself almost turning into the supermarket  to buy cat food.

Things picked up. After a month and many hours talking to Optus I finally got my email re-connected. In the end, it wasn't complicated. I just had to find someone who knew what they were doing!

That was good, although I had over 2,000 back emails to sort through. I now have that down to thirty that require a substantive reply. But then on Friday we had the dreadful news from Christchurch and then news of Anna's death, something I wrote about briefly in Death of Anna Carlborg. 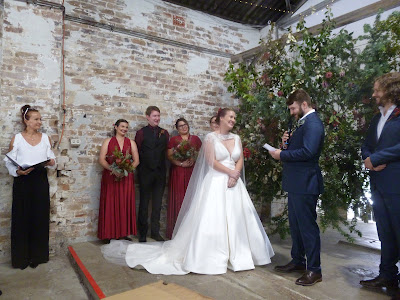 But life goes on. On Saturday was youngest's. Clare's, wedding. It was a lovely ceremony, and both were so happy. so in the midst of difficulty and death, there is love and life.

This is a fairly long preamble for brief reflections on the events in Christchurch,

I am half  Kiwi, my father was born in Christchurch, I still have family living on the South Island, so there was an area and family connection. Then I found that the arrested person was an Australian, from Grafton in the broader New England that I write about so often.

Like many, I struggle to understand events like this, although as an historian I have seen many similar cases over the millennia. Trying to think it through, I come down to a small number of points.

I have argued before in the context of terrorist attacks of all types, and there have been so many over the years, that our ability to control them is limited. Sometimes, our attempts to do so create make for a far worse outcome, the prescribed cure is far worse than the disease.The only thing that we can control is the nature of our response. 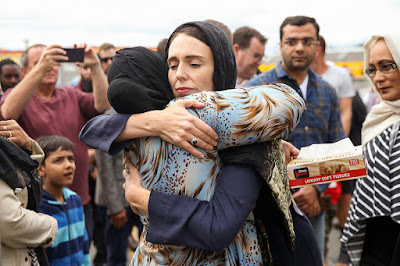 Prime Minister Adern's response was measured, compassionate. Her action in reaching out to the small Muslim community in that personal way went around the world.

The New Zealand officials interviewed were balanced, objective. The response of the Christchurch community and that more broadly within New Zealand was loving and caring, denying the very validity of the message that that Australian alleged  killer had tried to impart.

“They are us,”Adern said of those killed and affected during the attack. “The person who has perpetuated this violence against us is not. They have no place in New Zealand." The New Zealand public agreed.

The reactions in Australia have been more complicated because our politics is more complicated, more adversarial, more identity based. The million Australians who signed a petition calling for a certain Australian senator to be expelled from Parliament for his views miss the point, although I can understand their reactions.

To begin with, Parliament does not have that power. Then, too, the senator in question is running for re-election where he is consciously targeting, trying to build, enough of a small base vote to get him back into the senate. He doesn't need than many. To him, publicity is the breath of life. And he is getting that in quids.

I do not object to the idea of a Parliamentary vote condemning him. although it may play into his hands. I think that the Parliament needs to make a statement for the broader community. However, the best way of dealing with a cockroach is to get a broom and sweep him out of the door at the next election.

I am not a leftie. I really dislike some of the "progressive" views. I have attacked them. But this is not a matter of left or right. Both can be equally dangerous. It is a question of survival for those who believe in a just but compassionate society.

I said that I was proud of the New Zealand response. Looking at it gave me hope that good might come from even the most horrendous circumstances, that New Zealand will use this horror to build. Tonight, I am proud to say that I am a Kiwi - well at least half!
.

Condolences re Avenger - yes we all know that cats are likely to predecease us, but when it happens it is still a blow. It's 4.5 years since we had to take our cat, Monster, to the vet. He was unreplaced, but his photo is still my screen background and it was a long time before I didn't reflexively check the status of the Whiskas price cycle at the supermarket.

It's early days still re that F-wit in Christchurch. Jacinda Ardern has been terrific. The cynic in me suspects that it helps the photo-opps that she is rather beautiful but I also think that it helps that NZ is such a small place its national politicians can be closer to those mysterious grass roots than in larger polities.

Congratulations to the happy pair.

Thank you, marcellous. I am so for the sorry response. Still trying to get back into my routine. And we had a family cat called monseter. Clare names all the cats. I think that you are right on NZ. It's not always been the case, smaller ponds can have bigger ripples sometimes, but Australian politics has nearly always been harsher.