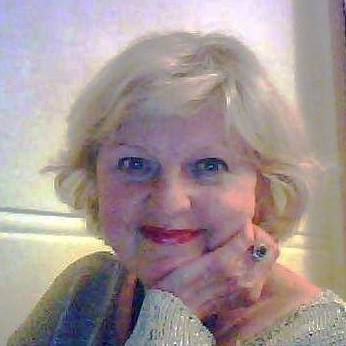 For those who knew her, I am sad to report that Anna Carlborg (AC) died last week. Several years ago she had cancer which they thought had been caught. It returned last last year.

Anna was a remarkable woman, Born in Poland towards the end of the war, she grew up under the communist system, training as a mathematician. She left Poland when her then husband took a job at IBM in Paris. They came to Australia where Anna worked in IT at IBM and Westpac.

Anna lived between Poland and Australia, appreciating both although sometimes not sure just where she belonged. She was widely read with a love of film and theatre as well as literature. It was Anna who introduced me to the art of flânerie, something that became an addiction. I guess that I was doing it anyway!

Anna began blogging in 2013. Her blog, My Observations, captures her interests and sometimes idiosyncratic English, thinking Polish but then writing English. She was very kind and much loved by her small group of friends including those she met through blogging.
Posted by Jim Belshaw at 2:30 pm

Thank you Jim for this notice.
I rang Anna some 10 days ago. First her home number - answering machine in action, then mobile - a nurse told me that Anna was sleeping. Few days her mobile was switched off.
I met Anna in our home country Poland some 50 years ago. Our main meeting platform was working in IT.
We met few times in Australia, last time in her home in Sydney (April 2016), in company of Marcel Weyland a highly recognized translator of Polish poetry to English.
I remember her as very gentle person with good taste for books and music and great personal style and charm.
With her departure my world shrank again.

Well that is very sad, but not unexpected, news Jim.

Her last post refers specifically to me as "a sharp and rather tough critic", and yes I was - but only because she was so much more intelligent, far more "observant", than she allowed herself to ever acknowledge - or even to accept, when such was stated.

In private emails, after her several proddings, and my tentative contact, she indicated that her niece was coming out from Poland to spend some time with her, heading towards Christmas. I hope that came to pass? Anna struck me always as essentially lonely for close human contact, which is a shame if it was not satisfied.

And I agree with Lech's comment about a shrinking world.

Thank you both. Lech, Anna had mentioned you. I am glad that you were in touch. And, kvd, you initially terrified Anna but she learned where you were coming from.

I posted a a FB link to her FB page to let people know and attracted some lovely comments. I will post if I find the details of her funeral. Apparently Hans is responsible.