Back on 19 March, Alan Barcan, the Sydney Old Left and threads in New England’s history set out some initial thoughts triggered by reading Alan’s book Radical Students: the Old Left at Sydney University (Melbourne University Press, Carlton South 2002). I was interested in the book partly because I had read some of Alan’s work on the history of education in Australia, partly because I was trying to flesh out certain aspects of the development of Australian thought from the perspective of the history of New England that I am trying to write.

To a substantial degree, both books are dominated by life in two universities, Melbourne and Sydney. Alan focuses on Sydney, but refers often to Melbourne. Judith’s book focuses on Melbourne and the institutional battles that Clem and Nina faced; there is little about the broader impact of Meanjin. Both books are set against a backdrop of the political and ideological changes that took place in Australia and beyond during the twentieth century. Not unexpectedly, the names and events overlap.

As I indicated in my post, I grew up in a different academic world. However, I know the names referred to in both books. in some cases and especially in the case of the Barcan book, I knew the people; a number ended up at the University of New England or were connected through academic interests. They were part of the life I knew.

Obviously all this is of interest to me in a personal and professional sense. Unexpectedly, what caught my attention were the resonances between student politics at Sydney and current political events in Australia. 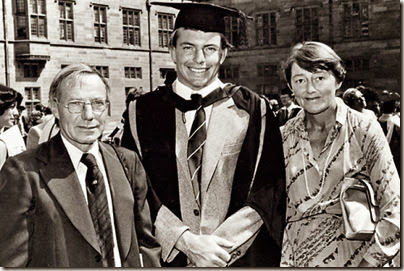 The role of current Australian Prime Minister Tony Abbott in student politics at Sydney have been well documented, as has the influence of those battles on the PM’s thinking. This is an example from 2013: Shadow boxing: Abbott's battle against 'Marxists' at the University of Sydney. The story is introduced this way:

In the '70s and '80s, the University of Sydney was split in a fierce battle over attempts to teach students a new kind of neo-classical economic theory. At the heart of the battle were Tony Abbott, Anthony Albanese and Malcolm Turnbull—and their actions explain much about our current politics.

All this is true enough.However, what is less well recognised is that the conflict at Sydney University did not just emerge, but had its roots in past battles. Mr Abbott’s views were not formed by the ideological battles of the 70s, but by fights that began thirty years earlier and where then institutionalised in student thought.

That’s actually a bit frightening. Just as I coming from a different cultural and political background to Mr Abbott seek to pursue older agendas, to conserve things that I consider to be important, so Mr Abbott is working from old agendas. Neither he nor I are new men, but people inextricably involved in the past.

Mr Abbott would argue, as I do so often, that our views are tempered, reformed, by current experiences. We are both new men, changing to meet needs. Mmmm!

The original intellectual frame at Sydney was set by the left. The right responded during the ideological battles of the 1940s. For a long time, the Andersonian libertarians were the main opposition to the left, although both sides had many common views. It seems to me that the right response that finally emerged was a funny mixture of social conservatism, Catholic Action, anti-communism and libertarianism. Each contributed its own if sometimes conflicting thread to the political and social response.

Now, in 2014, those past battles within the Sydney University student body are playing out on the national stage. Who would have thought it?!

I am not sure it is surprising, Jim. Politics is a bit like religion in the sense that the formative influences tend to stick.
Apostacy isn't easy.

Interesting point, Winton. Apostacy isn't easy, although an examination of the old left at SU suggests that the majority actually shifted their views. Some became the new right!

See Judith Brett in The Monthly: "too many of his government’s actions are telling a different story: that of a bunch of winners taking it out on the losers, as if the country were divided along the same lines as the parliament. It all feels a bit like student politics in its short-term point-scoring, its payback and its intense personal antagonisms – yet another episode in the increasing disjunction between our adversarial parliament and the complex diversity of experience and opinion in contemporary Australia."

My time and Tony's at Syd Uni overlapped by a year (my first).

I see no change or improvement - he was a DLP thug then as now.

Most people's lives are run by an 8 year old - themselves at that age.

A friend who was involved in Labor student politics at Qld Uni during the early years of this century: You could negotiate and collaborate with the Nats but not the Libs (they were just ideological).

I agreed with some of Judith's points in that article, Neil, including the pernicious influence of the current interpretation of the word mandate. I also agree with Evan re the difficulty of negotiating with ideologues.

Judith's comment on Khemlani is to the point, also.

Neil,
I find it interesting that Judith Brett somehow manages to give the impression that her sympathies lie with the Libs even though she has portrayed their leaders, John Howard as well Tony Abbott, as being beyond the pale. It is almost, but not quite, enough to make me a supporter of poor Tony.