Towards a new approach to economic and community development 1 Introduction 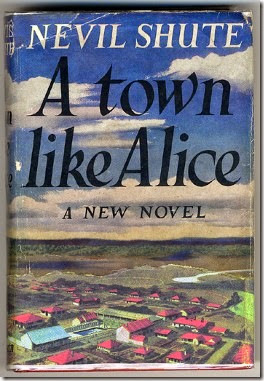 I have been interested in economic and community development activities for as long as I can remember. Part of that was family, but it was also strongly influenced at primary school when I read Neville Schute’s A Town Like Alice. It’s a good yarn, if a little dated in some of its attitudes.

Just at the moment, my History Revisited Column in the Armidale Express features a little of the story of civil aviation in New England. I have yet to bring the columns on-line, that will happen later in the week, but the link will give you access once I have them posted,

Its an interesting story that centres on the role of individuals in love with flying who create new economic activities that have great spin-off benefits for the area. It is also a story of progressive take-over of activities by bigger players that remove many of the local benefits, set against a background of Government policy decisions that force constant changes. We begin with a regulated sector, end with a regulated sector, but the pattern of change in regulation has profound local effects.

These airlines are not without Australian national significance; New England Airways (Lismore) established the Sydney-Brisbane run and formed the core of a new national carrier; East-West Airlines (Tamworth) was a familiar name in civil aviation until it vanished in the burn-out of Ansett; Eastern Airlines (Tamworth) forms the core of what is now called QANTAS Link; while the rise and fall of Impulse (Newcastle) featured in the civil aviation and commercial battles of the 1990s, with Impulse forming the core of what is now known as Jetstar. Other names in New England civil aviation include Oxley Airlines (Port Macquarie), Tamair (Tamworth) and Aeropelican (Newcastle).

The frequency of Tamworth (East-West, Eastern and Tamiar) reflects the entrepreneurial culture of that city, including the presence of locals prepared to invest on a risk sharing basis. Even today when Tamworth's aviation role has shrunk in relative terms as a consequence of constant change, it remains an important aviation centre; the Australian Airforce’s basic training is based there.

Tamworth’s entrepreneurial activity is not limited to flying. There was no logical reason why Tamworth should become country musical capital of Australia. It did so because of a small number of activists backed by the Higginbotham owned New England Radio Network and especially 2TM Tamworth. Reading the Broadcast Amalgamated board papers, there is constant discussion of the diseconomies created by regional scale versus the market, institutional and scale economies controlled by the big city broadcasters. There was a constant search for new markets, for way of overcoming the disadvantages. Tamworth country music was one outcome, Agquip (the big farm expo) another.

In reading the papers, the importance of individuals able to marshal support and resources comes through all the time. Neither Tamworth country music nor Agquip would exist without Max Ellis. Max Ellis could not have succeeded without Broadcast Amalgamated. And Max himself would not not be in Tamworth if his father Ulrich had not come to Armidale as campaign director for the New England New State Movement, the most long-running economic and political reform movement in the North.

But what makes for an entrepreneurial culture at local level? What creates the chains and connections that allows things to succeed despite all the odds? Why does one place or region succeed, another fail? Why is one project a success that feeds into further successes?

Over the next week or so, I am going to explore these questions, drawing from my personal experience and historical research, consolidating my previous writing.

I've got a question too. How do you keep a cutting edge, entrepreneurial regional business from becoming gobbled-up by a national corporation and eventually going bust or relocating out of the region or both?

Have you read Sirolli's Ripples from the Zambezi, a great take on regional development building on the energy of individuals.

It seems to me that these things usually rely on individuals (who often then gather a small group around them). Is this true in your experience?

Rod, the short answer is that you can't. The only thing that you can do is to create a culture that will facilitate alternative development, preferably in advance.

I haven't read Sirolli, Evan, although from the scan I did I suspect that I would agree with his analysis. Yes, to my mind, individuals are critical.

Hi Jim, some comments appropos of nothing remotely connected to this post:

1) earlier this week we had the head of Treasury come out in support of both widening and rate-increasing GST - immediately supported by Stevens of the Reserve. Something I have been banging on about for several years now. Two of the most respected financial people in Australia finally speak out - so what happens? Hockey et al respond with "over my dead body". And I'm left pondering how to hold them to that.

2)Then yesterday a report I did not read in full made the claim that mobile phones added something like $30Bn to our GDP. Thinks to self - ok, so lets raise the call rate by 10% as a surcharge, a bit like fuel excise, and there's $3Bn for the deficit fund. And the good thing is it would not hit the poorest section of our community, so no "poor people offset" required.

3) Lastly this morning's SMH carried a story about 96% of pools failing pool safety checks; the proposed inspection regime to be delayed because not enough inspectors. Two thoughts: why not train up all those unemployed roof insulation installers? And secondly - my! won't this cause Jim to spit in his cornflakes!

kvd: a GST change would require approval of all state premiers. Given recent events in SA, this seems unlikely.

Thanks Anon. Keep forgetting that we must always restrict all policy reviews to "what is likely to pass". My bad ;)

Jim,
I have been looking forward to the follow up articles.

Hi Winton and sorry for the delay. In answer to your questions, its a bit of both. Will explain a little more in today's post.