Towards a new approach to economic and community development 2 - Man proposes, governments and markets dispose

It will be clear that I am having a little trouble posting at the moment. Just three posts last week. This led Winton Bates to write in a comments on Towards a new approach to economic and community development 1 Introduction

Jim,
I have been looking forward to the follow up articles.
Is this just a story of exceptional individuals who happen to live in particular regions? Or is there a story about particular regions being supportive of the efforts of innovators?

In apology to Winton, it’s partly that I have been busy overall, more that I have been focused on some elements in my main history project, including especially the rise and fall of civil aviation in New England. 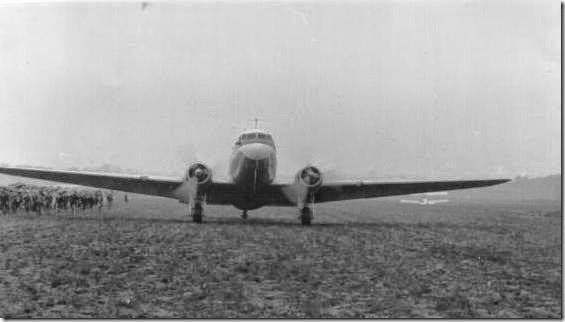 This photo shows an East-West Airlines DC3 landing at Port Macquarie on the inaugural flight to that town. Note the crowd and the rather rough landing ground.

The collapse of the New England aviation sector as a distinct entity reflects another set of factors, the way governments and markets dispose. At national level in Australia, the Menzie’s Government passed the Civil Aviation Agreement Act in 1952 establishing the two airline policy. The aim was to created a stable operating environment that would ensure services. In 1957, this policy was further strengthened. The aim, the Government said, was to ensure that there were two and not more than two operators on trunk line services.

To East-West,  Australia’s third largest carrier by the 1970s, the two airline policy was a commercial impediment. After fighting off a Government directed takeover from Ansett in 1961, the airline maintained a campaign that would finally break the policy in the 1980s. That success came at a cost.

East-West’s attempts to expand by, among other things, growing the Northern Territory leisure market, came at a cost. The board became worried at the losses, opening the door in 1982 for Duke Minks and Brian Grey to acquire the airline with the assistance of a $7.5 million loan from the Nauru Phosphate Trust. Minks Under Minks and Grey, the airline continued its campaign Three years later, East-West was sold for between $20 and $30 million to Rick Stowe’s Skywest who also continued the campaign. Meantime, the profits from the sale helped fund the creation of Compass Airlines, the first and ultimately unsuccessful large scale attempt to create a new national carrier to challenge the incumbent two.

From a national or broader state perspective, Governments actually work the percentages, although they never express it in those terms. Free markets and restructuring bring losses. Those losses are expected to be offset by new commercial activities. At a national level, this may be true, but the loses are always localised. Winners and losers differ.

By the nature of my work, I have a local or regional focus.

In July 1987, East-West was sold for a reported $150 million to a company controlled by Peter Abeles' TNT and Rupert Murdoch's News Corporation, the owners of Ansett. The $7.5 million from Nauru had gown twenty-fold in just five years. Four years later, on 18 September 1991, the Ansett controlled East-West announced that it was closing its Tamworth maintenance facility with the loss of 220 jobs and terminating all connections with Tamworth and the North. Two years later, the name East-West vanished from the skies, removed as a consequence of further corporate change. An era had finally ended.

Governments may be able to play the percentages at national level, but at local level the capacity to respond is far more limited. I think of this in terms of resilience. A resilient community can respond to losses because it already has things in place that it can turn too. However, strip too much and the capacity to respond vanishes. Strip too much across a broader area such as a region and its resilience vanishes. Strip too much from a nation and the same thing happens.

In my next post in this series I will look a little more at the way that changing government policies play out on the ground to set the broader scene.

Jim
Different regions face different challenges, but some regions do seem to be a lot more resilient than others. In a region fairly close to where I live there is a lot of moaning about businesses closing down and lack of assistance from the NSW government. Local government organises meetings and makes plans, but the general atmosphere seems to be anti-business.
Perhaps the best thing that could happen would be for a lot of the people who live in places like that to leave and find jobs somewhere else.