This morning I return to the blogosphere with another of my irregular round-ups of blogging and blogs of interest. 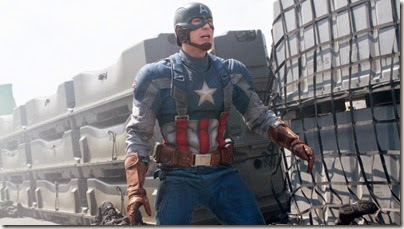 Starting with the family, Clare Belshaw’s Captain America 2 - go see it... now... just go... why are you reading this when you could be seeing the movie??? -also *spoilers* is more or less as the title says. Despite Clare’s best efforts to educate me, I still struggle a little with the arcane world of super heroes. Still, this is serious commercial stuff.

Captain America 2 has taken over $US600 million at the box office, That’s serious money. Clare points out that the Disney owned Marvel “have a movie continuity map that extends into 2028 with a planned two releases a year. So around another 27 films are planned after Captain America 2.” She goes on:

I... I just, I am boggled by a plan like that. And having now seen The Winter Solider, I am completely excited for it. The reason Marvel's plan sounds like it might just be pulled off rather than saturating the market with to many superhero films is because they are embracing secondary genres to their films. The Winter Solider is a superhero film, but it is also a political thriller. Guardians of the Galaxy (if you don't know what it is, look it up and get pumped) is a superhero film but also a giant space opera in the veins of Firefly.

I do wonder how such an ambitious franchise plan might go. Still, Clare is close to the market. Buy shares in Disney?

Over at Freedom and Flourishing, Winton Bates has returned to blogging after a gap. In Do emancipative values support economic freedom?. He introduces the post in this way:

I had a little trouble with this post because I thought that Winton was mixing things together. I will come back to that in another post. In the meantime, I noted that Winton has had no comments on his last few posts. This happens when we drop out for a while. Go on, challenge the bloke! He won’t mind.

Another blog where comments have dropped right away is Skepticslawyers. This was a group blog, but has now been left to rest largely on Lorenzo’s shoulders. Lorenzo is very bright and writes well, but the variety that once marked the blog has gone. Katy, come back!

Another blog that seems to have become stuck in a rut is Don Aitkin’s Don Aitkin. Here climate change has come to dominate. Don began by challenging the prevailing climate change orthodoxy, I found that interesting, but then Don seemed to become fixated on the topic. Now, or so it seems to me, he is not giving new material, but simpl 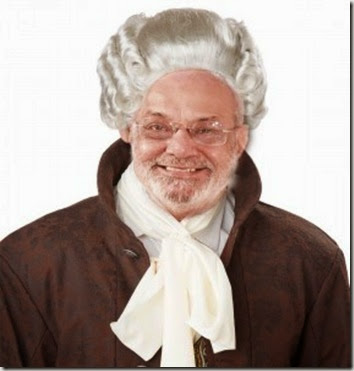 y replicating past arguments. I want more from the broader Don.

By contrast, Ramana’s Musings has gone from strength to strength measured by interaction and, I suspect,  audience reach. All bloggers face a choice between writing for search engine recognition, that maximises visits, or for readers. Ramana focuses on the second, on the interaction.

This photo shows Ramana with peruke. I leave you to read the post. By the way, Ramana, I noticed in saving the photo that the original save marker read Dad! And, with the assistance of AC, we have a copy of The Turning, but have not got the second film yet.

Staying with AC, Anna’s post End of an Era in Mosman, struck a chord. That book shop she refers too? It’s one of my favourites. I will greatly miss it.

Staying with my blogging friends, Neil Whitfield continues to go through transitions. I used to call it his blogging instability! This time the transitions are gentler, more mixes in what he writes. While I haven’t commented recently, I continue to enjoy.

Finally, a piece from John Walker on Club Troppo, Artists Resale Royalties: a piece of pie…. This really is a csae where policies introduced for good intentions damage those intended to help. But then, I write about that a lot.

Jim, the editing to put my face on the image was done by my son. That is the mystery.

I blog to have fun and that I have in plently. I also do more serious posts both on the blog and on facebook but doing those too give me a great deal of pleasure. And when fb friends who spar there make it face to face, like it happened to me yesterday, the fun is greater.

Thanks for the plug in.

Knew it was, Ramana. Just noting. It is fun.

Re- Freedom rising. Same as the claptrap in Why nations fail (Acemoglu & Robinson). Tyranny and authoritarianism may provide for prosperity and growth (Spanish Hapsburgs) just as "emancipative values" may for decay and chaos (Peron).

You took me on a bit of an internet wander, DG. On the first, I suspected that you were referring to the Spanish treasure. The extra money spread prosperity across Europe, but gave no real long term benefit to Spain relative to other countries. I suspect that Winton would argue that both cases support his point.

Jim regarding the resale royalties, most of the well intended supporters of the introduction of ARR, had no idea as to what the scheme really was about, and this was because the funded lobbyists for their ARR have no care for truth, at all.

Hi John. It's a sad case, actually. Too many good intentions(and biased arguing). I wonder if anyone can present a counter case? Always like to see that to correct my own views.