I have you ever had one of those nights when you can’t sleep properly and you mind goes round and round? I have had a bad cold that has left me with various aches and pains. Last night I went to bed very early clutching a hot water bottle.  I fell asleep quickly enough but then woke up two hours later, then back to sleep for a period, woke up and so on through the night.

Perhaps the most annoying thing is that in my dozing, semi-dream state, I formed the view that I had discovered something very important about life, the universe and all that. It must have been important, for it kept recurring in my mind as I dozed. Then, annoyingly, when I went to sleep for the last time it was all gone when I woke up. Such is life.

Given my current state, I’m not sure about my ability to maintain a really coherent line of argument so instead some snippets.

Almost in passing, I commented on Australia’s relatively poor medal performance at these Commonwealth Games. What I hadn’t realised, is that the Australian Sports Commission had actually set medal targets for different sports and that, consequently, financial heads were likely to roll so to speak. I have actually find this business of setting sporting targets to justify funding mildly obscene.  Perhaps I’m just old fashioned.

These games as in previous games those who regard the Commonwealth Games as passé, this time the ABC’'s Waleed Aly comes to mind, struggle to understand why people are interested. The games may not have the same drawing power as the Olympics, but they are still an interesting sporting spectacular. This time, they did deliver a badly needed ratings boost to Channel Ten. I think that that could have been a lot higher if Ten had had a half way decent Games web site. 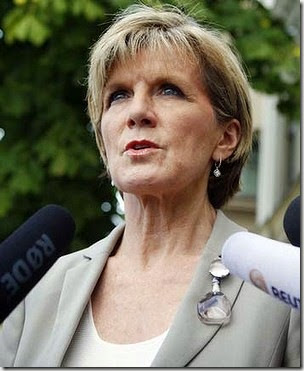 My difficulty in all this is that, increasingly, Australia is acquiring all the mechanical trappings of a police state. Here in Sydney, the NSW Government is introducing the Opal card, a new mass transit ticketing system. This allows the Government to track the use of the public transport system by individuals, something welcomed by the NSW Police Force as another aid to fighting crime.

I was chatting with youngest about this at the time. She saw it as another mechanism that the Government could use to enforce its will. I have to agree.

The problem I find when I discuss these types of changes with people is that creates responses such as only the guilty have something to hide or, alternatively, we have to protect society. That’s fine if you can rely on Governments not to abuse either the information or the broader powers. The evidence in Australia is that you cannot. Governments in the name of the national or public interest will use whatever powers they have.

Changing direction, Chris Berg from the Institute of Public Affairs had an interesting piece (Abbott needs to hit the reset button) on the Australian Government’s budget problems. I guess that the Government is finding the hard way that it is one thing to propose, a second to do when you don’t have the numbers.

We already are a police state Jim. Police can come into our home, arrest us, hold us without charge, and we are not permitted to discuss this.

It is an agenda shared by both the majors.

I take your point, Evan. However, there are still limits on the unrestrained use of power. That said, the mechanisms for unrestrained us are all there.

Evan, just for interest's sake - were you ever charged with anything?

I do sympathise with your experience; have had various uninvited guests attempt to invade my small space - but nothing such as you describe, even though you say you are not permitted to discuss it. Brave of you, I think!

Now, this "national security" issue. My friend Malcolm Turnbull (MFM) says that even he hasn't yet figured out what his government means by the term "metadata", so what I'd like to understand is just why we would hold Mr Abbott and Mr Brandis to any higher standard?

My impression of Abbott and Brandis does not remotely include any close understanding of such matters - while MFM on the other hand has an easy familiarity with the financially beneficial manipulation of such concepts. Perhaps he should lunch with Joe?

Anyway, I just think we should cut Abbott and Brandis a little slack, but MFM not so much (unless you have a sufficient excess of slack to cut ((at a good price)), or have cornered the market in slack futures)

Once some neighbours who didn't like our household rang the police to say we had drugs. We were raided (I invited all 5 of them to have a cup of coffee, they declined).

I don't think I hold Tony or George or Malcolm to any particularly high standard. Just basic respect for human rights - unless you think this is a high standard for pollies (which I might agree with).