Restless this morning and feeling the need to read something new (my recent reading has been all very local). I grabbed Emily Hahn’s Raffles of Singapore of the shelves for my train reading. The book was first published in 1946. My copy is a University of Malaya Press reprint from 1968.

Now i picked the book up because Raffles overlaps with the early history of Australia. Raffles was 24 when he was sent as assistant secretary to the new Governor of Penang in 1805. Penang was then under the control of John Company, the British East India Company.

In 1811, he was made Lieutenant Governor of Java following its conquest by the British, again in the guise of the East India Company. Java had formally become French territory following Bonaparte's annexation of Holland. We forget how close the French actually were to what is now the Australian mainland, A little later, Java was returned to the control of the Dutch East India Company much to Raffle’s disgust as part of the Treaty of 1814. One does wonder a little what difference it might have made to Australian history if what is now Indonesia had remained a British colony. 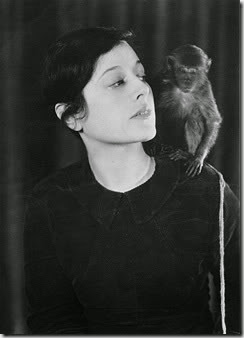 In 1819 Raffles took the action for which he is now best known, the establishment of Singapore.

Now I was interested in all this, but Emily Hahn’s writing style caught my attention. It is slightly gushy, but entertaining. My attention was also caught by the end of the introduction. I quote:

…it should be stated here that Major C. R. Boxer was responsible for all of the translation and much of the selection of the Dutch material used. Naturally this responsibility does not extend to the writer’s interpretation of  the facts thus supplied. On a number of occasions Major Boxer’s views did not coincide with those of his wife, which is one of several reasons for his firm, consistent refusal to accept more credit for his help than is herewith given.

Mmm.  This got me curious, so I looked up Emily Hahn and C R Boxer, Here I found the stories of two remarkable driven people entwined in a love affair that began in China not long before the Japanese invasion of Hong Kong. 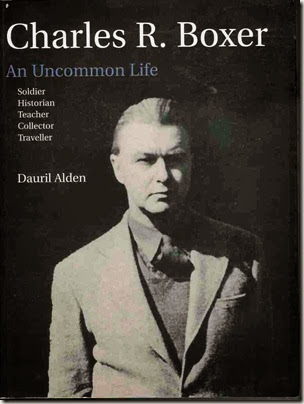 You will find the story of Emily Hahn here, C R Boxer here. If you dig round, you will find lots more.

In the end, it turns out too that there is always a New England connection.  Arasa, UNE’s Sinnappah Arasaratnam, had Boxer as a thesis adviser. I quote from Dr Michael Brook’s tribute to Professor Boxer:

Given the hundreds of scholarly works that Boxer produced during some seven decades as a historian, one might be tempted to conclude that his record as a teaching professor might be less than stellar; during his tenure at King’s College that saw Boxer sometimes published two books per year and as many as thirteen journal articles in a calendar year. However, students of Boxer generally described the professor as an excellent mentor, and he was legendary for always having an open door for visitors. Sinnappah Ararasaratnam, who had Boxer as his dissertation advisor, said that “Charles has been one of the formative influence of my life…and I owe what little I have achieved…to his initial encouragement and subsequent constant support.”

That’s not a bad tribute.