Sunday essay – musings on the Australian Aborigines and times past

Over on Skepticslawyer, Lorenzo’s Unhelpful dichotomies caught my attention with its reference to Karl Polanyi and it’s focus on the application of economics and economic models to past communities. There was, in fact, an element of nostalgia there in my reading. 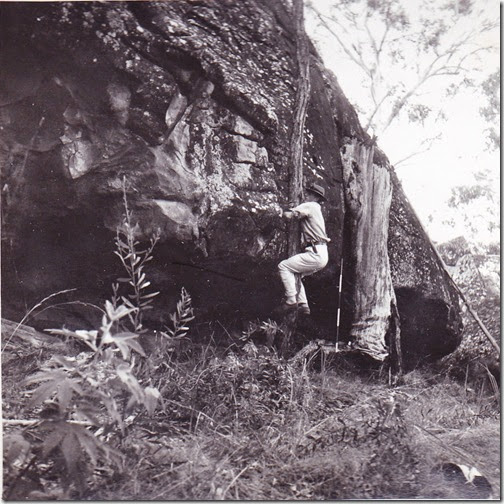 All those years ago, I was a member of Isabel McBryde’s pioneering Australian prehistory class at the University of New England, the first such class in Australia.

This photo is taken on one of the digs, I think at Graman not far from Inverell. I am not sure why I was trying to climb that tree. It seemed like a good idea  at the time!

When I came to do chose a topic for my honours thesis, I selected the economic structure of Aboriginal life in Northern New South Wales. This was an ethnohistorical study, looking at what the written records especially from first contact could reveal.

I chose the economic focus in part because I had maintained a major in economics by doing an extra third year subject and was still interested. I was also influenced by the debate between Polanyi and cousin Cyril Belshaw on the relevance of economics to pre-historic non-money using societies. I took Cyril’s side.

You can get an idea of my focus from some of the topics I addressed: specialisation and exchange, capital formation, property rights, farming, In essence, I was using the analytical tools I had learned from economics to ask new questions. 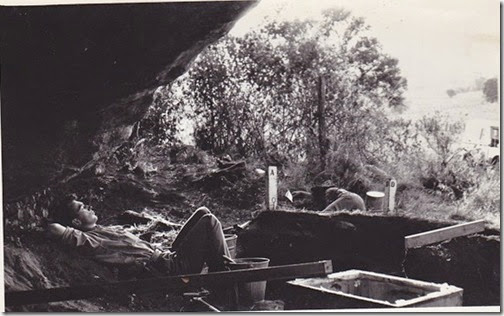 Unlike some later debate, I wasn’t especially interested in economic models.  This was well before the fierce model based debates. The only model I was concerned to discredit was that of primitive communism so beloved by some of those on the left including Russell Ward.

To my mind, the interesting question was the extent to which concepts and questions drawn from economics could inform my analysis of the past. This next photo is break-time at a dig at Seelands in the Clarence Valley.

My thesis wasn’t especially well received, pulling down my overall mark to a two-two. I don’t think that I could have got a first in any case. My extra-curricular life was just too active.

In any event, the result changed my life. Had I got a two-one I would probably have gone straight on to do a PHD in history and prehistory. Instead, I found myself in Canberra and became an economist. The rest, as they say, is history.

Looking back at that 1966 honours thesis, it has survived remarkably well. I was coming to the evidence without pre-conceptions and with no specific thesis beyond a belief that the tools of economics were relevant and could provide insights. As a consequence, I was able to pinpoint issues such as capital formation or fire and farming techniques that would later become very important.

Reading Lorenzo’s piece, and it is a good piece, I am glad that I came into the area without the need to prove or demonstrate the relevance of what I studied to broader issues beyond the simple application of analytical techniques drawn from economics. This holds in my work today. I am interested in the Aborigines as Aborigines, as peoples living in and responding to a changing environment. There is a lot to be said for simple curiosity, the need to understand, as compared to the desire to prove something. It’s liberating.