In Akrotiri, Greece and the passage of time I bypassed chronology to talk about the Minoan ruins at Akrotiri. Now continuing the story I left in Idle on Santorini

Day 9 dawned bright and warm as the days before. I really didn't want to get up. 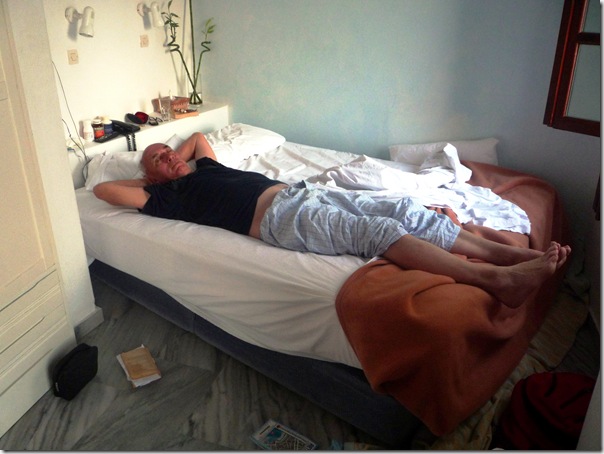 The sounds of the bells on the donkeys going down to pick up passengers on the cruise ships rang through the air as they had every morning. 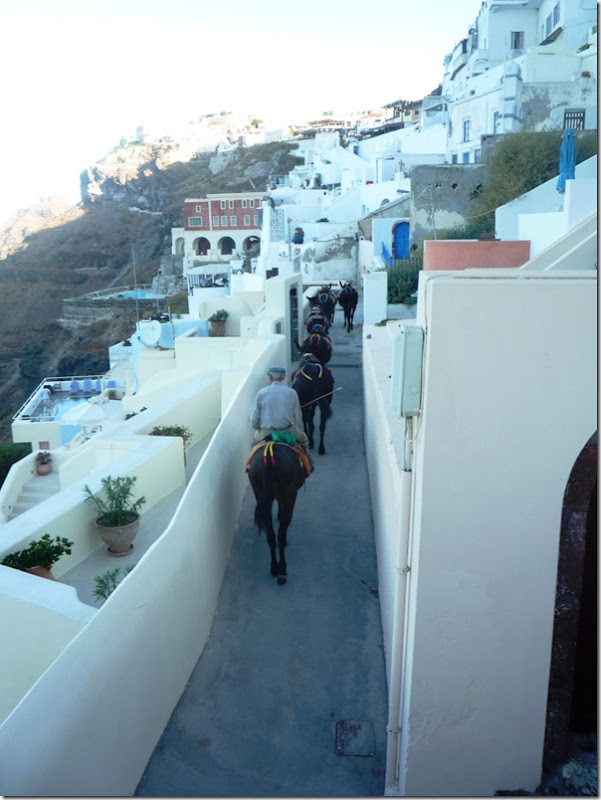 This morning we had decided to visit the Megaron Gyzi Museum to see local memorabilia, including photos of Fira before and immediately after the 1956 quake. On the way, I go some new shots of Fira. 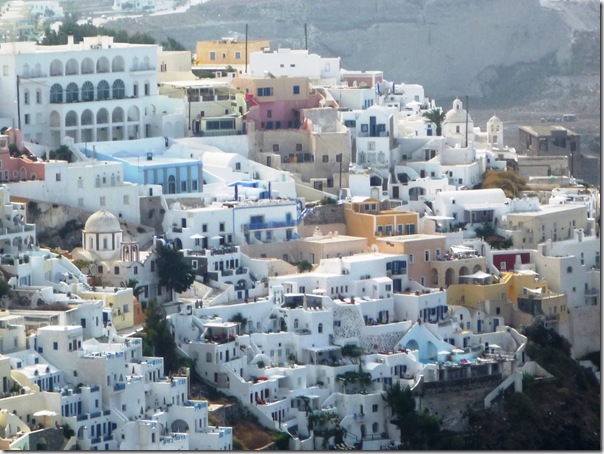 The museum was closed. It was run by the Roman Catholic Church, and it was Sunday after all. My attention was caught by a sign. 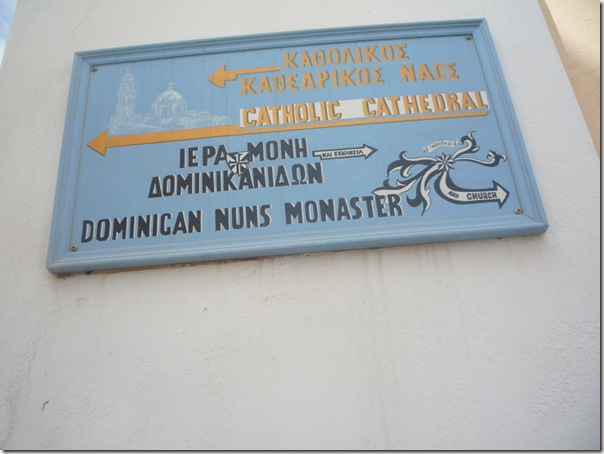 Greece is a strongly Greek Orthodox country. However, Santorini like the other islands we had visited to this point, was ruled by Venice for an extended period.

We decided to go to the Thera Foundation to see the Akrotiri display. On the way, I found another modern ruin to add to the collection. This gives a real feel for construction techniques. 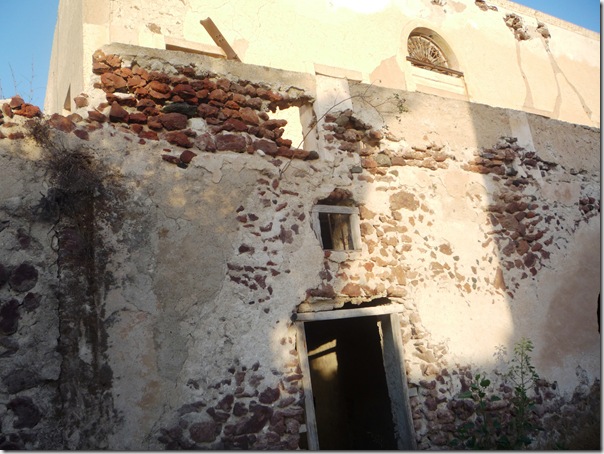 I have spoken of the Thera Foundation before in my story on Akrotiri. Just to add a further fresco. 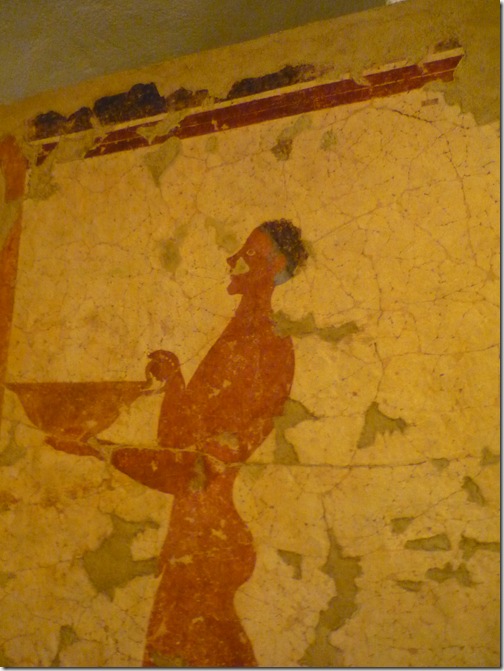 After lunch and a nap we caught to bus to Oia to see the sunset. Those sunsets!

Only on Santorini would I have done this. After all, I I have spent much of my life staying out of the late western afternoon sun! It's just to bloody hot. Now I bake in the name of the visitor experience. Oia is quite pretty. This is the church. 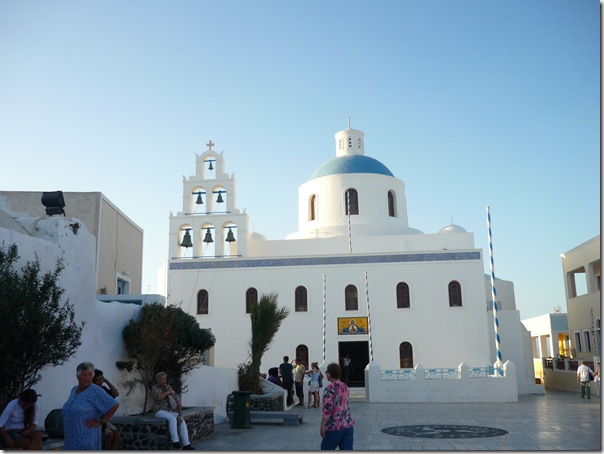 As it turned out, we couldn't find the restaurant we were looking for with its fantastic sunset views, although we did get some nice shots. 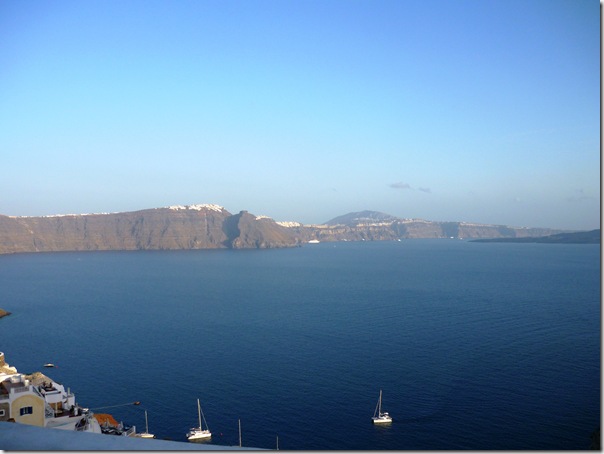 Frustrated, we found a Cypriot restaurant and had a very nice dinner. Yes, they did advertise sunset views, but this was actually a little misleading. There were nice views, but not quite to the direct west. 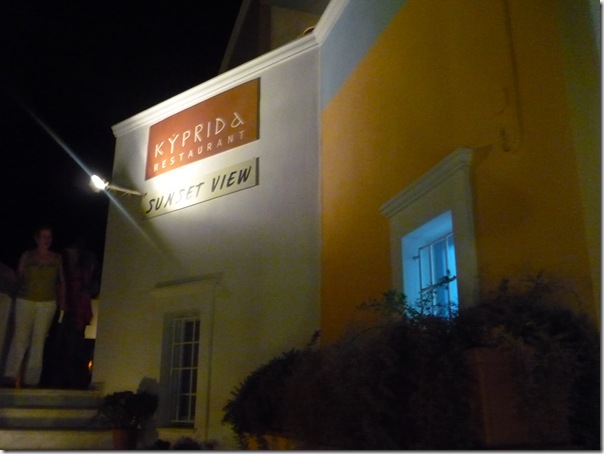 And so ended our last day on Santorini.