Australian PM and Foreign Affairs Minister Bishop have a highly developed sense of moral outrage. It comes, I think, from the desire to play to a domestic audience in circumstances where the external impact of their remarks beyond the nation’s borders has been relatively low. This attitude is not unique to them. It infected previous PM’s and the Australian media as well.

I make this point now because of MH17. Here I did  as I often do, spending some time to check press reporting in other countries. Noticeably, the official responses in other countries outside the US has been far more tempered. This includes the Dutch who, after all, have suffered the greatest loss of life and also the Malaysians whose PM lost a relative on the plane. .

I don’t know that I am very comfortable with a situation where Australia appears to be leading the global sense of international outrage. It’s not a universal sense of outrage, other stories such as Gaza are more important in some areas, but is certainly so among many countries who have been affected or where people travel. We can be as outraged as we like, but in the end it takes cool heads not domestic posturing to get results.

Mind you, my use of the words “domestic posturing” may be unfair. If my own emotional reactions are any guide, I am sure that that the PM feels very strongly. And yet, neither he nor Ms Bishop can actually afford to let emotions within a 24 hours news cycle set the Australian response. 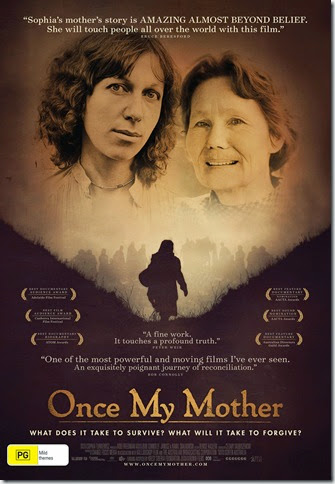 Frankly, I find the Russian response to the whole thing unbelievable. But cold, forensic analysis is required now if we are to have any chance of getting to the truth.

Last year I watched Remembrance, a film partly set in Poland. The film is based on the true story of      Jerzy Bielecki  and Cyla Cybulska. Jerzy was a Polish political prisoner sent to Auschwitz, Cyla a Polish Jew at the same camp. They met, fell in love, escaped, but were later separated.  Told that the other had died, they went their separate ways only to meet many years later.

The film changes key elements of the story, but provides a gripping picture of a part of Polish history. I mention this now in part because events in Ukraine reflect the historic past of that part of Europe, more because of the imminent release  of  Sophia Turkiewicz’s new documentary film, Once My Mother, another film with Polish connections.

The term New Australians has been largely forgotten now, almost discredited. It was, in fact, a public relations coup. How do you persuade an insular society still reeling from the Second World War, worried about its future and cautious of change, that  it must admit millions of new residents including refugees from countries that had recently been enemies? You make them one of us.

Assimilation is another now discredited term. However, it was also part of the necessary dialectic. These New Australians will assimilate and become one with us.

Many modern Australians have, I think, lost sight of the tragedy and complexity of European history over the first half of the twentieth century. I make this as a general comment, for at the same time many of the children and grandchildren of that first post war immigration wave are now (like Andrew Denton) seeking details of that past connection to illuminate their own life. In Andrew’s case, the story took him in part to Poland and the holocaust.

The story of Sophia and her mother Helen is a little different, but also part of the chaos of the time.

Sophia Turkiewicz is best known in Australia for her 1984 film Silver City focused on the story a shipload of Polish refugees coming to Australia. I haven’t seen the film. I must do so now.

Sophia’s relationship with her mother was complicated, in part because Helen placed her in an orphanage for two years. Sophia never properly understood why. She decided to do her mother’s story as a student film project, collected some material and undertook some filming, but the put the matter aside. Now, with her mother sliding into dementia,she took the project up again bef 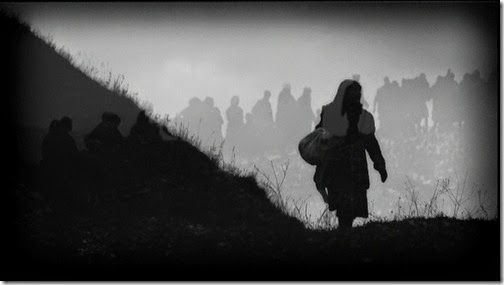 ore it was too late. In doing so, she found a little of her mother’s remarkable story, including the reasons why Helen had put her aside for a period.

The story is complex, but its start can be summarised in this way.

Following the German-Russian pact and the subsequent invasion and partition of Poland, up to 1.5 million Poles were deported from Soviet occupied Poland to Siberia. Conditions were very poor; tens of thousands died. Following the German invasion of the Soviet Union, the exiled Polish Government and Stalin reached a peace agreement. As part of this, an “amnesty” was granted to many Polish detainees who were to be allowed to join a new Polish army to be formed under the command of General Władysław Anders. The new army was to be under the control of the exiled Polish Government.

There were inevitable tensions between the Soviet authorities and what was, in effect, a foreign army on Soviet soil. Anders therefore decided to move his his newly formed force and the civilians who had joined them to Persia where they would come under British control. A 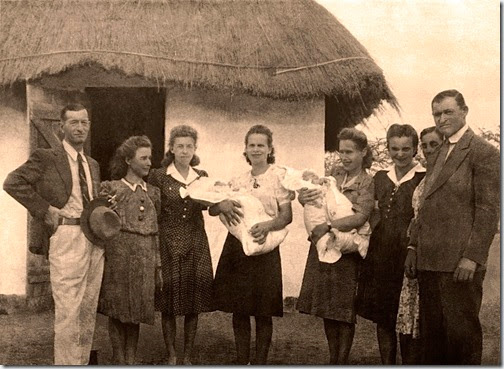 gain, there was limited transport so that people had to trek to to the Persian border. Again, thousands died.

Helen accompanied the movement to Persia. Then when the troops went on, she was relocated to a refugee camp in Northern Rhodesia, now Zambia where she was to sty for the next six years.

For the first time in her life, Helen had now found now found security and peace.  She also found love in the person of an Italian POW held in an adjoining POW  camp. Sophia was born.

With the end of the war, the Italian POWs are repatriated, leaving Helen alone again. Finally, as a single mother, she arrives by boat in Australia with her baby daughter. She speaks no English, has had no formal education and knows nobody. She puts Sophia in an orphanage. This is where the story begins. I gave the link to the film above, but just repeating it. It includes the trailer and background material.

Enjoyed this post. Agree with your comments about the Australia post WW2. Coincidentally just yesterday I was reading a very good review of The Far Country by Nevil Shute. Published in 1952 it tells the story so well of the "new Australians".

I'm pleased that you said what you did about Abbott and Bishops' response. It seems that the jump to outrage was almost instantaneous. The Dutch response is much more restrained and considered. I'm surprised that more people (in the media) aren't raising their eyebrows at the hastiness of it all.

Regarding the Dutch reaction, please read:

I was well aware of the popular Dutch reaction, Winton. I share the popular revulsion. My daughters could have been on that plane.

I accept that there are questions of judgement involved, but I don't think that Mr Abbott's outrage helped. The question of local reaction is important, but playing to local feelings does not help.

Sue, I haven't responded to your comment. My apologies. I really loved that book!

I am not sure if Mr. Abbott outrage had impact only on local feelings. Parts of his speech were televised in Polish news and commented on positively. General feeling was - Mr. Abbott understands the issue.
AC

Hi AC and apologies for my slow response. How interesting. Whereas I think that Mr Abbott was wrong in his approach, Winton took the opposite view here and in an exchange on Facebook.

As a matter of curiosity, what were the elements of Mr Abbott's outrage that featured on Polish TV?

It was not a long fragment; the point was highlighting Russia’s responsibility for the tragedy. In my opinion, this was of value even if the outburst was emotional and maybe not thought through. We became so pragmatic and immune to human tragedies around the world that to hear an emotional Western politician going over the top on such issues seems refreshing and appropriate in this situation. Europe, even in this case, is so diplomatic and pragmatic that soon we will all forget about the whole thing and trade happily with people who are responsible for killing so many. Even if it was an incident, there is no remorse.
AC