Sunday snippets – more about life and art than politics 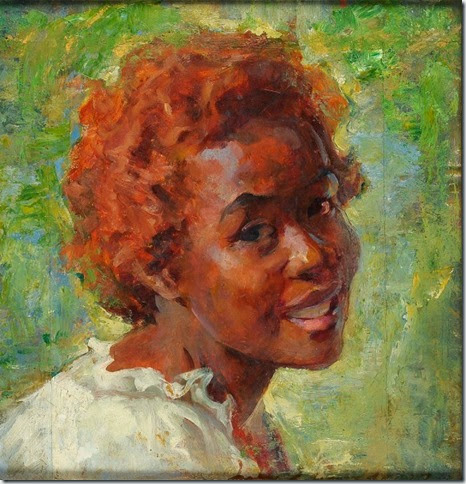 This is a  Mary Edward’s Suva Girl (1937) from Face to Face, one of the current exhibitions at the New England Regional Art Museum.  Face to face features paintings from NERAM’s large permanent collection.

As I write, the mystery of the Tamil refugee boats, or is it boat?, continues. Have they been intercepted, are they being interviewed by Skype, are they or some of them being handed over to the Sri Lankan navy? And so it goes on.

I don’t know how this one will end. However, there is something very tarnishing about it all. Those who follow this blog regularly will know that I accept the need to protect Australia’s borders. I was also inclined to accept the original Malaysia proposal on the grounds that it was least worse. We took more refugees while maintaining a tough line.

Where I parted company with this and previous Governments lay in my perception of the mistreatment of individuals. Bluntly, if we can’t rely on the Government to exercise a degree of sensitivity and compassion when it comes to the treatment of refugees, how can we rely on it to do the same for us? 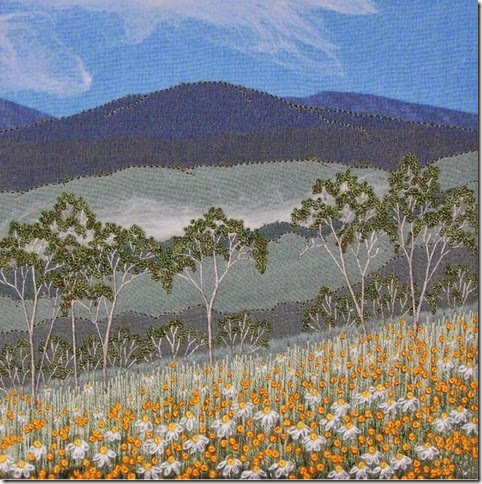 This next artwork  is from a second NERAM display featuring the works of Judy Wilford. Entitled Mist Rising, East of the Tablelands (2013) it is actually embroidered canvas.

I find Judy’s work quite beautiful. This piece does capture part of the essence of the New England Tablelands.

As you know, I write a lot on New England life and culture.

In Armidale Friday for a meeting of the New England Writers’ Centre Board I had lunch with my editor at NERAM Harvest. As we talked over lunch I started thinking just how important art is in making the character of an area accessible to a broader audience. Music does this too, perhaps even better if you think of the US case, but we presently don’t have quite the same depth in regional music in Australia. Its there, but it’s not collected and presented in the same way.

Returning to more serious matters, the scandal engulfing the Commonwealth Bank’s financial planning arm kind of came to a head this week. This has been a sorry tale, too complicated for me to try and explain in detail. In essence, and as i understand it, financial planners driven by performance incentives ripped Bank clients off. I was going to say that the Bank now has to pay the price, but in reality its clients have paid. It is now scrambling to compensate.

Australian conglomerate Wesfarmers is celebrating 100 years. During that 100 years, there have apparently been just  seven Managing Directors; Wesfarmers prefers that term to the new fangled CEO. Seven in 100 years compares to the broader Australian corporate sector where, according to the Australian Financial Review, the average tenure of a CEO among the top 200 ASX listed companies has dropped to 4.2 years compared to a longer term average of 4.9 years. Wesfarmers is apparently considering the longer term issue of a replacement  for current CEO Richard Goyder. Given Wesfarmer’s management depth and stability, it seems certain that the appointment will be an internal one.

There have been very many major changes in Wesfarmers over the last 100 years and especially in recent decades. Still, the company has had the stability to manage those changes.

This is another painting from NERAM’s Hinton Collection, Arthur Streeton’s Canal Scene, Venice 1926. The post continues after the photo. 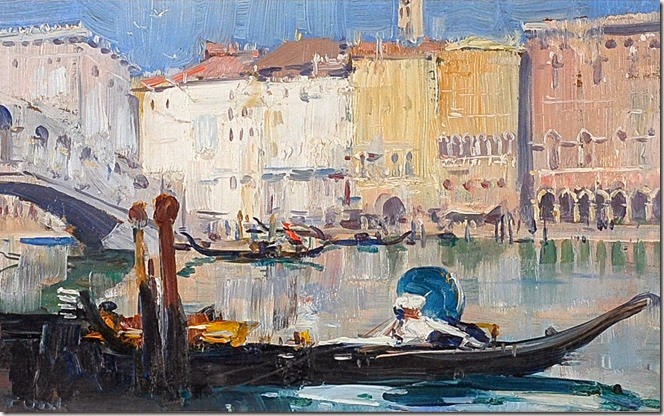 After the NEWC Board meeting, I wanted to write up my notes from the day, to consolidate my impressions. I fear that I was a little extravagant.

Sadly, I am not yet aware of any New England liqueurs. I am sure that there are some. Instead, I had a Sambucca and black coffee sitting in a big arm chair in front of the fire. Bliss!

Memo to self: go to NERAM Harvest for dinner when next I'm in Armidale.

The dinner wan't there DG, but NERAM Harvest is certainly worth a visit.

"Bluntly, if we can’t rely on the Government to exercise a degree of sensitivity and compassion when it comes to the treatment of refugees, how can we rely on it to do the same for us?"

You mean like single parents thrown onto the dole; those reliant on medicare, those who would have to wait 6 months for a dole payment?

I wonder if the lack of regional art is linked to our recent settlement and that moving around was easier for people here.